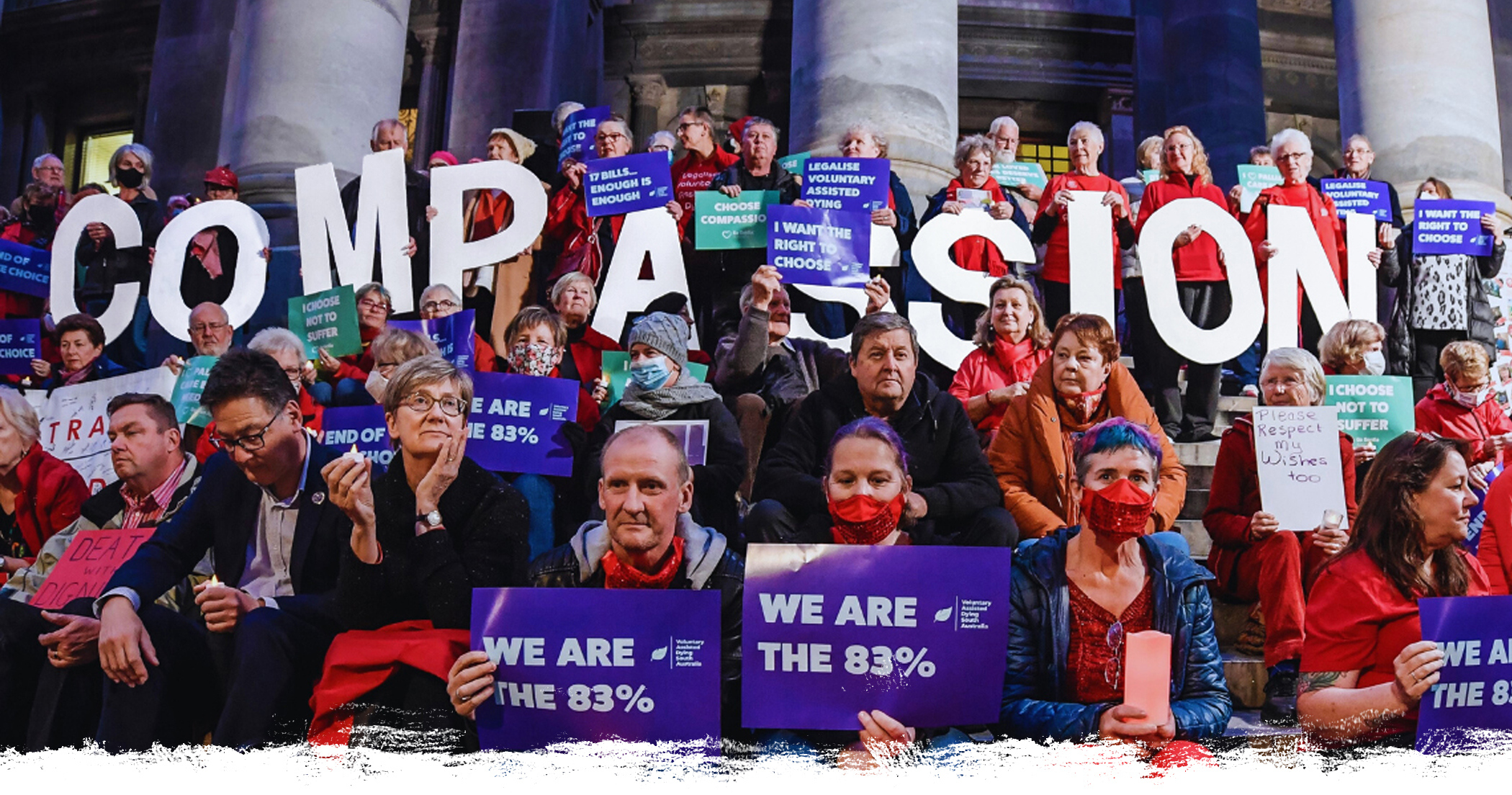 Only 5 years ago, NOBODY in Australia had access to legal Voluntary Assisted Dying. Then, in July 2016, Andrew Denton formed Go Gentle Australia.

Fast forward to 2021 and almost 12 million Australians now have (or soon will have) access to a more compassionate end of life choice. Four states -- Victoria, Western Australia, Tasmania and South Australia. NSW and Queensland will debate bills later this year.

So how did this happen?

Before Go Gentle was formed there had been 50 unsuccessful attempts to pass voluntary assisted dying laws across Australia. All had been voted down by MPs reluctant to change the status quo despite overwhelming public support for the reform. New tactics were needed. In Victoria, we elevated the public conversation, directly challenged the entrenched medical and religious arguments against change, and provided evidence-based materials to MPs to convince them to support this law.

The new approach worked. In 2017, after a gruelling debate, Victoria passed its landmark assisted dying law. Since then, we have worked tirelessly to create a free library of resources that helps MPs wherever they are to vote for assisted dying laws with confidence.

We work behind the scenes to make submissions to parliamentary enquiries, correct misleading information and connect specialists in Victoria with legislators in other states grappling with how to pass these laws. And we work with all the dedicated volunteers across Australia, who have been involved with this issue for a long time, sometimes decades.

But we cannot do it without your help.

Half of all Australians - 12 million people in two states and the territories - still do not have access to these laws. In our fifth anniversary year, we need your help to get legislation over the line in these jurisidictions. The situation is particularly complicated in the ACT and the Northern Territory, where parliaments are not even allowed to consider assisted dying legislation.

Please chip in to celebrate Go Gentle Australia's fifth birthday and help us achieve Voluntary Assisted Dying laws for all Australians and spark better conversations around our end of life choices.


Other ways to donate

Leave a bequest
To leave a gift in your will, please click here for more information.

Tax deductible receipts
For donations into our bank account, please send an email to [email protected] with details of your donation, including the date and amount, as well as your full name and address so we may issue a receipt for taxation purposes.

All donations over $2 are fully tax deductible. All online transactions are processed securely.