More than 150 people rallied outside NSW parliament to urge the Upper House to prioritise debate on the Voluntary Assisted Dying bill, saying too many people had already died waiting. 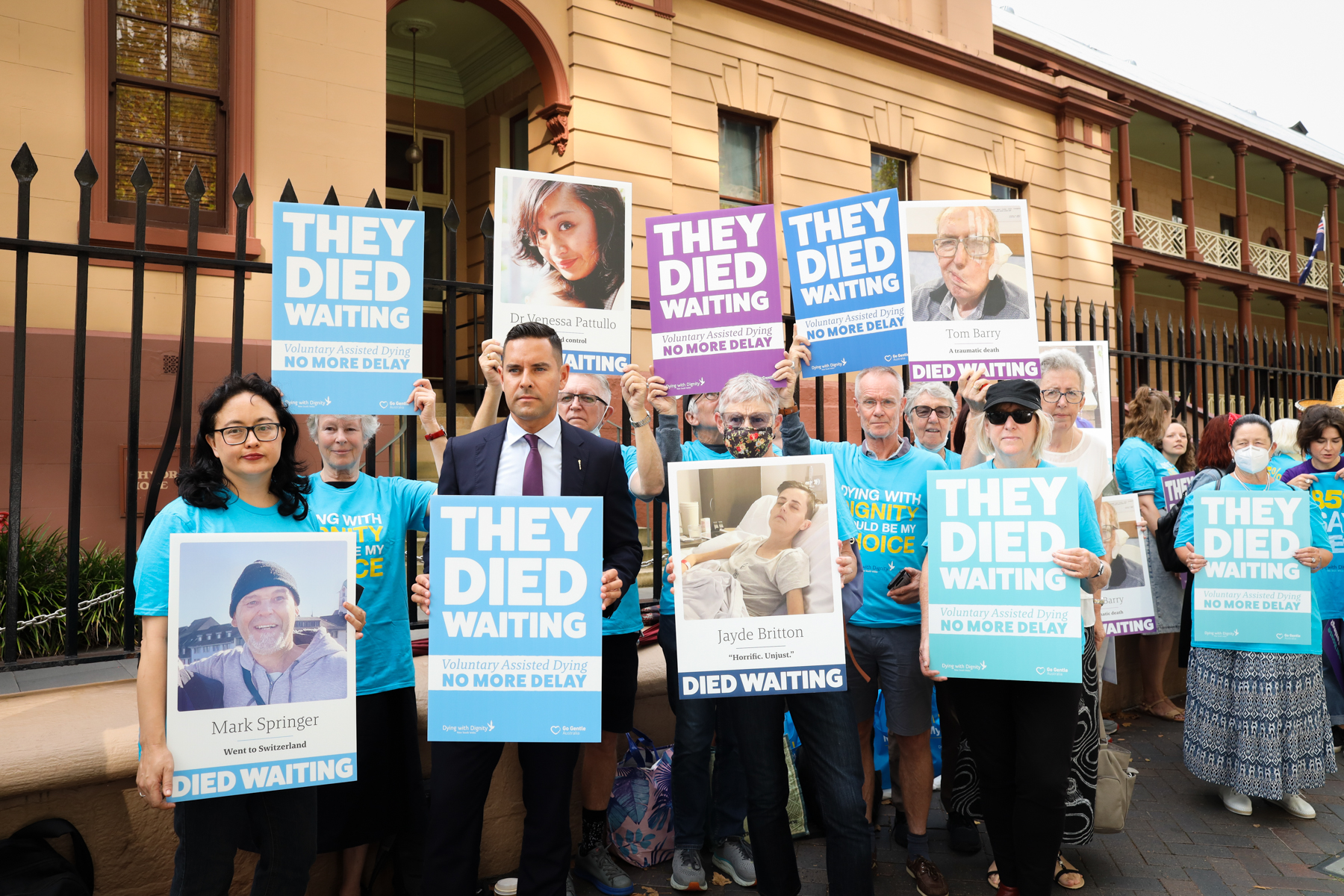 Go Gentle and Dying with Dignity supporters gathered outside NSW Parliament to show our politicians we will not accept delays to the Voluntary Assisted Dying Bill.

The message was clear: too many people have already died waiting for this compassionate law to be passed. Parliament must get on with it and do its job.

We also made a splash with two full-page ads in Sydney newspapers (below) and secured extensive media coverage, including a moving radio interview by VAD advocate Bertie Daniel with Ray Hadley. Listen here 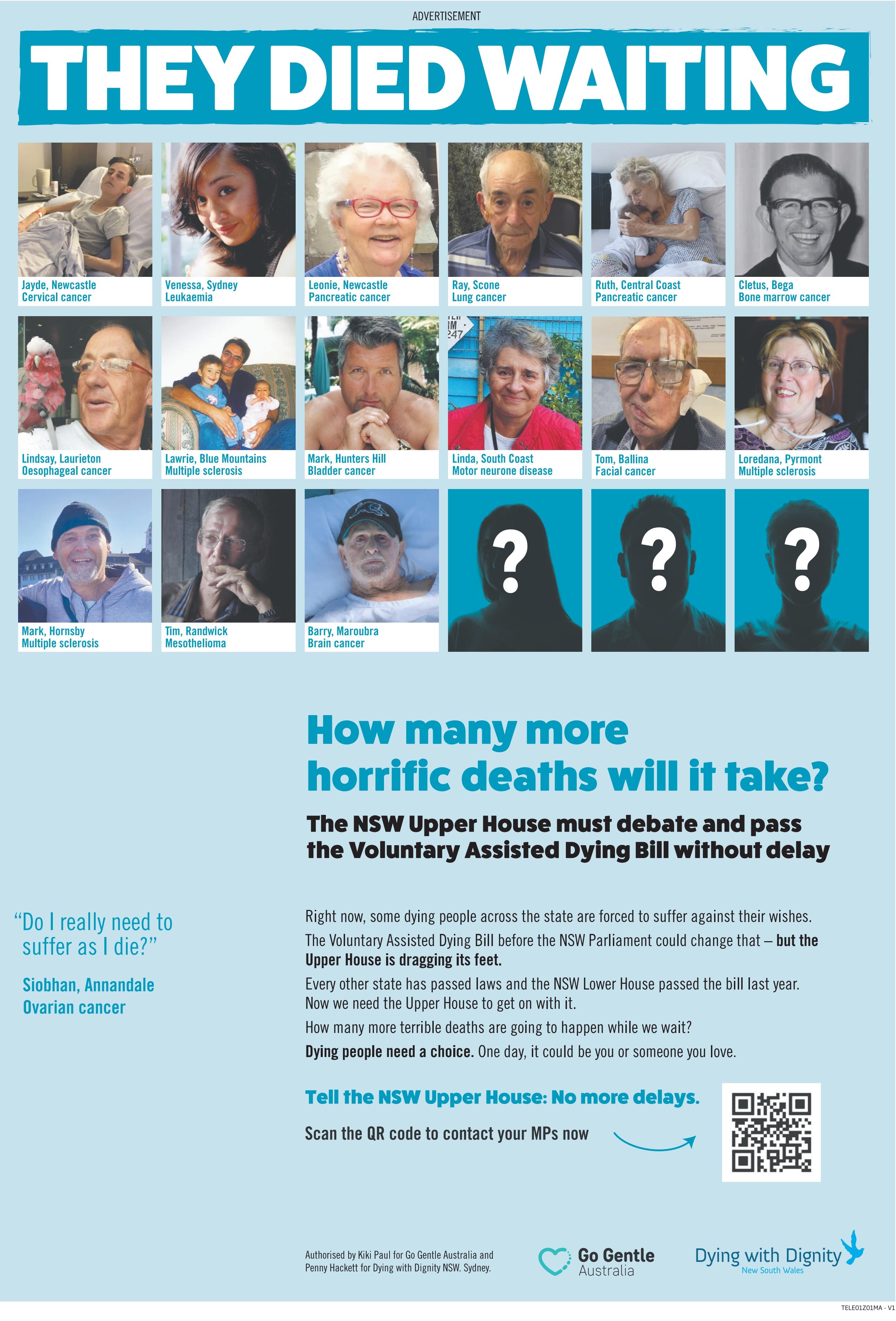 Debate on the proposed legislation, which comfortably passed the Lower House last year, is moving slowly with the Government reluctant to allocate enough time for full consideration.

At present debate is limited to just a couple of hours on the Wednesday of each sitting week. With only a handful of sitting weeks remaining there is a real risk there will not be sufficient time to deal with the legislation this year.

Our placards show photos of people who died waiting for this law to be passed in NSW. Many people travelled from across the state to hold their loved ones' photos, which was especially poignant.

Kiki Paul, Go Gentle Australia's CEO, said there was an urgency to get this law passed.

“Dying people across NSW are being forced to suffer against their wishes. The Voluntary Assisted Dying Bill before Parliament could change that - but the Upper House needs to make the Bill a priority and allow extra debate time," Ms Paul said. 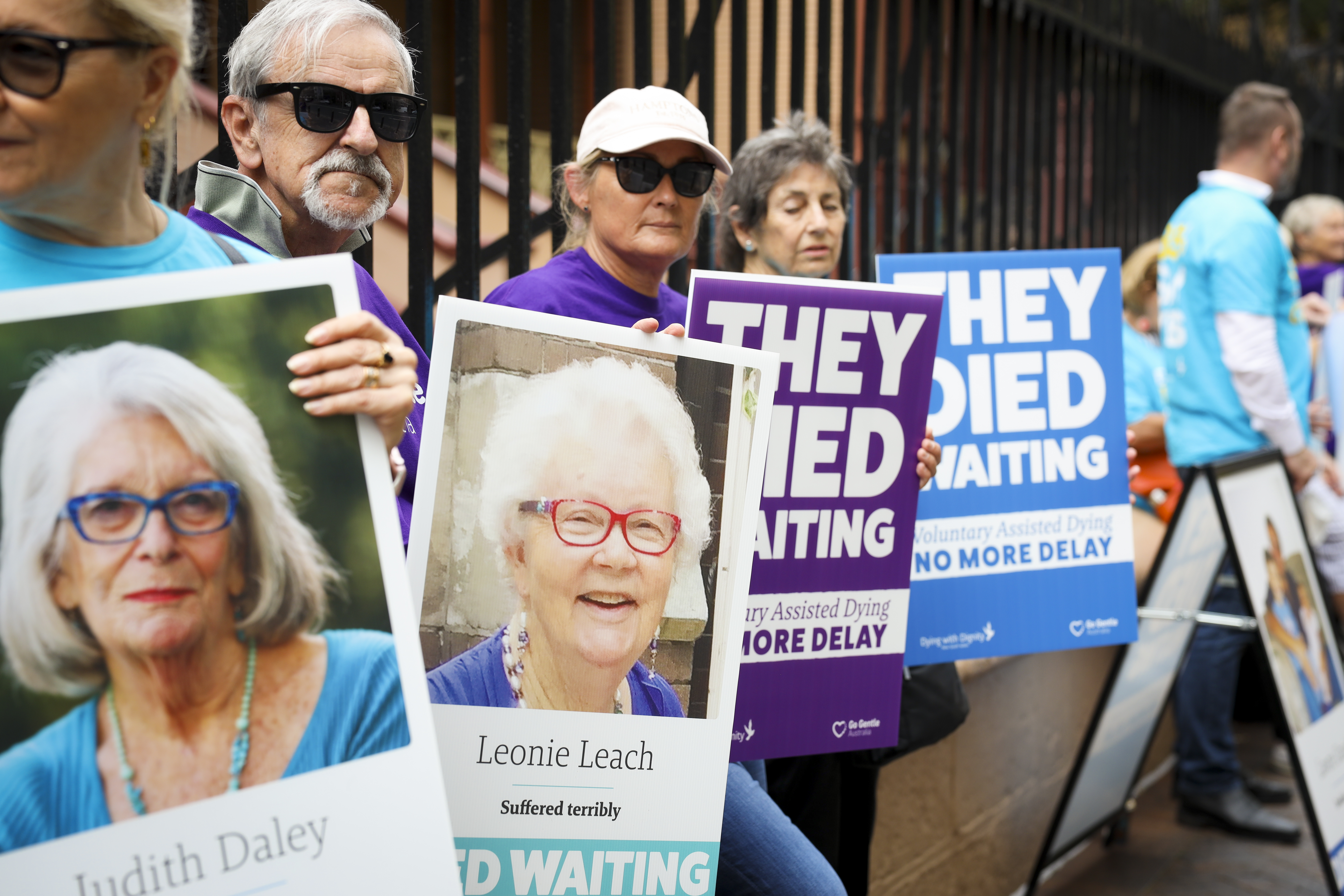 “How many more people have to die bad deaths before our politicians give us the same rights at the end of life as Australians in every other state?"

Ms Paul said the trauma was far reaching. "It goes beyond the person who is dying. It affects all those left behind – loved ones, nurses, first responders – who have to pick up the pieces."

The sheer number of these stories is a sad indictment on a situation in which terminally ill people are not allowed to decide for themselves the circumstances of their own deaths.

“This prohibition on voluntary assisted dying cannot be allowed to continue.

“NSW is now the only Australian state to deny its citizens the choice of Voluntary Assisted Dying.

"The Upper House cannot just sideline this bill in the hope it will go away. Every Upper House MP has a duty to get on with it and finish the job.” 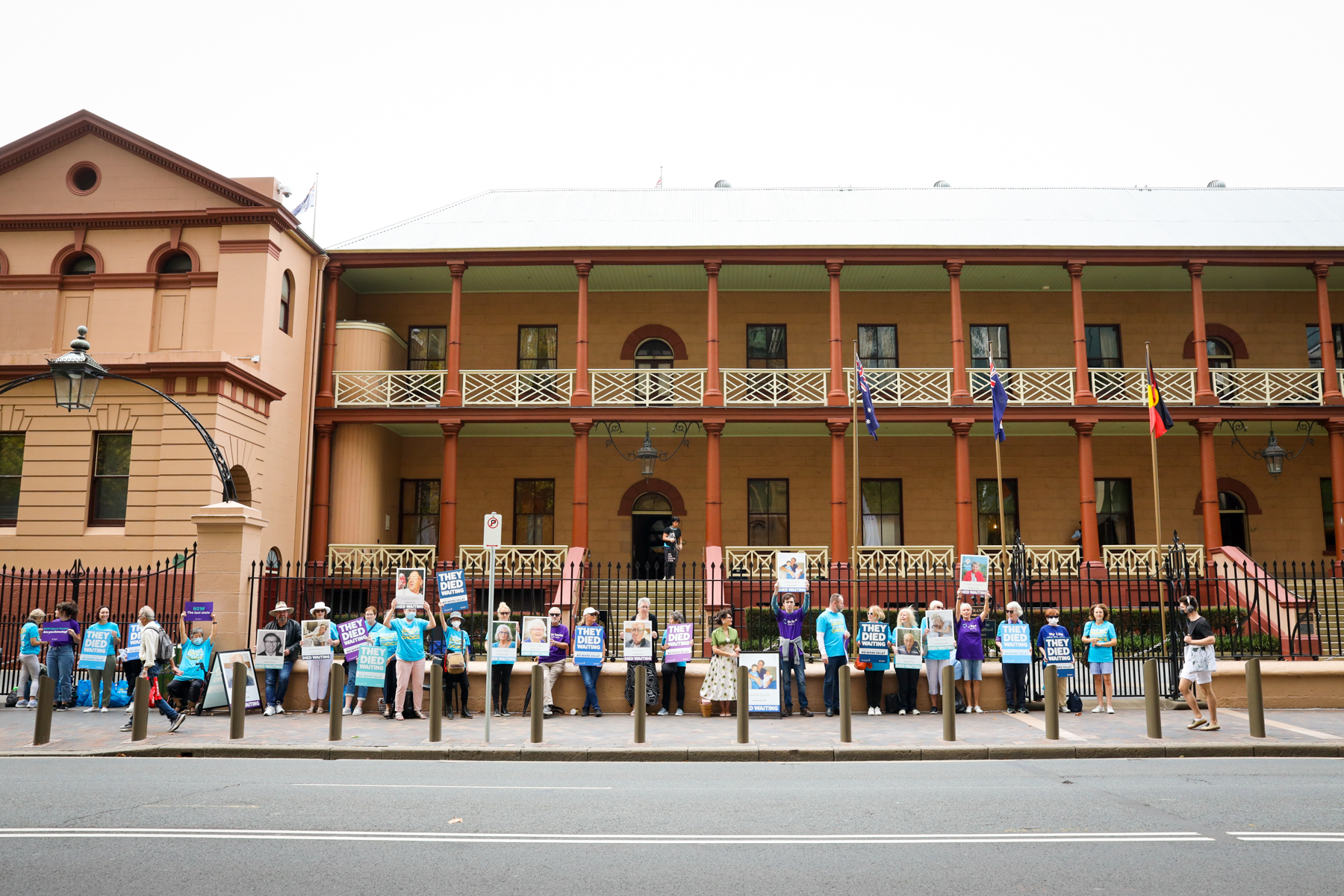