It is time to follow Victoria's compassionate lead on assisted dying

Go Gentle Australia congratulates the people of Victoria for achieving what no other Australian state has been willing to do – implement a safe and workable assisted dying law. 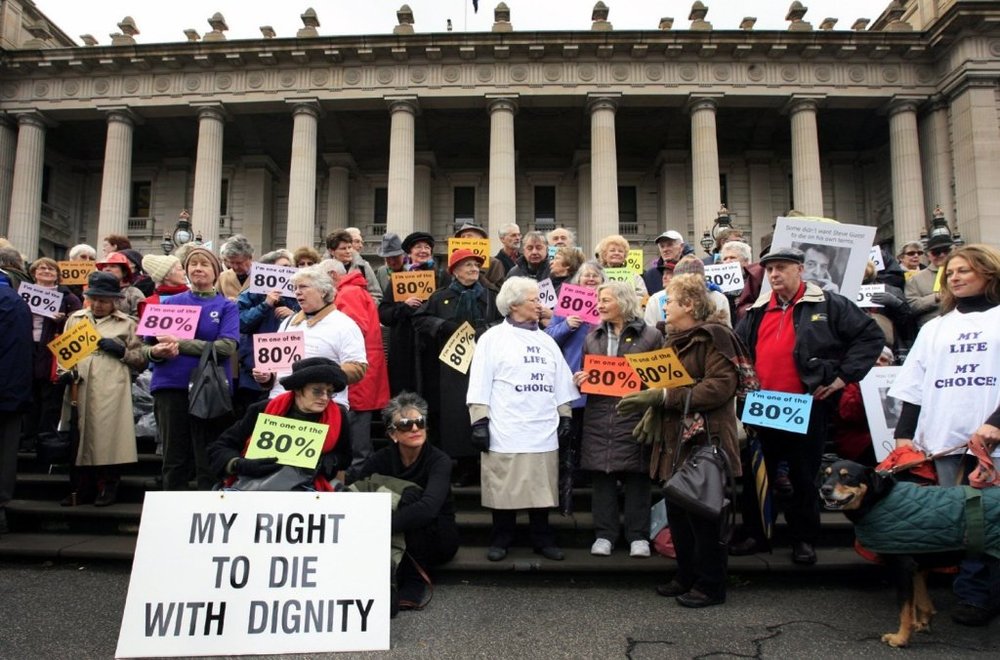 "Not only is this law long-desired and long-supported by an overwhelming majority of Victorians, it is also one of Australia's most outstanding examples of evidence-based policy making,” Mr Denton said

“That is not just my assessment but the consensus view of the right-leaning Institute of Public Affairs and the left-leaning Per Capita Australia,” he said.

“The Victorian Voluntary Assisted Dying law has set the benchmark for how public policy should be designed and implemented in this country. The question now is not if, but when other States will follow Victoria's compassionate lead," Mr Denton said.

Go Gentle worked closely with all stakeholders in Victoria to ensure debate was framed around facts and an evidence base, and not scare campaigns designed to sow uncertainty and doubt in the minds of politicians.

Go Gentle’s CEO Kiki Paul said the community consultation and resulting law were examples of democracy working at its best.

“From the comprehensive year-long parliamentary inquiry process and consultations to the debates in parliament and the 18-month implementation period, this is one of the most debated, and most prepared-for, reforms the country has seen,” Ms Paul said.

“The Government’s leadership of the parliamentary inquiry process and its sponsorship of the resulting Bill were crucial factors in its success, as was the Opposition’s commitment to allow a conscience vote,” she said.

“Special mention must also go to Victorian MLCs Fiona Patten and Colleen Hartland for their courage and determination in pushing for the parliamentary inquiry that initiated the process.”

Ms Paul said other Australian states and territories – and indeed jurisdictions around the world – are closely watching Victoria as the law is implemented.

“We are confident the law will be rolled out in a safe and consistent way that will give terminally ill Victorians real choice at the end of their lives and an option not to suffer unnecessarily,” Ms Paul said.

“Yet three quarters of Australians still have no access to an assisted dying law. The Rule of Law requires that law must apply equally to all. Clearly this is not the case in this field in Australia.

“Victoria has given us a principled road map on how these laws can be rolled out – now it is up to parliaments and individual politicians to not stand in the way of more compassionate end-of-life choices for all Australians.”