Tasmania has again made history with the House of Assembly voting 17 to seven to send the End of Life Choice Bill to a third reading. The vote is the best indication yet that Tasmania is set to become the third Australian state to legalise voluntary assisted dying. 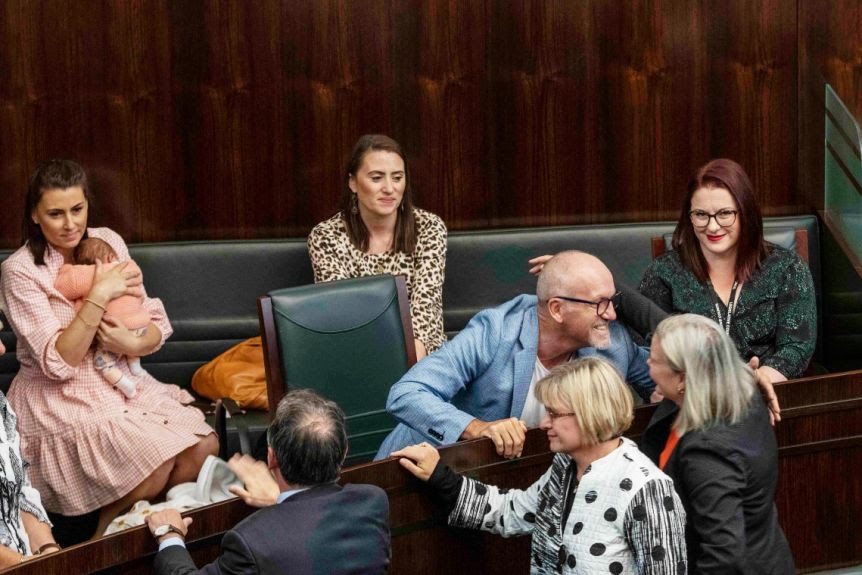 The emphatic vote followed impassioned speeches for and against the bill, the fourth of its kind to come before the Tasmanian parliament.

The margin suggests the Bill is likely to become law. If it passes, Tasmania will join Victoria and WA in allowing assisted deaths.

No other VAD Bill has made it so far in the Tasmanian parliament.

The significant Lower House vote is the latest in a string of firsts for the Tasmanian bill. In November, it was passed unopposed by the Upper House, the first time assisted dying legislation had been endorsed unanimously by a legislature anywhere in the world.

“Congratulations to all involved in getting this Bill this far, particularly Independent MLC Mike Gaffney, Your Choice TAS founders Jacqui and Natalie Gray (pictured above) and Dying With Dignity Tasmania,” Ms Paul said.

“A special thank you to Member for Bass Sarah Courtney for taking on the carriage of the Bill in the House of Assembly. Her speech was one of the best evidence-based justifications of assisted dying that we’ve heard.”

Those supporting the Bill included all Labor and Greens members and seven Liberal MPs including Premier Peter Gutwein, Deputy Premier Jeremy Rockliff, and Speaker of the House Sue Hickey.

Premier Gutwein said he was backing the Bill “because I believe in the freedom of choice”. Mr Gutwein had earlier allowed his Liberal colleagues a free vote on the issue.

Labor leader Rebecca White said she was voting Yes because VAD was “a human rights issue”.

"People are suffering cruel deaths. Sometimes lonely deaths, sometimes traumatic deaths, and as a society I feel very firmly that we must do better to alleviate the suffering and provide dignity and peace to people in the final stages of life," she said.

Debate on the bill will now be the first order of business when the House of Assembly resumes sitting in the first week of March 2021. During the third reading, or committee stage, MPs will scrutinise the bill clause by clause.

Before then, MPs will receive an independent report on the legislation by a panel of experts from the University of Tasmania. The report will compare the legislation with other VAD laws in Australia and from around the world and advise on any policy implications.