I started walking a week ago and was scared. I shouldn't have been

I have a confession to make: I was wrong.

One week ago when I started walking, I was scared that people would judge my mum, and judge me.

I expected criticism, scepticism and negative mail. To be booed off the steps of Parliament House and told to sit in a corner where I belong.

Instead, the opposite has happened.

In the past 7 days, Australians from around the country have left me speechless with their support and solidarity. 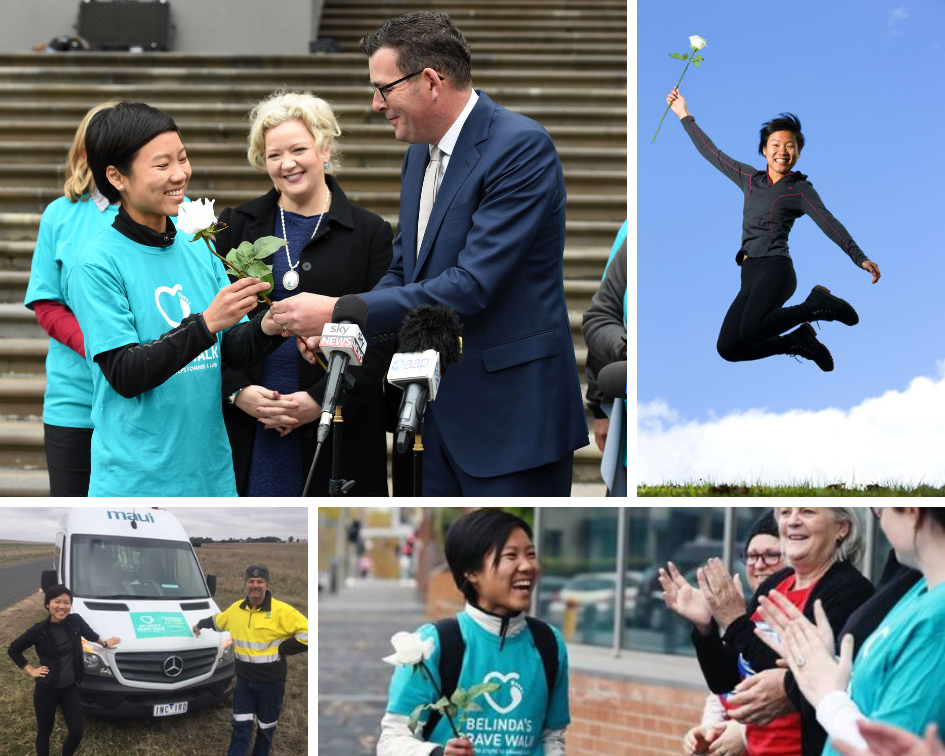 The encouraging letters, emails and messages have become so numerous that I'm struggling to reply to them all. Complete strangers have shown up along my route to cheer me on, to give me hugs, and buy me hot chocolate.

In Victoria, the Premier, Attorney General, Health Minister and other community leaders stood with me and stated that they, and the people they represent, are with me every step of the way.

Most importantly, people are now sharing their own stories of how family members have died in a way that they find unacceptable due to the lack of an assisted dying law, and they want things to change.

I've never been so heartbroken, yet so determined at the same time.

When you look at what's happening in our community, it's so easy to say it's too hard to change the law, and to give up.

But the bravest thing of all is to hope.

That's what my mum did, and it's her message of hope that I will continue to share as I travel across the country over the next few months.

We can change the law, but we have to be brave enough to believe it.

Thank you all who have joined me on this journey so far. I couldn't do this without you.

I hope to see you soon!