A 63-year-old terminally ill woman from Perth has become the first identified Western Australian to use the state’s Voluntary Assisted Dying law.

WARNING: Aboriginal and Torres Strait Islander readers are advised that the following story contains images and names of a deceased person. She and her family have given explicit permission for her name and image to be used. 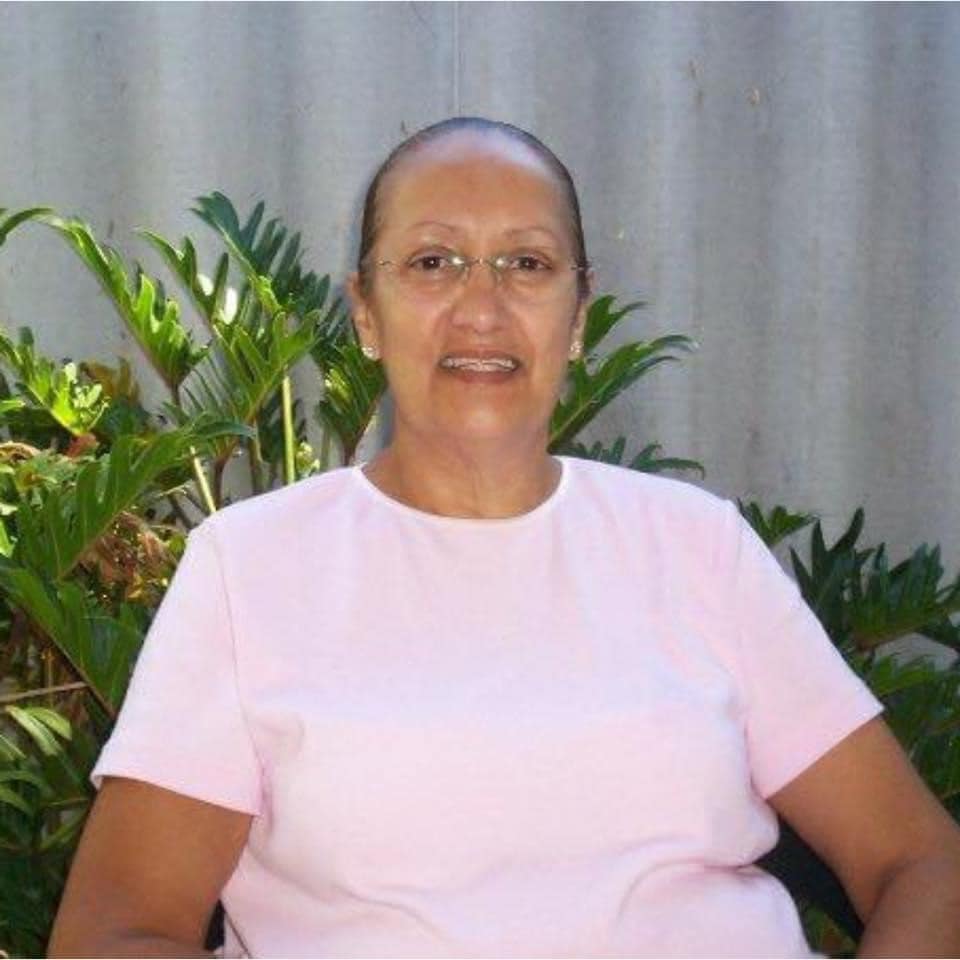 Mary-Ellen Passmore*, a Wongatha-Yamatji woman, died in Perth on 29 July from motor neurone disease (MND). She was one of the first to be assessed under Western Australia's Voluntary Assisted Dying Act.

Her children, Chontall and Challan Edwards and Charleton Skelly, sister, partner, and medical staff were at her bedside. The family described her death as “beautiful”.

“All were singing along to 'Hallelujah', including her doctors,” her sister said.

Read the story in The West Australian

Read the story on SBS Online

The family said Mrs Passmore had confirmed her choice multiple times before accepting the medication. She thanked her doctors and VAD coordinator and “gave them her love”.

Mrs Passmore had applied to be assessed for VAD soon after the law came into effect on 1 July.

Mrs Passmore's death followed Premier Mark McGowan's announcement earlier this week that the first person in WA had made use of the Voluntary Assisted Dying law. That person remains unidentiifed, at the request of the family. 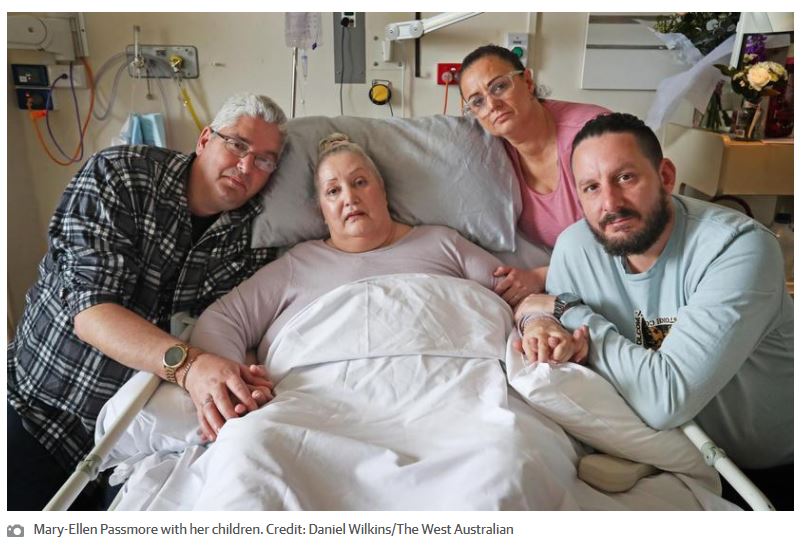 “I feel very honoured to choose when and where I can die,” Mrs Passmore said. “I am excited because I won’t have to suffer any more."

Mrs Passmore's family issued a brief statement after her death, saying she had received excellent care from everyone involved in the VAD process.

“We wish to express our gratitude that our proud Black mother, daughter, grandmother, sister, aunty, niece, cousin, godmother, friend, and mentor Mary-Ellen Passmore has been able to have her choice of a dignified death, voluntary assisted dying, finally fulfilled.

“We love you. We are proud of you. We always will be.

“We wish to thank the campaigners, the medical professionals, the families, and the state politicians who fought for the right thing - for the law to catch up and allow for choice and dignity.

“We would especially like to acknowledge and give our loving thanks to those who did not get to have the choice, and those who love them, for sharing their hearts and stories to help bring about this reform. We see you. We hurt for you. You are in our hearts and minds.”

Mrs Passsmore (pictured below at top left, with her mother, daughter and grandaughter) said she felt “privileged and grateful” to have the choice of an assisted death. 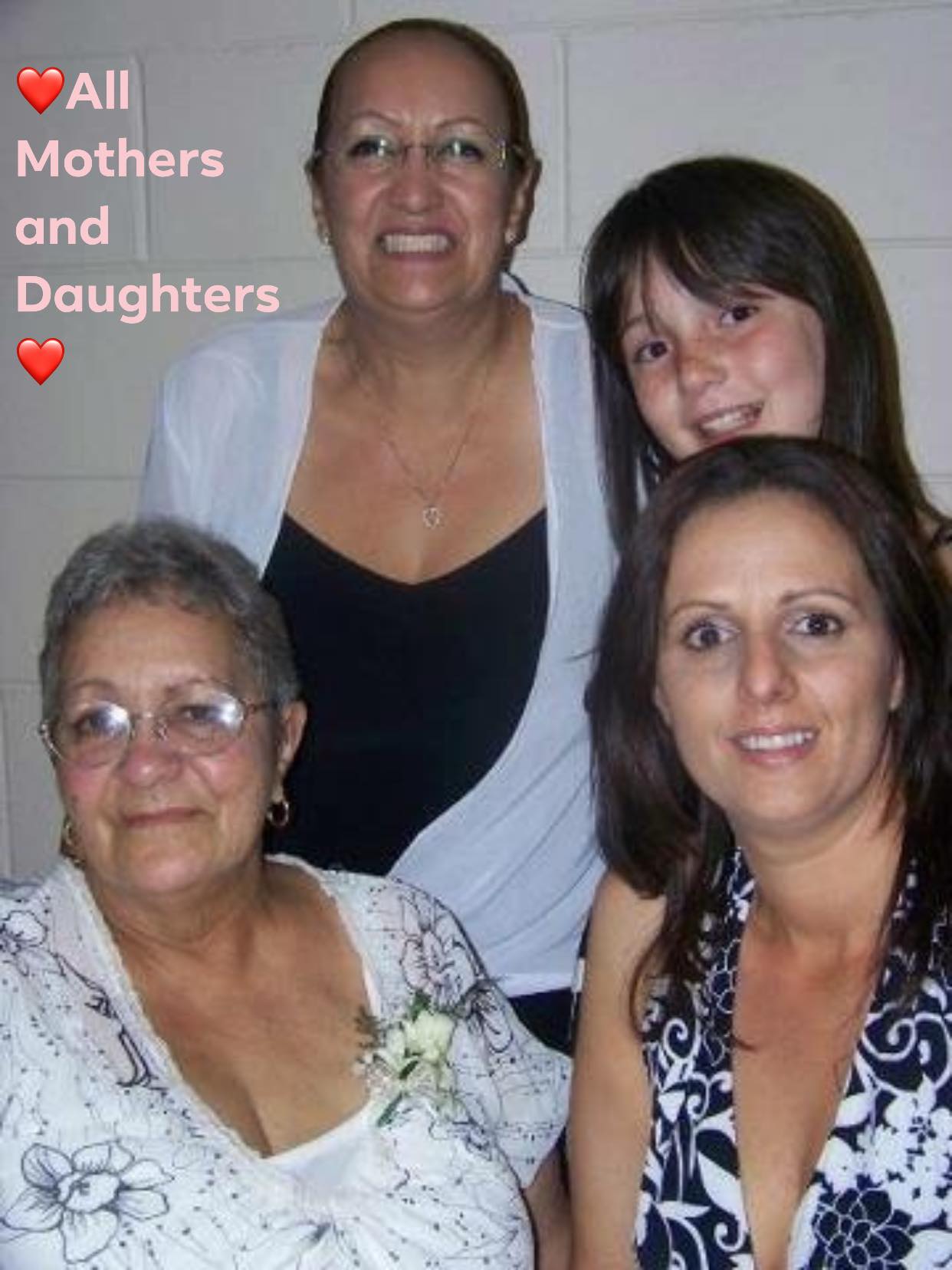 She had lived with MND, a degenerative neurological condition, for up to 12 years and received a formal diagnosis in 2015. In the past few months her pain had become unbearable.

She had become totally bedridden, had difficulty speaking and swallowing and was fed through a tube.

“It is terrifying being trapped by your own body and it’s a relief to know there will be an end to my suffering,” she said.

Her niece, Melanie Cottam, said her Aunt believed VAD was about compassion and dignity.

“She believed that no-one, especially a strong Black woman, a leader, should have to suffer a slow, undignified, painful death, which is what would have happened if she didn’t have the option of VAD,” she said.

Ms Cottam said before the WA Parliament passed the VAD law in 2019, the only options her Aunt had to end her suffering was to starve herself to death, or to take her own life.

“Aunty had been saying for years, to many people ‘I’ve had enough’. We are all very supportive of her choice and relieved that she is no longer suffering."

Born in Geraldton on Yamatji country in 1957, Mary-Ellen Passmore, the eldest of seven children, “was a big woman in every sense – commanding, tall, vivacious, outspoken, generous, wholehearted”, her family said.

She had been a longstanding advocate for the rights of Indigenous people. She was heavily involved in Indigenous education and health policy, especially mental health.

“She was very generous – almost to a fault. She always gave whatever anyone needed, or just because she could. She got great pleasure from the act of giving.

“Her home usually had someone staying there who needed a safe place. People were her main hobby. Aunty always had visitors, or was visiting others, meeting people, writing to people or on the phone to someone.

“She had a passion for fine foods, especially cooking good food with authentic ingredients and having as many people as possible over to eat it.

“The last few years of her life had become increasingly difficult to do the things in life that brought her joy.”

“The MND society had a massive impact on her life; nothing was too much hassle for them, from specialised wheelchairs, to food, to psychological support.”

Mrs Passmore is survived by a her extended family, including her partner, three children and 14 grandchildren. She will be buried on Wongi country in Kalgoorlie alongside her two brothers.

*Mrs Passmore and her family have given permission for her name and images to be used after her death.

Find out more about the WA VAD law