Queensland nurses overwhelmingly back the introduction of Voluntary Assisted Dying laws with safeguards, a poll and survey from the Queensland Nurses and Midwives Union has found. 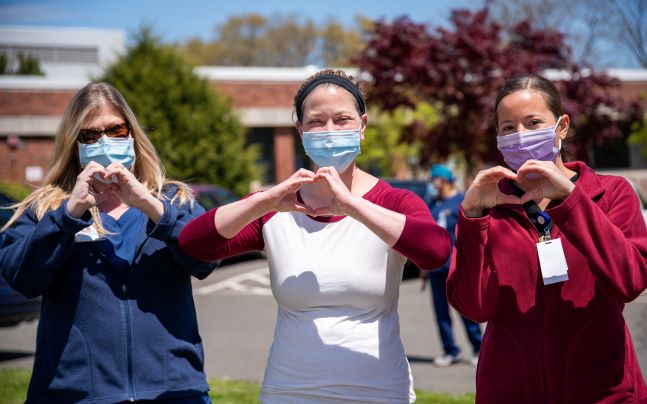 The QNMU polled its members about the issue in February, releasing the findings in a submission to the parliament’s Health and Environment Committee.

“We asked [our members] if they supported ‘in principal’ the legalisation of voluntary assisted dying in Queensland. Almost 87% of the 3,495 respondents said yes,” the peak union said in its submission, which is publicly available on the Queensland parliament’s website.

The union also surveyed its 66,000 members about the specifics of the proposed Queensland Voluntary Assisted Dying law.

“We then completed a follow up survey of our members in June, asking about specific aspects of the draft Voluntary Assisted Dying Bill 2021.

“Of the 3,678 respondents, the majority supported these sections.”

Kiki Paul, Go Gentle Australia’s CEO, said nurses consistently ranked among the most trusted professionals. Their strong backing for VAD came as no surprise given they worked at the frontline of patient care.

“Nurses are the ones who accompany patients through diagnosis, treatment and the dying process. They witness more than anyone else the extreme suffering that some people experience,” Ms Paul said.

“This suffering can have a terrible impact, not just on the person, but also on their family, friends and carers.”

The QNMU said it was comfortable that the survey results aligned with community sentiment.

A YouGov poll commissioned by the Clem Jones Trust last year found 77% of Queenslanders supported laws that would allow VAD in circumstances where a person was in the late stages of advanced disease. A Vote Compass survey taken at the 2019 federal election similarly showed support for VAD in Queensland at 82%.

Ms Paul said the poll and survey results should reassure Queensland MPs ahead of their vote that frontline health workers supported allowing terminally ill people a choice at the end of life.

She said the nurses' support was not at the expense of other end-of-life care, including palliative care.

“Nurses understand that no-one is arguing that palliative care should not be well resourced,” Ms Paul said.

“VAD does not cut, jeopardise or replace palliative care. It is not an either-or scenario. In fact, evidence from overseas and from Victoria shows that in jurisdictions where VAD has passed, the palliative care sector has only benefitted.”

Ms Paul said members of the QLD4VAD Alliance, which includes the QNMU, doctors and paramedics, and other community groups, welcomed the government’s announcement of an additional $171 million over six years to improve palliative care services in Queensland.

She said the individual members of the Alliance would continue to lobby for more resources for palliative care. “This can and should happen at the same time Voluntary Assisted Dying is implemented.”

With the parliamentary vote on VAD less than a week away, Ms Paul said Go Gentle was urging MPs to listen to their conscience and do what’s right for terminally ill Queenslanders.

“We call on MPs to listen to the nurses, paramedics, carers and constituents. Please put aside political and religious beliefs and vote decisively to put an end to the suffering.”

Read the QNMU’s submission to the Health Committee here