Veteran of the voluntary assisted dying movement, Dr Rodney Syme AM, has been named among Victoria’s nominees for the 2021 Senior Australian of the Year. 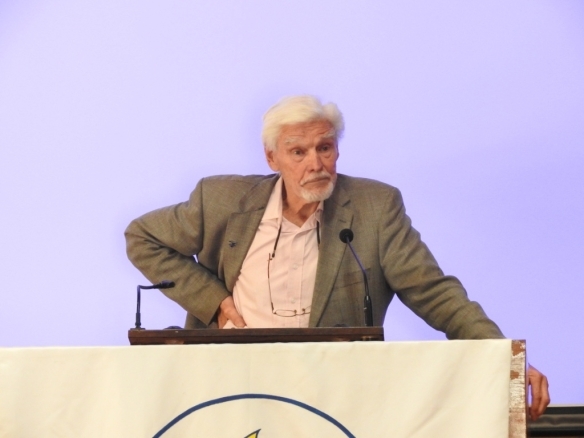 The Australian of the Year Awards website said the four award recipients from Victoria will be announced by the Governor of Victoria, Her Excellency The Honourable Linda Dessau AM in an online, livestreamed ceremony at 6.30pm on Tuesday 27 October 2020.

The Victoria recipients will then join the other state and territory recipients as national finalists for the national awards announcement on 25 January 2021.

“His beliefs around voluntary assisted dying – that patients who are suffering unbearably should be able to ask their doctors for help to die – are shaped by the many suffering people he has treated.

“Were all Australians to display Rodney’s courage and commitment to our most vulnerable citizens, we would have a remarkable society indeed.”

The Australian of the Year Awards website said Dr Syme was nominated for his more than 40 years of voluntary assisted dying advocacy and for his services to urology.

For more than 40 years, Dr Syme, 85, has challenged the laws on voluntary assisted dying.

With compassion and care, Rodney helped frame the successful legislation of voluntary assisted dying in Victoria in 2017 and Western Australia in 2020.

Rodney has counselled more than 2,000 patients, risking prosecution and his reputation by assisting terminally ill Australians who wish to die with dignity. His book 'A Good Death' recounts some of their stories. He also authored 'Time to Die', which argues for giving the right to assisted dying to those in unbearable pain.

Rodney was chair of the Victorian Section of the Urological Society of Australasia from 1990-92, and the Urology Study Group of the Cancer Council of Victoria from 1992-94. In 2017, he received the Australian Humanist of the Year Award.

Read more about the Victorian nominees across all categories in the Bendigo Advertiser.