A group of South Australian MPs has committed to introduce a voluntary assisted dying bill "within weeks".

Labor MLC Kyam Maher has announced he will push ahead with a private member’s bill to parliament this year, despite a parliamentary inquiry Committee stopping short of recommending a law.

Mr Maher said the bill would be modelled closely on the law operating in Victoria, which he described as conservative and one of the safest of its kind in the world. 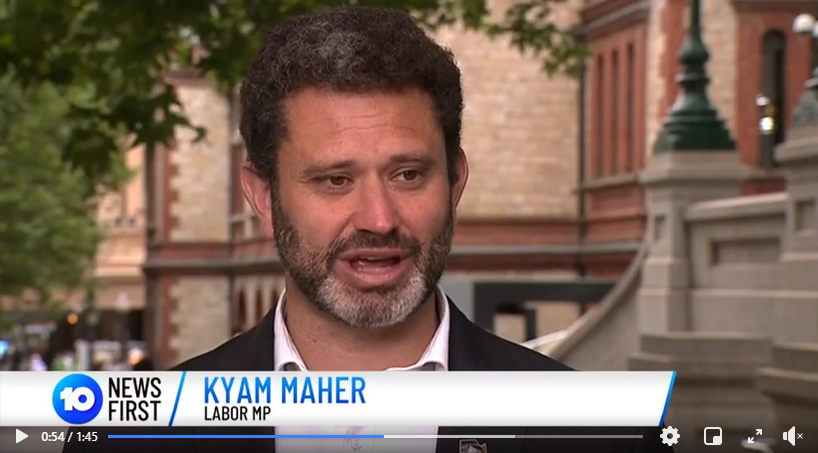 In October, SA’s joint parliamentary inquiry into End of Life Choices stopped short of recommending the government introduce a voluntary assisted dying law after more than a year of research, public submissions and consultation.

The Committee said it “wished it noted that Members of the Committee held divergent views on the issue, with some being supportive of legislative change, while others were not”.

It said that while public consultations had revealed “a degree of praise” for Victoria’s implementation of its law, “many were critical of its excessive caution and multiple safeguards that presented dying patients with too many barriers to surmount”.

As a result, parliament “should monitor and review the outcomes of the systems in Victoria and Western Australia”, before embarking on any VAD bill in South Australia, the Committee said.

“It is disappointing that, after more than a year of research by the inquiry and the collection of evidence supporting legislative reform from around Australia and from overseas, there was no recommendation for a voluntary assisted dying bill in South Australia,” Ms Paul said.

“Victoria’s voluntary assisted dying scheme has now been operating for more than a year. In overseas jurisdictions it has operated for more than two decades.

"There is ample evidence of assisted dying laws operating safely and rigorously, and with compassion,” Ms Paul said.

Ms Paul said Victoria’s VAD Review Board had now handed down three reports into the operation of the law, and all the evidence showed it was working safely and as intended.

However, she said the Review Board had also highlighted barriers to accessing the law for eligible Victorians, a fact that had been acknowledged in the South Australian inquiry report.

She urged South Australia’s MPs to look closely at areas of the Victorian law that could be improved upon. “It would be a mistake, and a missed opportunity, to simply replicate those barriers to access for South Australians.”

Ms Paul said requirements that a specialist physician be part of the VAD assessment process, a prohibition on telehealth, and a ‘gag clause’ preventing doctors from raising the subject of VAD with their patients were features that should be reconsidered in any future legislation.

Ms Paul also urged the South Australian parliament to make passing the VAD legislation a priority. A small but significant number of South Australians were enduring intolerable suffering at the end of their lives and medical professionals were grappling every day with the legal uncertainty around end-of-life care.

“Political inaction and the status quo will not resolve these issues,” Ms Paul said. “Other states have already passed these laws, or are in the process of passing them. South Australians should not be made to wait any longer to have the same choices as other Australians at the end of life.

“The fact that the Hon Kyam Maher’s bill will be the 17th attempt to legalise VAD in South Australia, means this issue will not go away. With laws now passed in two states, South Australia no longer has an excuse to further postpone a bill.”