Time is right to end suffering of loved ones

As a palliative medicine doctor of 37 years, I believe South Australia's proposed voluntary assisted dying law is compassionate, safe and an essential choice for dying patients. 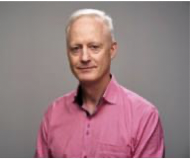 When it’s time, most of us want a loving goodbye and a peaceful death. Too often, however, terminal illness causes a harrowing ending.

Next week, the South Australian parliament could pass Voluntary Assisted Dying (VAD) legislation. As a palliative medicine doctor of 37 years, I believe this law is compassionate, safe and an essential choice for dying patients.

However, even the best palliative care has its limits.

Suffering takes many forms. It is not just pain, which of course can be agonising and horrific. Other symptoms can include weakness, nausea, vomiting, anxiety and psychological distress. Suffering can also be existential, where people become unable to do the things that give purpose and pleasure in life, or when an otherwise private person needs help with hygiene and toileting. Progressive cancers and motor neurone disease can cause such suffering that sometimes medication and counselling offer little comfort.

During my work as a palliative care doctor, around half my patients have said they are ‘ready to die’ or ‘hope it happens sooner rather than later’.

A significant number have asked me to hasten their death, and some have pleaded for my help. They convinced me that a VAD pathway is desperately needed. If I was in their situation, I would want a choice too.

Critics call VAD ‘suicide’. This wilfully ignores crucial differences. Someone seeking VAD must be assessed by two experienced doctors, be diagnosed with a disease that will soon cause their death, be suffering without tolerable relief, and be capable of making an enduring decision. By contrast, suicide has no medical pathway, the person is usually afflicted by mental illness, not otherwise dying, and acts impulsively and violently. Suicide has the worst bereavement outcomes, whereas peaceful VAD deaths have better than usual bereavement outcomes.

Every step of the VAD process has been carefully considered. The oversight, scrutiny, and safeguards of VAD do not exist for other life-death decisions, for example when life support is stopped, or a person is terminally sedated.

In 2020, the Victorian VAD Review Board reported 175 VAD deaths; 135 of these involved advanced cancer. Self-administration occurred in 82% of cases, and practitioner assistance was required in 18%. As has been found in the USA, about one third of the people who acquired the VAD substance died without taking it, but they probably derived some comfort knowing it was available. Importantly, the Review Board has not found any evidence of coercion or wrongdoing.

To our parliamentarians, I say: Please do your job; represent the overwhelming majority of your constituents; and give us the merciful choice that our neighbours in Victoria, WA and Tasmania already have.

Dr Roger Hunt is a senior palliative care specialist in South Australia. He was a member of the Victorian and Western Australian Ministerial Expert Panels on VAD.

A version of this opinion piece was first publihed in The Adelaide Advertiser.