One in two West Australian voters say they would penalise at the ballot box politicians who fail to support WA’s Voluntary Assisted Dying Bill, a new poll shows. 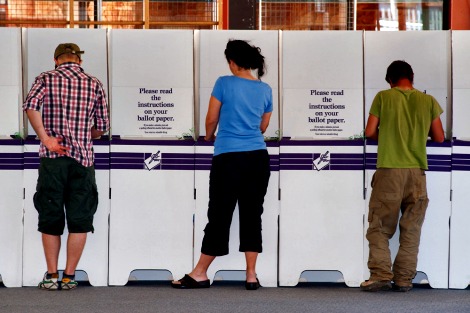 The research is the first of its kind in WA to test support of VAD based on the Upper House regions of WA’s Parliament and found 76 per cent of people expect their MP to vote in accordance with the way the community feels on the issue, rather than their own personal preference.

The phone polling also revealed more than 70 per cent were satisfied with the legislation’s proposed safeguards and agreed having two doctors assess a person was a sufficient protection.

The Voluntary Assisted Dying Legislation State-wide Community Survey was conducted by West Australian Opinion Polls (WAOP) on behalf of Go Gentle Australia and has the largest community participation rate of any poll conducted on the issue to date - with 3,000 West Australians taking part.

Overall 81.6 per cent of respondents said they supported the bill -the largest percentage WA Opinion Polls has seen in its 30-year history.

"In my three decades of phone polling I have never seen such a high percentage of community support on one particular issue.

“The research also showed that the strong majority of ALP, Liberals, Nationals, Greens and One Nation voters across all Upper House regions supported the Bill and expected their parliamentary representatives to reflect this support with their vote," he said.

“Even with a very large sample size of people surveyed, compared to other polling in the public sphere, the research once again confirmed that more than 80 per cent of Western Australians support and want voluntary assisted dying in WA. It also went to the heart of where the support lies and shows that it is an issue on which people are more likely than not to vote with their feet.

“There is no doubt that this is an issue that people are passionate about and overwhelmingly support. They expect the parliament to reflect the community’s desire for these laws to be in place to ensure that terminally ill Western Australians have another option.

“This is an issue on which people are very highly engaged and have a significant understanding. WA voters are expressing a strong preference for their Parliamentarians to respect the community’s will on this issue,” Mr Lamev said.

Facts from the survey