168 doctors have signed an open letter to WA MPs explaining why they support the WA Voluntary Assisted Dying Bill. 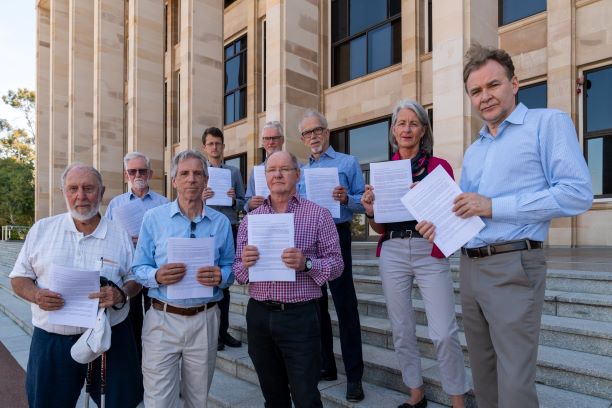 "We believe that terminally ill patients who are enduring irremediable suffering should have the right to choose a gentle release at the end of life," they wrote.

"Many of our patients fear prolonged suffering during the dying process far more than they fear death itself. As a legislator, you can alleviate this fear."

The doctors, who include former Australian of the year Professor Fiona Stanley AC, former Liberal MP Mal Washer and Emeritus Professor Max Kamien − said they supported "clear eligibility criteria and a rigorous process to ensure patients are not subject to coercion or undue influence".

"We support the right of our colleagues to conscientiously decline to participate in voluntary assisted dying. We believe that this combination of accessibility, safeguards and respect for the choices of others is present in the Voluntary Assisted Dying Bill introduced into the State Parliament on 6 August 2019."

The doctors acknowledged that for most people who are dying, palliative care is sufficient to meet their needs for relief of suffering.

"We support sufficient funding to meet these needs, especially in rural and regional WA. Recent [palliative care] funding increases are an important step in the right direction.

"We know, however, that for a significant proportion of terminally ill people, palliative care is not enough. Recent evidence from WA shows that at least 5% of dying patients report unrelieved suffering despite receiving expert palliative care."

The physicians urged the Parliamentarians to "vote for a safe, humane and compassionate law that will also fulfill the wishes of the overwhelming majority of your constituents".

"You have the power to ensure that these people can also have a good death, on their own terms and with their loved ones around them, if that is their choice," they told the MPs.

"As a society, we can do better than this. The reality of current terminal care is, without a doubt, more problematic and open to abuse than a well-monitored, thoroughly safeguarded voluntary assisted dying law."

Read a copy of the letter.