National coronial data reveals that one in five (20%) suicides of people over 40 in NSW in 2019 were by people with a terminal or debilitating medical condition or had experienced a significant decline in physical health. 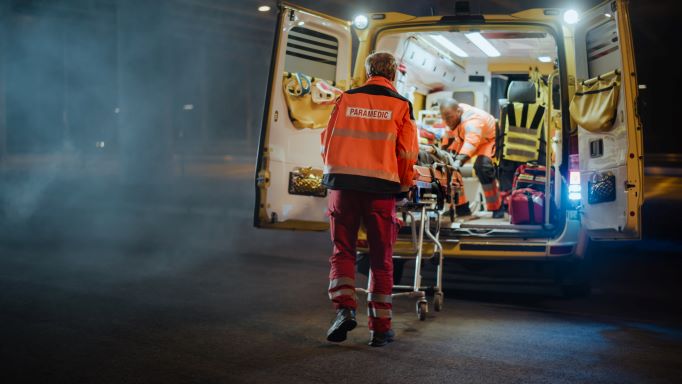 The data is contained in a report from the National Coronial Information System (NCIS) released by Dying with Dignity NSW.

Dying with Dignity NSW President Penny Hackett says: “The unfortunate truth is that people with terminal illnesses in NSW are resorting to tragic and often horrific methods to end their life because their suffering has become unbearable, and they have no other options.

“Voluntary assisted dying laws would give terminally ill people the option to die peacefully at a time and place of their choosing, surrounded by their loved ones.

“Every day that NSW does not have these laws in place – more terminally people will experience unbearable suffering in their final days and some will resort to lonely, and often violent suicides, traumatising both family members and first responders.”

Alex Greenwich MP, the Independent Member for Sydney, will introduce a Voluntary Assisted Dying bill in NSW parliament this week.

“A modern advanced healthcare system would not leave anyone to feel that their only options are between a slow, cruel agonising death and a violent and lonely suicide,” Mr Greenwich says.

Peter Joseph AM, chair of the Black Dog Institute, said the mental health consequences of being denied a peaceful death can be devastating for both the person and their family and carers.

"It's simple: a good life includes a good death. Just as we should live free from needless suffering, so we should die. In my opinion the number of suicides in NSW could drop significantly if assisted dying was seen as part of assisted living.

“For those people eligible under the draft legislation we can draw on our own character and courage to respect their integrity, their dignity, their autonomy and their humanity when it is needed most.”

Greg Connell, from Gooloogong in central NSW, is one of the thousands of advocates fighting for voluntary assisted dying reform in NSW.

Greg’s father, Cletus, died by suicide in 2015 after an intense, two-year battle with bone cancer. He left a note behind for his family, saying it was time to go.

Greg says his father should have had the option to end his suffering with dignity and peace.

“We are not upset for what he did, he had to do it because he was suffering and it was the last stage of his long-fought battle. The sad part was that he had to end his life in such an undignified way, alone, in the dark, with no family with him.

“It’s time for NSW to introduce these laws so that terminally ill people at the end of their life have a choice to die with dignity and not have to resort to lonely and traumatic suicides,” Mr Connell said.

Penny Hackett says “The data from NSW is consistent with similar data from other states.

“Coronial  data on suicides of people with a terminal or debilitating medical condition was a turning point in the parliamentary inquiries that have seen VAD laws passed in every other Australian state.”

“The people of NSW deserve to have the same right to die with dignity that other Australians have.

“Voluntary assisted dying laws have passed in Victoria, Western Australia, Tasmania, South Australia and Queensland and now it’s time for NSW to get on board.

“The draft NSW Voluntary Assisted Dying Bill has multiple safeguards in place that will allow terminally ill people at the end of their life, to die with dignity and not be forced to resort to desperate and dangerous suicides.”

If you are going through a hard time right now or need to speak to someone, you are not alone. Please reach out to Lifeline anytime for 24/7 support on 13 11 14 or https://www.lifeline.org.au/