The Candles for Compassion vigil drew 500 supporters to Parliament House in Adelaide as MPs voted decisively to progress the Voluntary Assisted Dying bill to its final reading.

Supporters from all over South Australia - and as far away as Perth and Sydney - converged on the steps of Parliament House to encourage politicians to back the bill.

If you missed the rally and vigil, you can watch a recording of the event here. 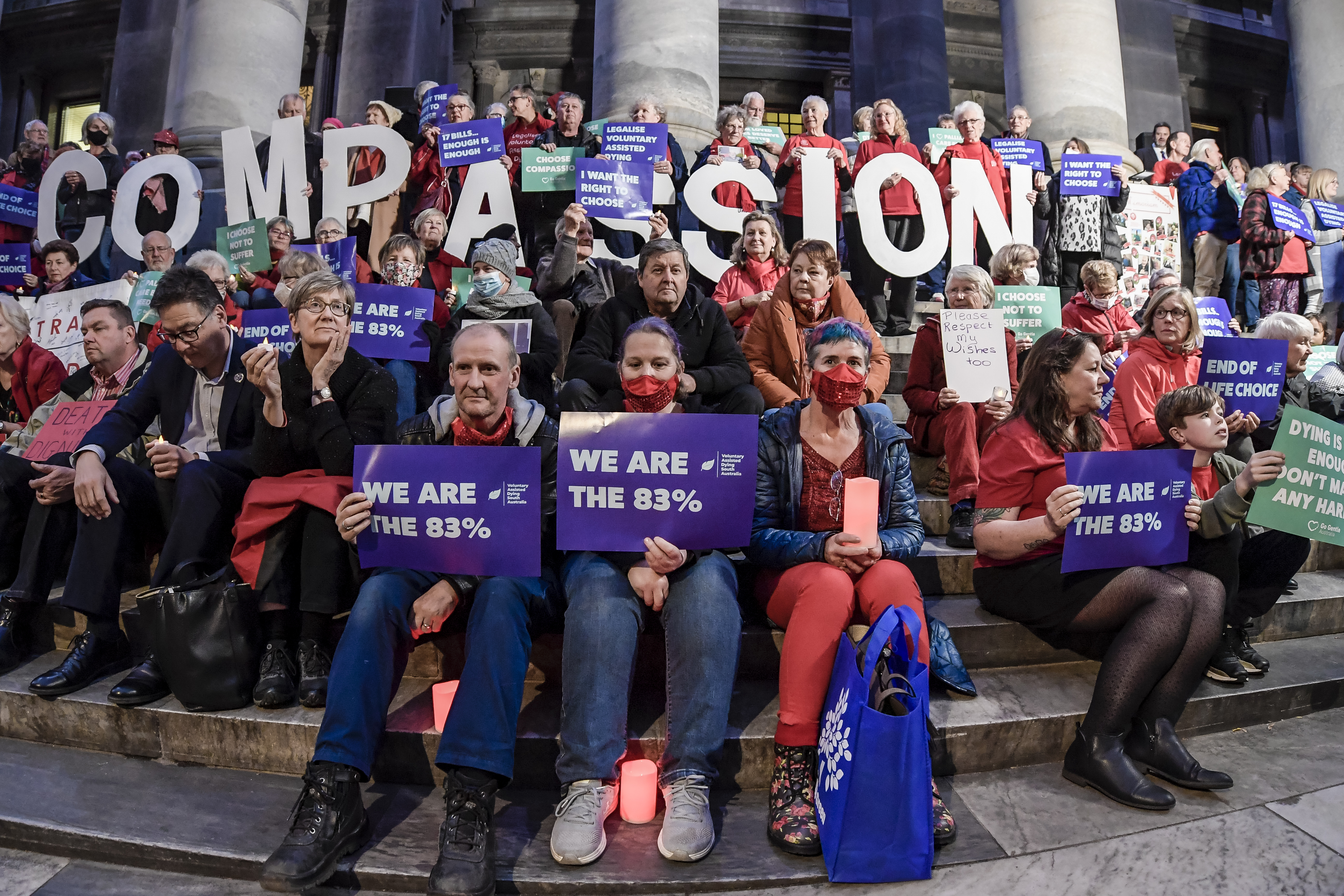 MPs, who later voted 33 to 5 in favour of VAD legislation progressing to a final reading, were reminded of the undeniable public support for these legal reforms in SA.

Reverend Michael Dowling of Christians Supporting Choice for VAD led a minute's silence to remember loved ones for whom this law has not come soon enough. 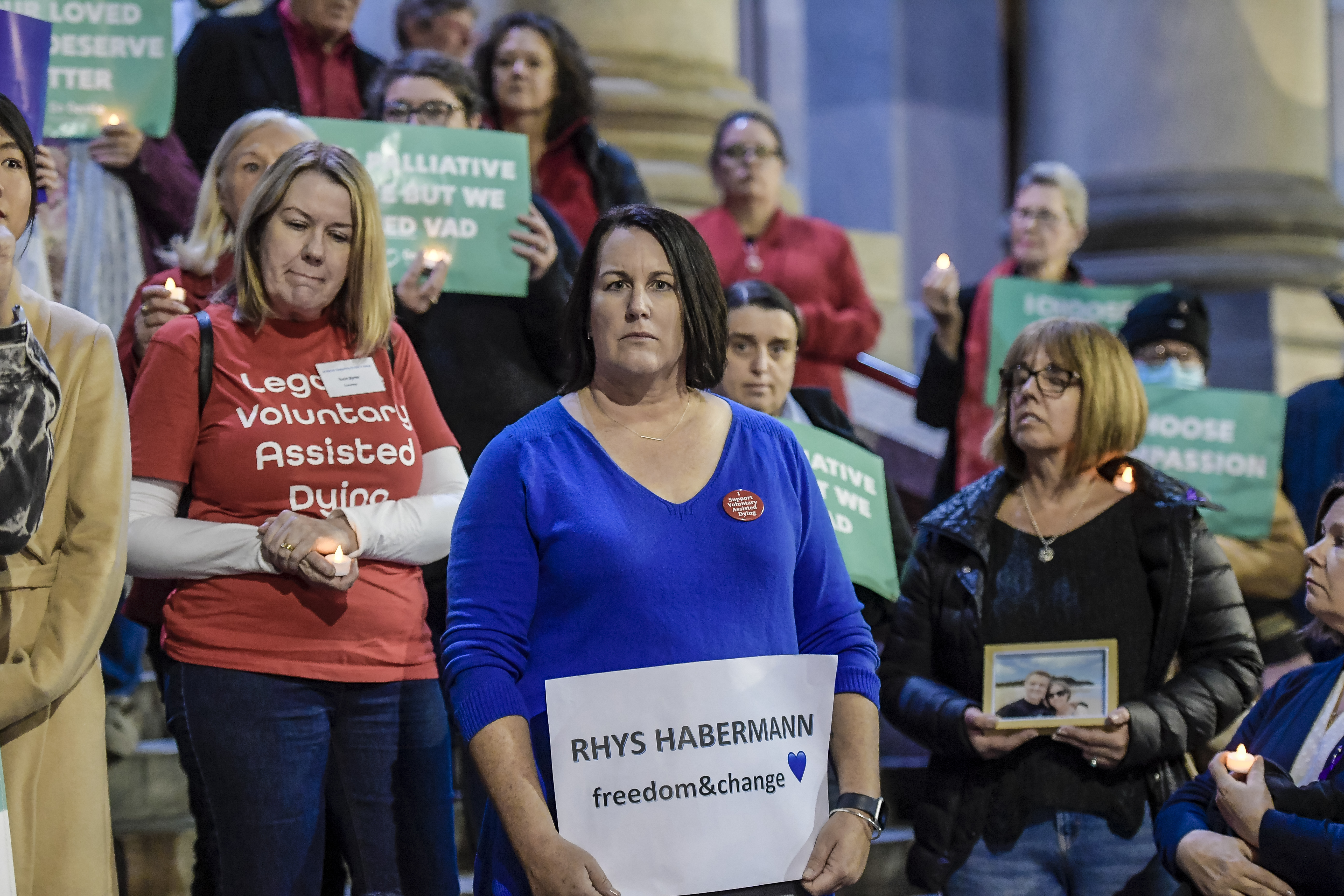 Liz Habermann remembered her beloved son Rhys, who took his own life aged 19 following a battle with cancer. Rhys wanted the choice of a voluntary assisted death, but SA law denied him this right. 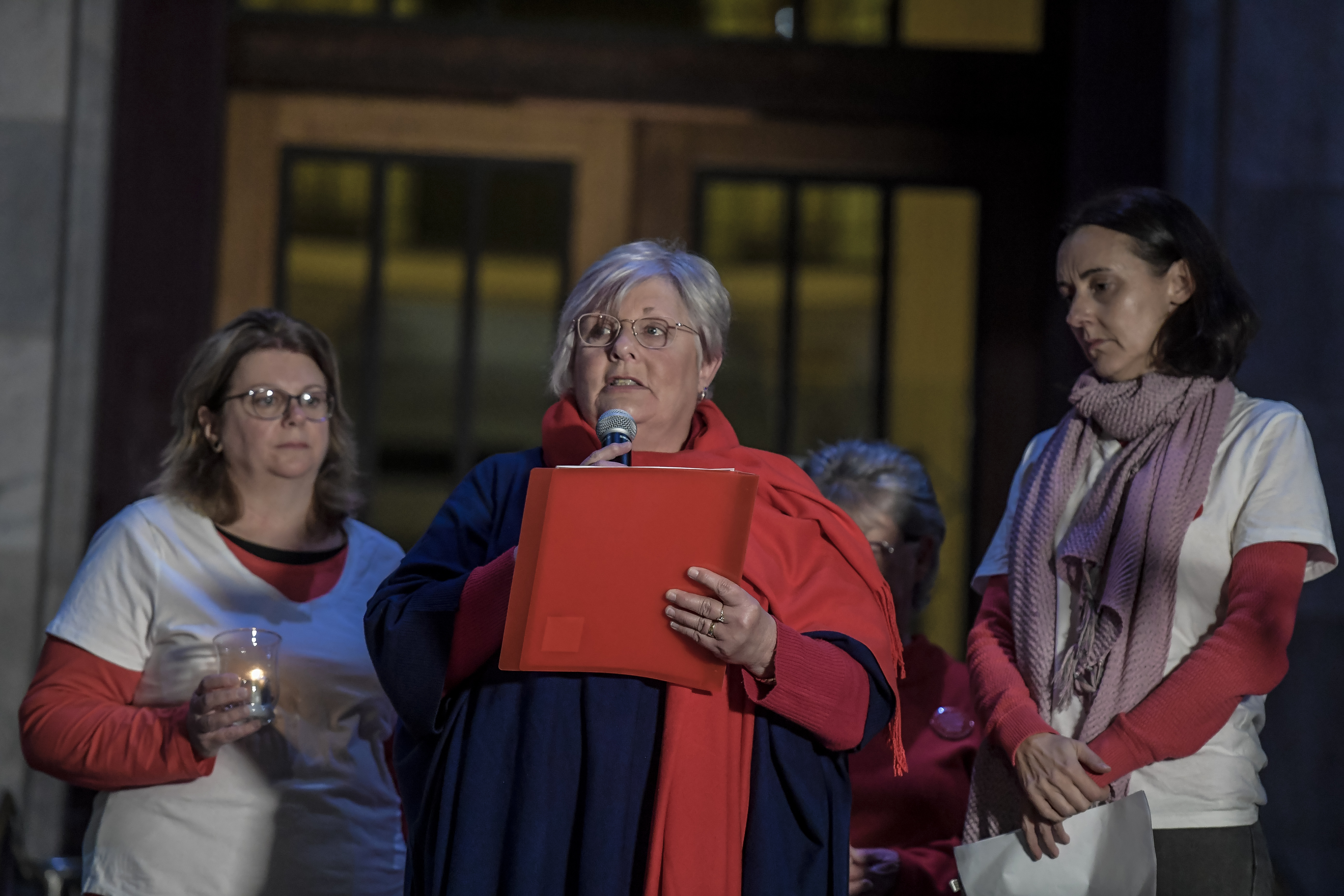 Jane Qualmann, a former nun living with a terminal bowel disease on SA's border with Victoria, highlighted the injustice that her Victorian neighbours have the option of VAD where she does not. 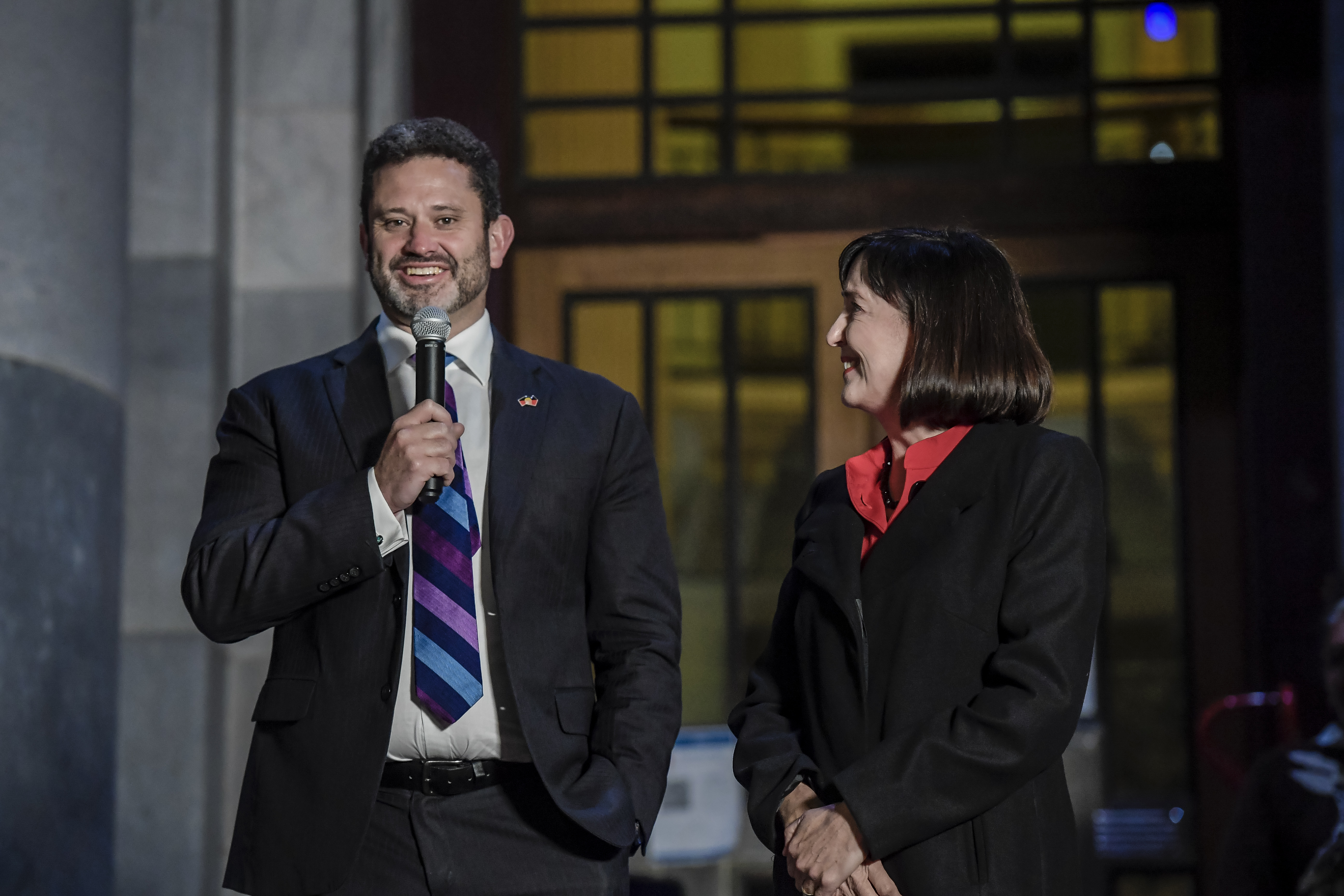 Kyam Maher MLC and Susan Close MP, co-sponsors of the VAD legislation, thanked the gathered South Australians for their relentless advocacy on this issue. They also acknowledged supporters from across the state who have been instrumental in getting SA to this point, even if unable to attend on the night.

This is the 17th time SA Parliament has debated the issue - and it must be the last. 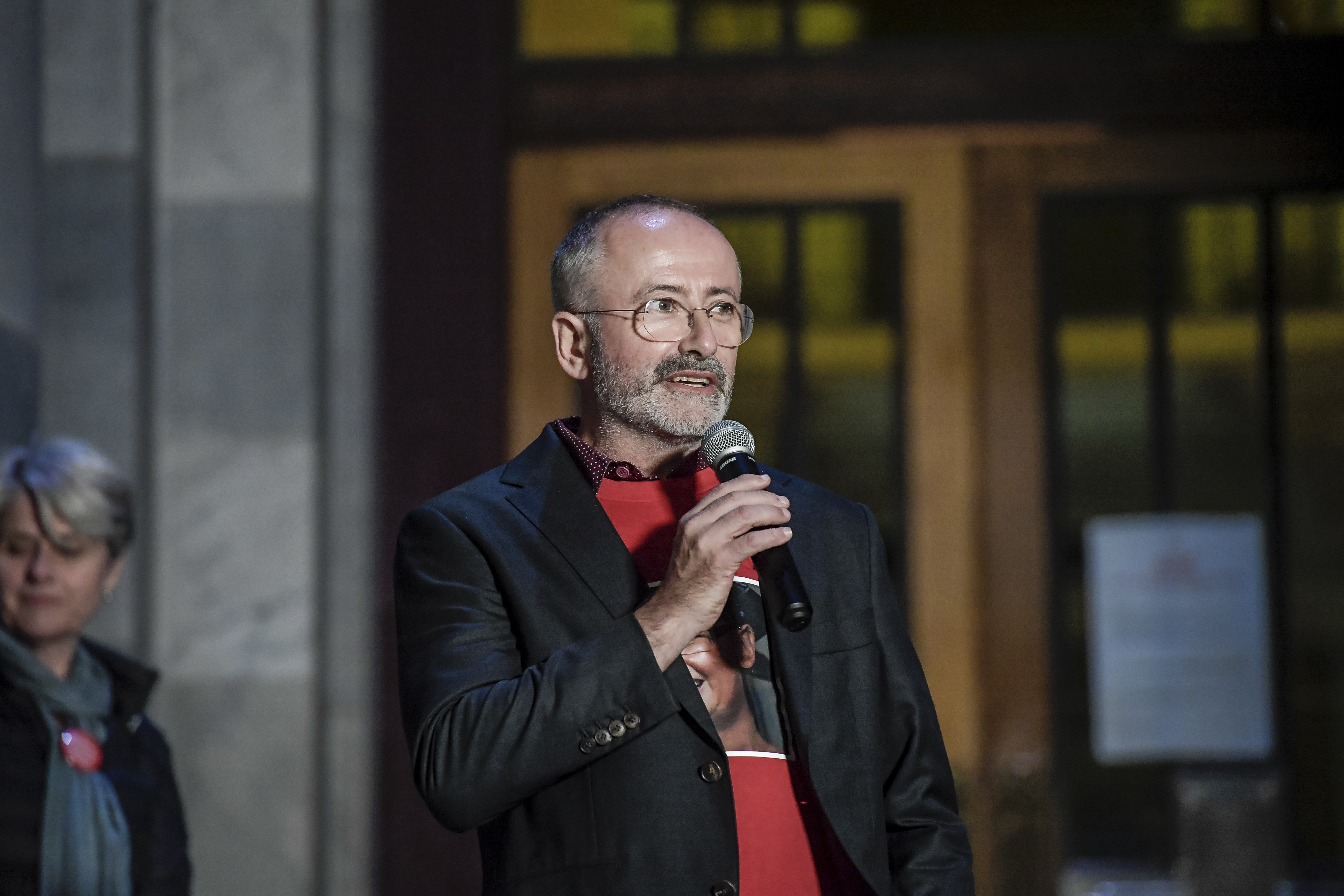 Andrew Denton also spoke, remembering South Australian advocate Kylie Monaghan who contributed so much to the campaign in 2016 - which lost out by one vote. Denton urged politicians debating the SA bill to remember that VAD laws had now been passed in three Australian states.

And to give the people of South Australia an opportunity to say: "I choose not to suffer." 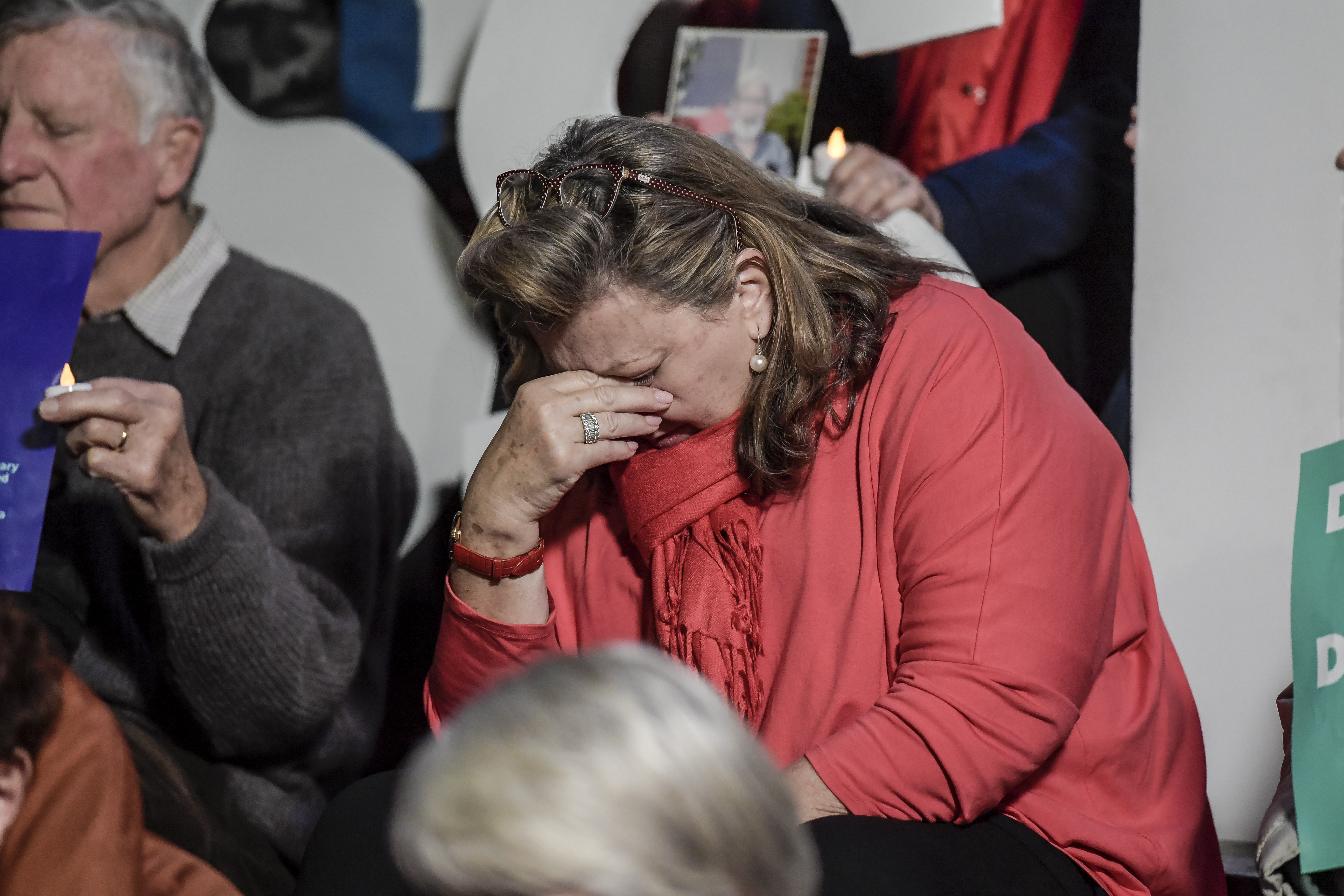 Cosi was unable to join us due to his weekend visit to Victoria to watch the footy, which required him to self-isolate. However Lainie Anderson - herself a former breakfast radio host and fearless VAD advocate - expertly filled his shoes.

Special thanks to Rosemary Wanganeen for her powerful Welcome To Country, as well as Nick McBride MP, Ceara Rickard, Kym Watson, Jan Kemble, Jacqui Possingham, Angie Miller and Belinda Teh for their contributions to the evening.

Last but not least, thank you to all the dedicated volunteers and supporters who made the evening such a success.

It was a moving event. There was an overwhelming sense that the time for change has come. MPs heard our words.

At one point, a fire engine drove past and firefighters stretched out of the windows to cheer us on. Of course, our first responders know better than most the desperate situations some people face at the end of their lives.

Lower House MPs will return to debate this bill on 9 June.

If you can, please contact your local MP and ask them to vote in favour of this much-needed VAD legislation.

This is the last chance to influence your MP. Don't forget, it is their job to listen to you and vote with their constituents' views in mind. Find tips on how to contact your MP here.

One more push - let's get this done SA!

Vigil highlights in the media...