My Nana, Elvie Holly, taught me so many things – she was the beating heart of our spiritual and cultural link back to our Yamatiji Badimia people and our country. If there is one thing our Aboriginal culture and traditions hold deeply it is the desire to pass away with dignity on country. 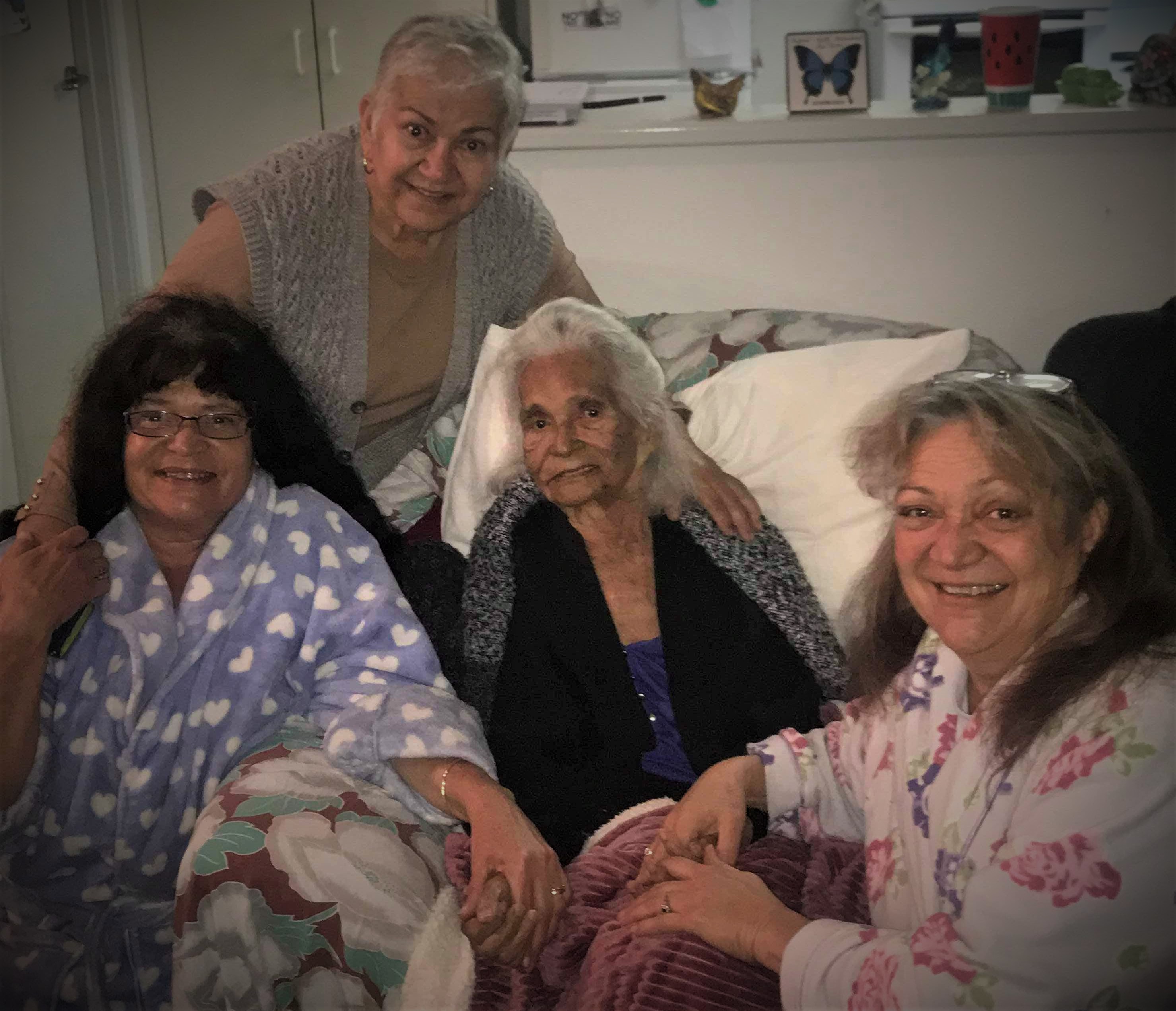 This, and my Nana’s empathetic nature forged in years of nursing the elderly, is why she supported voluntary assisted dying.

Elvie Holly was our family matriarch, the oldest surviving descendant from the Galena Clinch family lineage.

Our country is in the Central West of Western Australia and our ancestors belong to the land of Coodingnow Station and Payne’s Find.

Nana Elvie was there in the delivery room when I was born – and I was there for during her final days of lucidity, until she was transferred to a hospice. She passed away aged 90, on 10th July, 2019.

It was profound to be called upon to assist her culturally, spiritually and emotionally as she faced her own death. It was all the more poignant because she had helped me out of a dark, suicidal period in my youth.

The synchronicity of our lives is hard to adequately describe. We were uniquely bonded – she was very influential in my life and kept me connected with my mother’s side of the family. She had four daughters and four sons but she always had time and words of wisdom for all us grandchildren.

Being able to pass away on country was a dying wish for my Nana.

She had planned her final resting place many years before – to be buried beside her youngest son who, devastatingly, took his own life.

After her 90th birthday, as her body started to give out, she lost her mobility in the subsequent months and was in a high level of pain.

In her final days of lucidity, when her ability to eat and care for herself was fading fast, she told me she wished she could access Voluntary Assisted Dying and was disappointed to know that it would not be legal in time for when she needed the option. This was a woman of rich life experience who knew full well the tragedy that suicide leaves behind but distinctly gave voluntary assisted dying her support.

My last days spent with my Nana were immersed in deep conversations about death, dying, the afterlife and ultimately helping my Nana be prepared to die a death that was painful and undignified.

If only she had VAD she could have died in a time that allowed her to be in the place of her choosing and at a point where she could maintain her autonomy and dignity.

She said: “I don’t understand why I can’t just go. What we want and what we get are two different things”

Instead, without a clear legal provision, her final resting place was a Geraldton hospice. There, she suffered drawn-out pain until her dose of painkillers were sufficient to put her in a palliative care coma.

The best we could do in that situation to bring her closer to country was to bring out soil and sandalwood from Coodingnow Station to bury a piece of home with her.

I would like politicians to appreciate that indigenous people have a deep spiritual desire to die and be buried on the land of their ancestors – and that many also support the introduction of voluntary assisted dying laws so they might not suffer as they join their ancestors on home soil.

Photo: Elvie Holly, centre, with three of her four daughters.