In the house I grew up in, we have a shower with a picture of a mermaid printed on its glass screen. 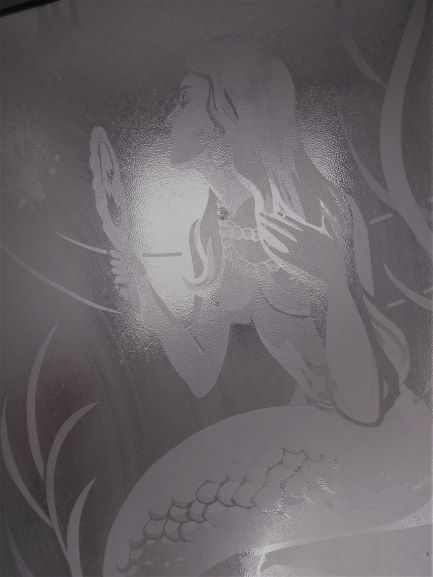 In this image, she is washing her long elegant locks, with an expression that suggests she is basking in the joy of bathing. As a child, I thought she was so incredibly beautiful and would stare at her for hours, wondering what her life must be like under the sea.

Her presence made the shower a special place to go.

Towards the end of my father’s life my mother would ask if he needed her to help him shower. He had terminal laryngeal and prostate cancer and was coming close to the date by which time medical professionals had expected him to die. He was incredibly weak by this point and could barely walk, let alone stand. And, yet, he continued to shower himself, a man who always took pride in washing away the sweat and grime from a day of hard yakka working in the garden or tramping through the nearby bushland.

"How do you still shower yourself?” my mother asked incredulously. “I hold onto the mermaid,” he told her.

In the final years and then months of my father’s time here on Earth, his quality of life dwindled. Eating and drinking - two of his greatest loves - were no longer possible. His years of celebrating life with a glass of white wine and a curry on the back deck with the birds singing and the sun setting were at an end. Now, his nourishment came in the form of chocolate milk, supplied through a peg to the stomach and often accidentally squirted on our lounge room walls and ceiling. Even his morning short black was out of the question.

Worse still, Dad’s voice had slowly disappeared leaving the man who had always been the life of the party, whose loud booming voice could be heard for miles, with an inaudible whisper. As a result, his way of communicating with the world became limited to writing his many thoughts and feelings down on the countless notebooks scattered around our family home. That voice, that strong powerful and oh so beautiful voice which laughed so hard, cheered so passionately and sang so badly had slipped away.

But it was the painful swelling of his legs along with the deterioration of his eyesight and his declining hearing that led Dad to realise that his life had, in fact, gone and he was now but a shadow of his former self. As soon as he could no longer watch his beloved rugby league team play or hear the commentary, he knew his time was done. “Don’t get me wrong” he wrote to me in one of his notes, “I want to live. Just not like this”.

When the doctor told my father that his exit would most likely entail choking on his own blood, a process involving painfully suffocating to death for a period of four minutes during which time the ambulance would have no chance of arriving, his decision was made.

He waited until my mother was out of the home to do it, determined that she would not know his plans. Not because she was opposed to him determining his own death but because he knew he had to protect her. The law certainly wouldn’t.

Before she left the home for an outing, he said he was about to shower. It was a different time of day from his usual bathing so it seemed a little strange but he had the mermaid to hold onto so she did not worry. Upon her return, she found him sitting, freshly washed on the sofa. His eyes closed, his head tilted to one side. Smiling. He had left us. He had left us with the help of something that meant that when he died he went peacefully into the big sleep.

“He looked healthier in death than he did at the end of his life,” said Mum, “He was beautiful.”

In this way, he was one of the lucky ones. Rather than choking to death, he calmly drifted away.

My Dad went gently and for that we are forever grateful. But when he went, he went alone, with the knowledge that his plan may fail and that questions may be asked.

One day, the family home of my childhood will be sold and probably knocked down by developers. But before we let it go, I will be taking the mermaid with me, removing that glass screen from the shower and relocating it to wherever I then live.

In my father’s last days, the mermaid held my Dad up, she gave him strength and so she will do the same for me, for the remainder of my life.