A Christian Response to 'No Euthanasia Day'

I must admit I am baffled that the Catholic Leader News, quoting the Salvation Army, is using ‘love your neighbour’ as a reason for opposing Voluntary Assisted Dying (VAD). Prolonging suffering is not an act of love. 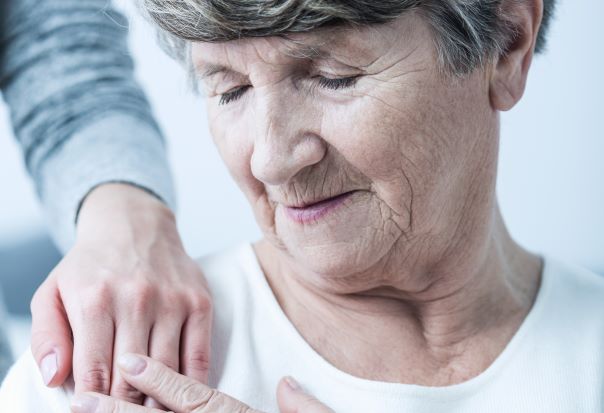 I am baffled that the Vatican in their Samaritanus Bonus used the Parable of the Good Samaritan against VAD, and that they are still calling ‘euthanasia’ (VAD) evil and a grave sin.

I am baffled by a Catholic Church that, in this century, still insists that the use of contraception is intrinsically evil, that it is "always immoral regardless of the intentions of the agents, the circumstances of the situation or the consequences of the action,” (Pope Paul VI)

Thankfully, and rationally, 3 out of 4 Catholics have demonstrated they are thinking and compassionate, and that they ignore the religious dogma against voluntary assisted dying just as an even bigger majority ignore the dogma against contraception.

As I stated in my briefing recently to the Tasmanian Legislative Council, we are Christians who believe that, as a demonstration of love and compassion, those with a terminal or hopeless illness should have the option of a pain-free, peaceful and dignified death with legal voluntary assisted dying.

Our vision essentially is – “Do unto others”, and “Love thy neighbour”, which leads to "How is love best served?"

Conservative Christians in the past opposed the abolition of slavery, opposed pain relief in childbirth, and opposed women becoming doctors and lawyers – we find a woman who passed her law exams in USA was told by a judge she could not practice as the “Law of the Creator” was she should be a wife and mother. Conservative Christians opposed voting and property rights for women. In every case this Christian opposition to social change has been proved wrong.

Conservative Christians opposed marriage equality and discussion on sexual orientation. We believe those Christians were wrong.

We should not forget that the church hierarchy indulged in a massive coverup of paedophile clergy, in many cases leading to the tragic suicide of the innocent victims. Clearly those Christians were very wrong.

So how is love best served for a person who is about to die, but has suffering they find unbearable?

The ACL (Australian Christian Lobby) and many in the church hierarchy say "hold that person’s hand", say that "we are with you", but let the suffering continue. Where is their Christian empathy, we might well ask? The Vatican goes a step further, saying that if the dying person has requested VAD, the chaplain or priest should ask that person, when they are at their most vulnerable, to admit their grave sin and attempt a death-bed conversion back to accepting the church's abhorrence of VAD. If this fails they should leave the dying person so as not to appear complicit in the VAD.

The Vatican statement and that of the Catholic Leader Newspaper is devoid of empathy for the dying person. They refuse to help the truly vulnerable dying patient to be put in control of their suffering – to say they have endured enough. Of course, suffering can be much more than pain – drowning in your own saliva from MND, fungating tumours, are just two examples. Three Australian Inquiries have all reached the same conclusion – a VAD law is needed.

It is significant that Quebec, formerly the most Catholic province in Canada, preceded all of Canada with their Medical Aid in Dying. A 2012 Parliament Report found  “After studying the changes in social values, medicine and the law, and in light of our comprehensive review of the issues and the arguments raised by hundreds of witnesses and thousands of comments, we have come to the conclusion that an additional option is needed in the continuum of end-of-life care: euthanasia, in the form of medical aid in dying. “

This led to the passing of the Quebec “Act respecting end-of life care” Bill 52, by 94 votes to 22 on June 5, 2014, to a standing ovation. A huge majority of Christians would endorse this conclusion of the Quebec Inquiry.

We need to be aware of the fact that access to VAD is palliative in its own right. Paradoxically, many who are accepted for an assisted death live longer than those who do not request assistance.

It removes the toxic fear about how they might die. The Vatican and Catholic Leader would deny the dying that peace of mind. And not only that, by denying the Sacraments to the dying person who even holds a membership to a pro-VAD organisation, it seeks to blackmail into repenting, using their fear of eternal damnation.

We are all aware that in the Parable of the Good Samaritan, it was the Samaritan, who as a race were despised by the Jews, who stopped to aid the wounded Jewish man, while the priest walked by on the other side of the road. Jesus, a Jew, used this story to illustrate the lack of compassion by his fellow Jews. Yet somehow the Vatican have twisted this story to make it appear that because Jesus suffered death on the cross, the dying person now should somehow take comfort in that suffering and gain hope from it as they die with their own suffering.

Clearly the Church has lost any moral authority it may have once possessed. The continued opposition by the hierarchy and religious others to the choice of voluntary assisted dying for a person terminally or incurably ill with unbearable suffering, particularly for a person who is not of the Catholic faith, is a classic example of obstructionism and lack of empathy.

Our group, in its small way, represents the 75% of Christians in Australia, including 3 out of 4 Catholics, who, according to Vote Compass 2019, support Voluntary Assisted Dying as an end of life choice, showing true empathy, love and compassion for a dying person who is suffering needlessly.

VAD is an issue in our society whose time has come – The vast majority of Australians trust that their MPs, will conclude that Christian love is best served by putting the patient in control of their suffering, and giving them choice in dying, under the provisions of Voluntary Assisted Dying legislation.

Those with religious or other beliefs against VAD simply do not go through the rigorous process of requesting it.

This opinion piece was first published on the Christians Supporting Choice for Voluntary Assisted Dying website.

Rev Cardy from NZ expresses his religious support for VAD

Rev Kilgour from NZ's sermon in support of an assisted death after his nephew in Canada used MAiD.

Archbishop Emeritus Desmond Tutu's support for VAD as an end of life choice.