Margaret Maxwell was diagnosed with breast cancer in 1994. She researched the disease and pursued a regime of alternative medicines, hoping to not only cure herself but also provide guidance and inspiration for others. These proved unsuccessful, however, and Margaret underwent a double mastectomy. 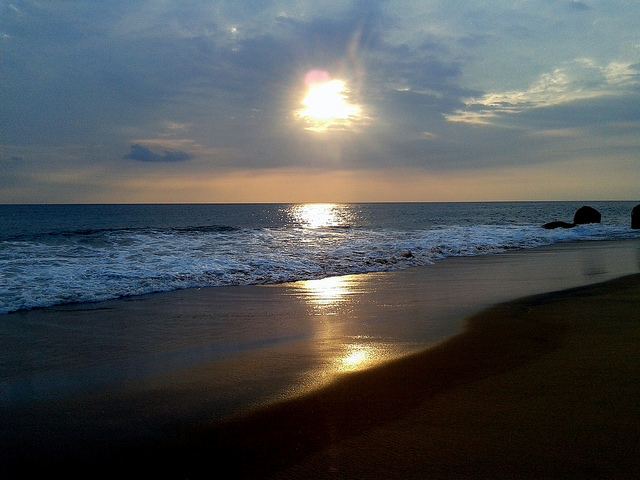 In 2002, she was diagnosed with massive tumours and, told she had only months to live, decided to take her own life by ceasing to eat. Margaret’s husband, Alexander, persuaded her to end her starvation, but she made him promise to assist her to end her life if her health did not improve because she was terrified of becoming comatose as a result of a failed suicide attempt. Margaret’s health deteriorated, with frequent bouts of vomiting and coughing, breathlessness and insomnia. Unable to wash, dress or feed herself, she asked Alexander to help her die. He complied.

Alexander Maxwell was convicted of aiding and abetting suicide and received a wholly suspended sentence of 18 months imprisonment.

These are excerpts from the judge’s decision, delivered in the Supreme Court of Victoria.

There can be no doubt that this was a terrible time for you. Not only did you witness your wife’s physical suffering from the ravages of cancer, but also the devastating psychological effect upon her of the failure of the campaign she had waged against that illness. Nonetheless, you persevered.

Having earlier discussed voluntary euthanasia with friends, Margaret had been provided by them with a book entitled Final Exit: The Practicalities of Self-Deliverance and Assisted Suicide for Taken to Court the Dying. The method your wife chose to employ in order to bring about her death is set out in that book. It involved the use of medication to effectively drug the person wishing to commit suicide and the use of an inert gas such as helium.

The utilisation of the medication was to ensure that the ensuing death by asphyxiation was a peaceful one. You told the police that when Margaret read about the technique and realised that she would be incapable of performing the necessary acts alone, she burst into tears and stated that she would have to hold you to your promise to help.

About 1.00 p.m. you carried your wife to your van, laid her on the back seat and set out for the caravan at Phillip Island – the location that she had chosen for her death. You arrived around 3.00 p.m. And carried your wife into the caravan. At her request you crushed the tablets and dissolved them in some water. Margaret drank the mixture and then asked you to put her into bed. You put on a CD which you had both chosen and, having made her comfortable, you sat with her. After a couple of minutes Margaret fell asleep.

She was always terrified that if her attempt to end her life failed, she might be rendered comatose, so she had made you promise to follow the procedures detailed in the book Final Exit. You did so, placing the bag over her head and shoulders, securing it with a piece of sash and introducing the tube into the bag. You turned the helium on slowly and your wife went into a deeper sleep before apparently ceasing to breathe.

You left the gas running for some time as she had instructed, before checking her pulse and breathing and ascertaining that she had in fact died.

In the record of interview you told the police: Her very last wish was that she wanted to lay down in nice clean pyjamas in a nice clean bed and cuddle up under the doona. So I did that and I stayed with her for a little while longer and I packed everything away and then the idea was that I would ring the funeral home and they were supposed to ring the doctor that Margaret was under down here and the death certificate would be written and then I could bury her.

Nobody was supposed to know about it and then my idea was that when I got back home and Daniel was finished with his exams, I would write a full report on it and hand it to the senior officer at Kew police station and they could do what they wanted then. It wasn’t going to matter. Daniel would have finished his exams in a couple of weeks and Margaret would be at peace.

I accept that you loved your wife intensely. You were desperately hopeful that a cure for her illness could be found. You have a history of hard work and you have been a good family man. Up until this incident you have lived an unblemished life and there is no reason to believe that you will ever again transgress the law. Further, the trauma of having initially been charged with the murder of your wife, together with the period of 26 days you have spent in custody, have constituted a measure of punishment for you.