The author of a study co-opted by the Catholic Church to paint a negative picture of assisted dying in Belgium and Australia has described a video published by the Sydney Archdiocese as “appalling” and a “blatant misrepresentation”. 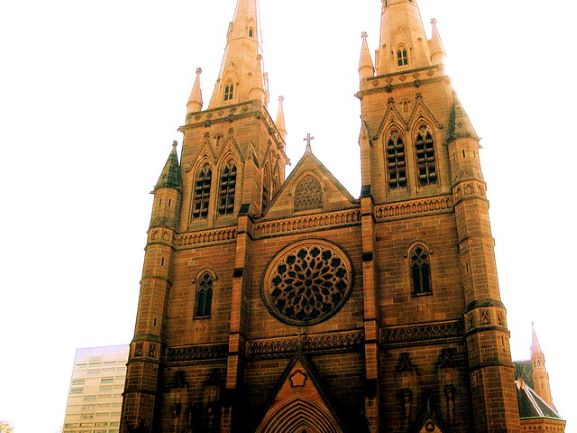 “I was appalled at the video's blatant misrepresentation of the robust and honest research that we have been conducting in Belgium,” said Assistant Professor Kenneth Chambaere, from Ghent University’s End-of-Life Care Research Group.

A/Prof Chambaere confirmed via email that the video, which is circulating on the Archdiocese of Sydney’s Vimeo channel and on Archbishop Anthony Fisher’s Facebook page, had misused statistics from his 2010 study.

The video claims that in Belgium “1 person is euthanised every 3 days without their explicit consent and in more than 75% of the cases, the decision was not discussed with the patient”.

“On 19 June, euthanasia and assisted suicide will begin in Victoria, how long will it take for Victoria to look like Belgium?” says the video, which has been circulated widely in Catholic media.

“The video has cherry-picked results from our studies to the effect of scaremongering among the public in the lead up to the implementation of Victoria’s Voluntary Assisted Dying law,” A/Prof Chambaere wrote.

It is, quite frankly, an insult to us as researchers who, day in day out, work to generate reliable and trustworthy insights into end-of-life practice in Belgium.”

A/Prof Chambaere confirmed the study in question was not about euthanasia, but an investigation of the incidence of terminal sedation before and after Belgium legalised assisted dying in 2002.

Terminal sedation, sometimes called non-voluntary euthanasia (NVE), is a problematic practice that occurs routinely in palliative care. It has been found to occur in every jurisdiction that’s been studied, regardless of whether an assisted dying law is in place, including Australia and New Zealand

A/Prof Chambaere said the most egregious aspect of the video was that it failed to report his study’s conclusion, which was that rates of NVE had fallen in Belgium since VAD laws came into effect.

“It is very difficult to see how our research could be misrepresented in the way it has been,” he wrote.

“The authors of the video ask whether Victoria will become like Belgium? If it means diminishing rates of these questionable practices, then surely becoming more like Belgium is a good thing."

In response, the Archdiocese doubled down on its claims, saying it would continue “to provide Australians with accurate information about the practice of euthanasia and assisted suicide occurring overseas”.

It has since released a second video that similarly cherry-picks statistics from the US state of Oregon to paint a distorted picture of the reasons why dying people elect an assisted death.

Go Gentle Australia Director Andrew Denton said the inherent dishonesty in the videos and the Church’s response signalled a wider campaign of misinformation on assisted dying.

“The Church’s credibility is already in tatters after their cover ups and denials about child sexual abuse; now they are seeking to sow misinformation about voluntary assisted dying in an effort to overturn a law in Victoria supported by 90% of Australians and a clear majority of Catholics,” he said.

“Yet again, while claiming to protect the vulnerable, the Church hierarchy is doing the opposite by trying to block laws that will ease the suffering of terminally ill people when medicine no longer can.

“It seems they’ve learnt little about treating Australians with respect.”

More information: To read A/Prof Chambaere's response in full and to see a blog and short video exposing the misrepresentation, go to Neil Francis' DyingForChoice website.