Alan Bacon and I were pen friends for six months before we even met, and when we did it was love at first sight. 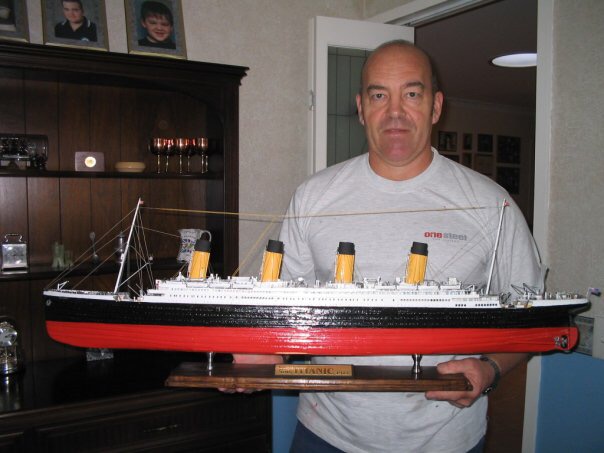 The moment we first laid eyes on each other was in August 1978. He was a 23-year-old sailor in the British navy and I was a 17-year-old schoolgirl from Sheffield. We were engaged two months later. As they say, when you know, you know.

We moved from England to Australia in 1987, had two boys, and for a long time, life was wonderful. We were shocked when he was diagnosed with prostate cancer in 1997, at 42 years of age.

The cancer spread to his bones and lymph nodes about eight years later. He managed the cancer with hormone therapy, radiotherapy and chemotherapy for a few years but in December 2006 he went into palliative care at Glengarry Private Hospital.

From this point until he died in May 2007 he was in agonising pain on most days. It was so severe that five months before he died he had an intrathecal catheter inserted just under his breast so a regular supply of a morphine-infused medication could be pumped into his spine. He carried the concoction in a bum bag around his waist and pressed a button to release a measured dose when the pain got unbearable.

In early January 2007 he also had an infusion of Strontium 89, a radioactive isotope. But the medication only relieved his suffering to a relatively small degree.

In his final six months, there would have been only 30 days when he was not in significant pain.

At times he got depressed and angry – and he would sometimes lash out – but I always knew it was only the pain speaking.

On 23 December in 2006 his suffering was absolutely intolerable. He made an emergency dash to Osborne Park Hospital for medication. He moved to Glengarry Hospital the following day, where his pain continued, and by Christmas it had reached ten to 12 on the pain scale. While we waited for his doctor to arrive, one of the midwives on the maternity gave him some entonox gas, hoping to help him breathe through the pain, as women do when in labour.

The doctor, nurses and I all agreed that even though it was Christmas Day it was best not to let our sons visit him. It would have devastated Alan to put them through that experience and it would have been too traumatic for the boys.

Alan was in so much agony – despite the morphine – that the doctor called in the on-call anaesthetist to inject an epidural in his spine. Unfortunately, his blood was too thin to do it safely, so they had to build him up with vitamin K for 24 hours before he was able to get some relief through an epidural.

Alan kept an online public diary on the Yana website about his ten-year battle with prostate cancer. I used to get a bit cross with him always updating that bloody diary even when he was very weak and sick. But he was determined to do it because he thought it could help someone.

As an electrician, he was used to being precise in how he documented things, and do it in a way people could understand. “Even if it helps one person…” he used to say. So I know he would want me to speak out about his final months to show support for the Voluntary Assisted Dying legislation.

I know he would have opted for VAD if it had been available. He loved us, and didn’t want to leave us. But the pain was so bad he would plead with me to make it stop.

I know he would not want anyone else to endure that kind of agony.