Anybody who disagrees and considers this murder has obviously not sat there and watched a loved one die a slow, painful and cruel death. They have not seen them cry in pain when the morphine isn’t enough. 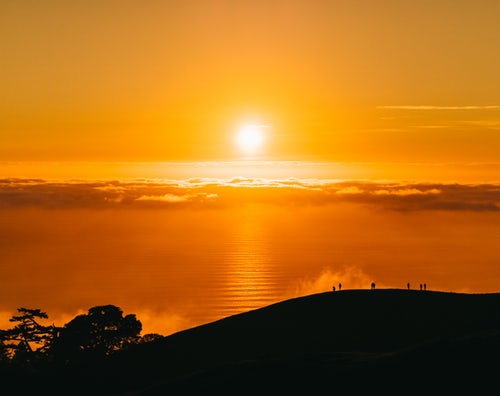 They have not seen them gasp for air as they drown in phlegm. They have not sat and watched as their limbs swell with fluid from being bedridden and even cutting their fingernails bringing them to tears. They have not watched as their loved one is reliant on others to spoon-feed them, wipe their noses, roll them over to attend to the bedsores, to clean their faeces, to wipe their tears away. They have not watched a once-proud and self-reliant man lose all his dignity and control and become bedridden as his body has failed him. It is not murder to give a terminally ill person the option of ending the pain earlier.

Denise later wrote in detail of her father’s agonising death: I think it is important that people know Dad’s story, as although he supported the euthanasia choice, it was only in the final weeks of his life that he would have chosen this option, if it was available. Prior to this he fought hard to survive despite many health issues. It all started in 2009 when he underwent a double knee replacement where he unfortunately contracted a serious staph infection.

This resulted in many lengthy hospital admissions and several operations to clean out and replace the parts in his right knee in an attempt to clear the infection. On one occasion we were prepared by the hospital as they did not think he was going to survive the night, but he proved them wrong and nine weeks later he again returned home, although he had to take an assortment of pills each day to keep the infection at bay, as well as regular blood tests to monitor the levels.

It was during one of these admissions that he was also diagnosed with Parkinson’s disease, which also added to the number of tablets he was swallowing each day (Dad thought that he ‘rattled’ due to the number of tablets he had to take). Then in December 2013 I finally convinced him to go see his GP as he had not been feeling well for several weeks. He was immediately admitted back to hospital and an endoscopy showed that his ‘upset tummy’ was in fact an advanced oesophageal cancer at the base of his oesophagus and extending into his stomach.

Due to the staph, he was not a suitable candidate for chemotherapy and the idea of operating was also eliminated as it was a major operation that would involve cracking his chest open and removing a considerable amount of the oesophagus and stomach, which would have been too much for his already unfit condition. All his doctors and specialists (as well as his three daughters) supported this decision, as did Dad, as he knew he was not strong enough to recover from an operation of this size.

It was decided that he would instead undergo a course of radium to try to shrink the tumour enough so he could swallow (and keep) his food down, which he was now unable to do. Unfortunately this treatment did not reduce the tumour, so he continued to lose weight and strength until he eventually was unable to even swallow his own spit.

At this stage Dad knew his time was limited so, in an attempt to hasten his death, he stopped taking his staph medication in the hope the infection would return and end his time on earth quickly and painlessly. Murphy’s law was obviously in play, as this never happened. “He did not pass away peacefully like the movies portray”

His doctors decided to insert a stent to open up the throat enough to allow his spit to get through. This operation was a success, and that night he even managed to eat ‘real food’, albeit mashed. This ‘success’ was only short lived though, as at 2am the next morning he suffered a catastrophic stroke, paralysing him completely down his left side, weakening his right side and leaving him totally bedridden. His speech was slurred and at times he was delusional and would not believe that he was unable to get out of bed, which upset him just as much as it upset us.

He was unable to do anything for himself and was reliant on the nursing staff, my sister and me to feed him, wipe his face, clean him, roll him over, massage his legs and wipe away his 39 Bearing witness tears. As the weeks passed, his pain increased as the fluid built in his limbs and the morphine was not enough. The Parkinson’s was also a factor for his pain as his muscles seized and spasmed.

The doctors tried fentanyl patches, increased his morphine doses and eventually commenced a morphine driver but his pain was still unbearable. He stopped asking the nurses to hoist him into a chair so he could be wheeled outside as the slightest movement would bring him to tears, even when we tried to trim his fingernails. As a tough, rough, old truck driver who was once the strongest man I’ve ever known, this was devastating.

He put up an incredible fight against the staph, Parkinson’s and the cancer, but the stroke robbed him of any quality of life and it was only at this time that he had no fight left and no desire to ‘live’ another day. Dad lived seven weeks and three days after the stroke and this whole time he suffered, both mentally and physically.

He took his last breath with my sister and myself at his side.

He did not pass away peacefully like the movies portray though. He drowned in his own phlegm and the noise of this is something I can never describe.

His eyes were rolled back in their sockets and he was groaning and gurgling and his breaths were laboured, shallow and frantic.

My sister and I cried at his side, hoping that each breath was his last, but as the hours passed he continued his struggle for air until his body finally gave up and went silent. I hope that Dad’s story can assist to get a law. I just wish it was already a choice so my dad never had to suffer like he did.