Isn’t it strange, the various pathways that lead us to the world of voluntary euthanasia? 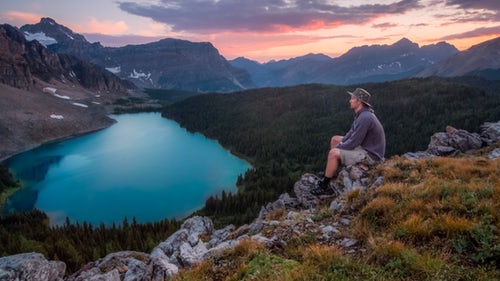 suppose some see it as a good cause and cautiously enter. Others, facing their own mortality, may step into the stream. My family and I were thrown in at the deep end.

In March 1990, Gavin, my 37-year-old brother, was standing in the cockpit of his yacht, off the south coast of NSW, taking a land bearing. Suddenly the yacht heeled, the boom swung unexpectedly and struck the right side of his head. His skull was severely fractured. By the time he was moved to shore and transported to the closest tertiary hospital, the golden hour had well and truly passed.

He died 36 hours later, when we stopped life support. Fortuitously an organ retrieval team was in town, so in some way, he lives on. He was a marine biologist. We returned his ashes to a wild stretch of the north coast where we had played, and fished, as kids. Shared some whisky. Said goodbye. Wept for the waste.

This unexpected and traumatic death forced my parents, my sister Tina and myself to discuss and mull over our own individual plans, hopes, fears, expectations. Death was more relevant for my mother Meg (69) and father David (73). Both were independent and adamant they didn’t want to die in hospital, be left as a vegetable, or rust away in a nursing home.

Subsequent conversations over the ensuing years reinforced these wishes, and clarified intent, for all of us. The stage was being prepared to die at home, respecting their wishes. I then started to ponder how I could actively help them achieve these ends. At this time, about 2003, I was working on remote Aboriginal communities in the Western Desert region. Pharmaceutical stocktaking was a regular part of a clinic routine, and consequently I was able to progressively set aside a growing supply of out-of-date medications, complemented by my personal Doctors Bag supplies.

I discussed these acquisitions with my parents, and we progressively formulated plans for a well-managed death, at home. Their plans. Their home. My help. Unfortunately, in 2004 my mother suddenly developed convulsions due to a cerebral tumour. The subsequent left-sided brain biopsy damaged her speech area, and we were unable to finalise her plans to die at home. She was inoperable, and soon became unconscious.

Terminal sedation, and a hospital death, was her final pathway. We were thwarted. It took a week. She was 83. My father was shattered. We took her ashes to that same stretch of coast. She joined Gavin. A sunny day, an offshore wind, another toast. Meg went graciously on her final journey.

But he missed Meg terribly, his autonomy was eroding, he was weakening, and dreading the return to a hospital bed. He was tired of living.

At his final hospital admission late in 2006, we decided he should come home. He signed the ‘discharge against medical advice’ form, packed his bag, gathered his papers and pens. His treating physician didn’t understand or accept this move and warned David he would be found collapsed on the floor at home, in a day or so, and readmitted.

‘Go to buggery,’ I mused to myself, ‘we have a better plan.’ So we trotted off home together. David sat on his couch in their sunroom, and rested in his own bed. I slept in the nearby spare bedroom, with an electric buzzer for night calls. It didn’t take long.

On the second evening I invited a few of his old mates over for biscuits and cheese, some whisky, and a chinwag. You don’t comfortably do that in the hospital environment. They were delighted. The next night was rough – hard coughing, severe chest pain, distress with his breathing. I helped him to the bathroom a couple of times, and at 3am we sat on the bed together, had a hot buttered crumpet each, and a couple of whiskies, his favourite drink.

We had rehearsed this scenario, documented, dated and jointly signed our many conversations over the years. From here on it was simple – a butterfly cannula into his left arm, swabs, syringes and necessary medications laid out on his bedside table. I told him I loved him. ‘I love you too, JW.’

The midazolam was gentle and quick, and the rest of the drugs followed taking their course. Some 20 minutes later he was gone. Peaceful. At peace. In his own bed. In his home. He was 87. I sat quietly with my father for over an hour. Reflecting on his life, our family times together. Later I rang his doctor – ‘Dad died earlier this morning. Had a rough night, coughing and a lot of chest pain. Perhaps he had a heart attack…’

So he was cremated, and we took his ashes, a bottle of his favourite single malt and a few family members. Back to that familiar, rocky stretch of coastline to rejoin his beloved Meg and son Gavin. A life well lived, and a damn good death. I miss you old fella.