My name is Elizabeth Short. Over the last 11 years I have lost three close family members to cancer, and one to suicide.

The first to die was my husband’s much-loved brother in law, Martin. A fit, handsome, charismatic man of 58, he was diagnosed with bowel cancer in 2002 and given a prognosis of two years. He was offered palliative treatment which, for the first year, arguably improved his quality of life. In the second year the side effects became so invasive that he decided to stop all forms of treatment. Two months later, thoroughly emaciated, in great discomfort and totally disoriented, he died. It was a sad end for a person who had so much to live for. 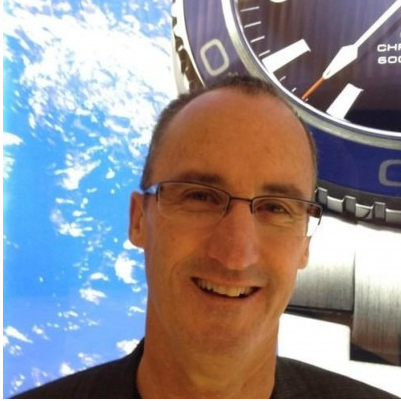 The second was my father in law, Alan. At age 85 he was diagnosed with an aggressive form of prostate cancer and despite total and unfailing support from his family, felt that if he commenced treatment he would lose the ability to have any control of his own death. Alan took his own life.

The third was my father. After making a full recovery from a stroke at age 84, he was diagnosed with an aggressive form of cancer that produced large, painful and eventually, fungating tumours on the right side of his chest wall. They grew too quickly to be surgically removed and more returned anyway. At one of the last visits to the oncologist, advice was given that he could do nothing, which would lead to a very painful and unpleasant death. Or he could commence low dosage chemotherapy, which would probably affect his already compromised kidneys, and he would then die from renal failure. In the words of the doctor, this was a better choice than option 1.

He died in a palliative care facility from renal failure some 6 weeks later. It was not a peaceful death.

The last was my husband, Peter. Peter was diagnosed with oesophageal cancer in 2008. He underwent three months of high grade chemotherapy, major surgery to remove most of his stomach and his entire oesophagus and then another three months of chemotherapy. All looked good and he was in remission for over 5 years. He had always been a larger than life personality, loving friends, travel, dining out, his dog, work and keeping fit. He competed regularly in triathlons during the summer months and would jog, swim and/or bike ride every weekend.

In January 2014 n his 57th birthday, after a few weeks of an irritating cough and various tests, he was told his cancer had returned and metastasized into his lungs. He was given 3-9 months to live.

Peter spent his remaining time living a full, meaningful and happy life. He also became an extremely outspoken supporter of Dying with Dignity and their work. Peter was determined that he would chose the time and place of his death and wanted the opportunity to say goodbye to our son, Mitchell, and me, to leave us with positive and warm memories of his passing.

As Peter’s condition progressed, it became more and  more difficult for him to breathe and swallow which severely curtailed his ability to enjoy most of the activities he loved.

In mid-December he contracted pneumonia and, despite the best efforts of everyone involved, he deteriorated quickly and died on 29 December 2014 in the same palliative care facility as my father.

This is a very important point: Peter had the means and the knowledge to end his own life. That information enabled him to put the fear around the dying process aside. It allowed him to fully enjoy the months left to him – working, holidaying, and sharing this precious time with family and friends.

At the end he chose not to take that option, which I understand is common among terminally ill people who have the ability to do so. He instead allowed his dying to unfold in the secure and caring hospice environment.

Peter kept an online blog for the last period of his life. It tells his story better than I, or anyone else, could possible do. I would ask you to take a look at it, read it – it is captivating, funny, sad and informative. You will learn a lot – www.petershort.com.au

In 2014 Peter made a personal and powerful presentation to the Senate Standing Committee reporting on an exposure draft of dying with dignity legislation. I have included footage of that presentation here – it is quite self explanatory and shows Pete at his passionate best. Please watch it. www.youtube.com/watch?v=viYztchX6iE&feature=youtu.be

The end of life is going to come to us all – some sooner, some later, but it will come. Surely most of us would choose to be able to die holding the hands of our nearest and dearest, comforted by their expressions of love. I know I do.