Politics is not just about who has power. It’s about who turns up. Voluntary assisted dying campaigner Nia Sims always turned up. And she helped change our world for the better, writes Andrew Denton. 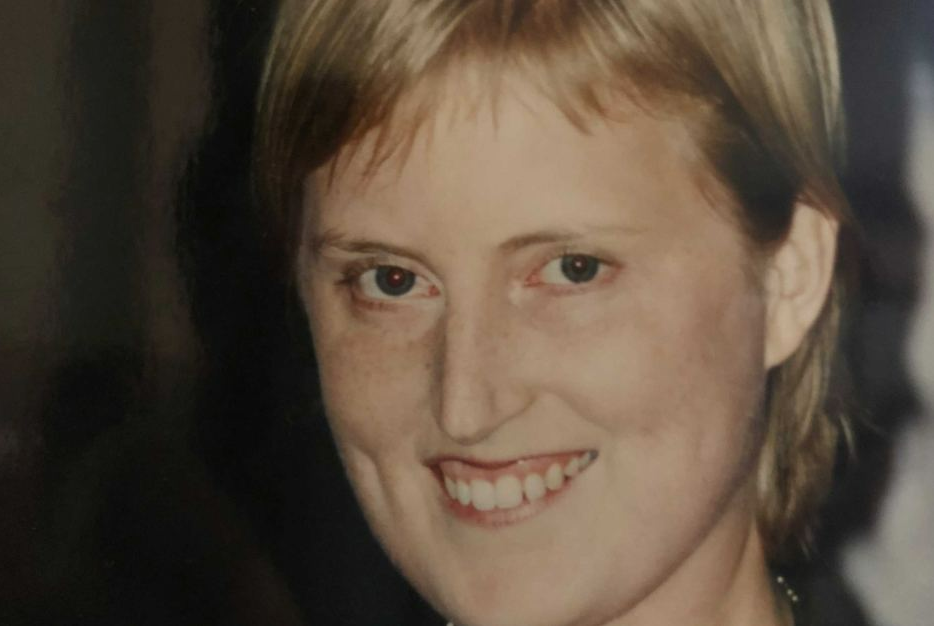 Let me tell you about our friend Nia Sims, who died this week.

She left out a word. Warrior.

When Nia first started working alongside the team at Go Gentle in 2017, during the prolonged and pitched battle to legalise VAD in Victoria, it was clear she was chronically ill.

Since her early twenties, she had lived with the rare, progressive, autoimmune disease, scleroderma, which creates scarring of the body’s connective tissues - skin, tendons, ligaments; all the stringy bits that hold us and our organs together.

Hard skin that won’t stretch and limits my range of movement, severely deformed hands and toes, hard but brittle lungs which struggle to expand and exchange gases through thickened tissues.

Just going to the toilet or eating causes me shortness of breath. I have a gut which doesn’t absorb nutrients well and causes weight loss and malnutrition.

I spend about 16-18 hours each day in bed and perhaps three hours on my feet, short of breath, unable to walk far and with very limited hand movement.

My lungs are failing and could collapse at any time, as they have done before. … ultimately, I am likely to die of slow lung failure (unable to breathe), starvation (unable to receive sustaining nutrition) or slow heart failure. 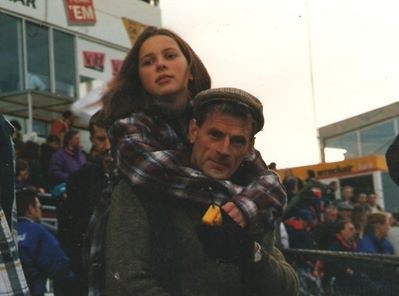 However, it was not her own suffering that brought Nia to the VAD cause, but that of her father, Greg, who she had witnessed die of brain cancer. Although a trained nurse, Nia never forgot the sense of helplessness she felt watching Greg’s last days in the hospital, writhing in pain, drowning in lung secretions, despite being given ‘terminal sedation’.

Nia turned that nightmare into a written testimonial for Go Gentle Australia, which then became the short film Stop the Horror directed by acclaimed Australian film-maker, Justin Kurzell.

The film, a shocking and accurate re-creation of Greg’s last days, was so difficult to watch that viewers could press an ‘escape’ button which would take them to our website with information about how they could contribute to changing the law in Victoria.

And, of course, that was the point: Viewers could escape Greg’s suffering at any time. Greg, and too many others like him, could not.

Stop the Horror gained widespread media attention, and an online army of activists, at a critical time in the 2017 campaign. Nia could have left it there and we were already in her debt but, as Margaret Thatcher once said of herself, “this lady was not for turning”.

Nia joined our campaign as a volunteer. She went to see her local MP, a socially conservative, rusted-on ‘no’ vote. Despite her nerves, Nia sat with her and argued her case. Afterwards, she told me the MP had said to her "I'll sleep very well at night voting no to this bill". Nia was furious. "It made me feel that she was very happy to make decisions on my behalf."

She wrote to every Victorian MP:

I’ve already decided that I won’t be dying gasping and starving like Dad did.  Should VAD not be available when I can barely breathe, I will choose suicide – this causes me fear and distress every day.  This letter is an appeal to your courage and humility to allow me and all Victorians to make a decision when the end comes, for ourselves, with the help of our medical specialists.

Then, determined to act as a living rebuke to all those MPs who would deny her the right to that decision, Nia went to Parliament House, a place she had never been to before, to sit in the public gallery during the debate.

Writing of the experience in Crikey, Nia recalled:

My vantage point from the “accessible” section of the public gallery was one of the few perks of being, as far as I know, the only visibly seriously physically sick or disabled person to attend the sitting. I could see the entire public gallery, press gallery, and members to the right of the speaker. If I craned my neck forward, I could watch the profile of MPs as they filibustered through the long night, asking lengthy questions on topics covered in the debate two days prior. They did so on the basis that amendments to clauses were required. None were passed. For a Pythonesque half hour or so at around 3am, the filibustering focused on the topic of the possibility of the cessation of filibustering.

I travelled between the accessible public gallery, the cafe, and at one point, at 6am on Friday, to an ancient red velvet couch in the library, a stunning chamber of open secrets — endless shelves of leather spines, curling wooden staircases and crystal chandelier. I napped there thanks to the generosity of House staff and MPs.

But not every public political figure has been so accommodating. Former prime minister Paul Keating said in an opinion piece for The Sydney Morning Herald last week, “What matters is that under Victorian law there will be people whose lives we honour and those we believe are better off dead.”

I’ll be the judge of whether I’m better off dead, Mr Prime Minister.

Because that’s the point. Autonomy. This is a profound freedom of choice for a government to allow its citizens.

Despite her obvious suffering (including having Right to Life’s Margaret Tighe accidentally sit on her lap!), Nia sat through every one of the hundred-plus hours of Victoria’s VAD debate.

MPs told me afterwards that, as fatigue began to overwhelm them, the sight of Nia, and others who were terminally ill, unmoving in the gallery was a powerful reminder of why they were there, and who they were there for.

Nia was a warrior, committed, extremely sharp, with a talent to organise around her what she needed.

Warm, kind hearted, generous. She never complained about her illness, about the body that just wasn’t in step with what her mind wanted. Her illness may have confined her, but it never defined her.

Her commitment to the VAD campaign was second to none: she never stopped advocating.

Only four weeks before availing herself of the VAD choice for which she had so tirelessly campaigned, Nia wrote to me. It was just ahead of the final, successful push to see NSW become the final state to legalise VAD. Along with everyone else working for this result, I was tired. This is what Nia wrote:

My fervour for enabling choice for all Australians, all humans, remains unfaltering, Andrew.

I offer you, metaphorically and literally, my strength and forbearance, as you once again seat yourself in the flanks of the parliamentary battleground, this time in your home state.

You probably still feel like “we are only at base camp”. Maybe you are starting to feel satisfaction in achieving law change, the beginning of the social change. I do hope so, because this mission has momentum now, Andrew. We tipped a huge boulder off of its fulcrum, and that boulder is crashing through hospital networks, community care networks, even Palliative Care Australia😁👍

Take 💜 heart. My eyes and ears are open in the chronic illness/disability/pall care space in Vic, and word is spreading. Hearts and minds slowly changing.

It has taken me 6 years of slowly exposing and explaining VAD to my GP - a sixty-something Indian man.

He initially reacted to me talking about VAD with “euthanasia … you know it is illegal, Nia, don’t you?”

When my application was successful, he kept me on the phone for an hour asking me questions, then thanked and praised me for the work, and for “teaching (him) me more than I ever knew about VAD and how it works”. I then asked him to please do the online training, just to be properly educated 😁. The feeling was JUST AS GOOD, if not even better, than when the 2017 law passed. REAL CHANGE.

Politics is not just about who has power. It’s about who turns up.

Nia Sims turned up. And she helped change our world for the better.