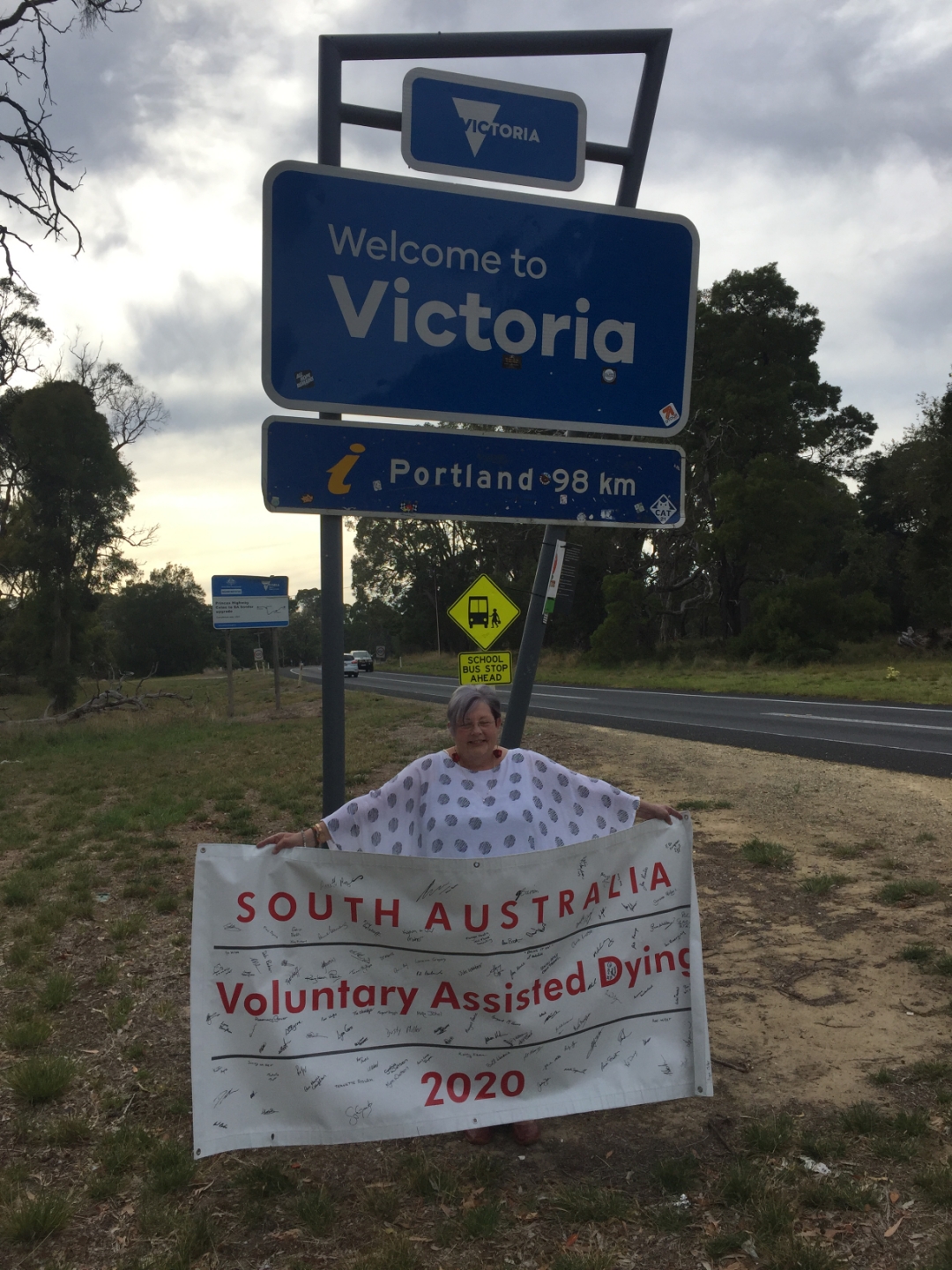 A former novice nun, Jane Qualmann has no qualms about rejecting some tenets of her deep Catholic faith. Living with a bowel condition that threatens her life every time she eats, the South Australian grandmother firmly believes in voluntary assisted dying as an end-of-life option. 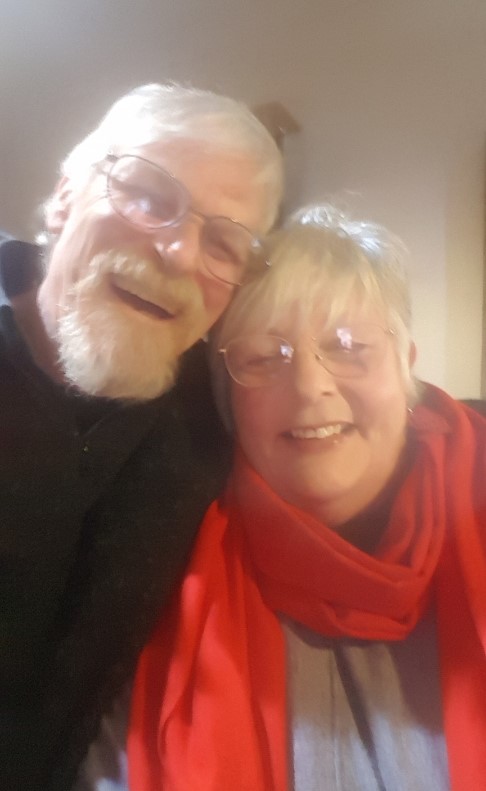 Jane Qualmann’s death is a step closer every time she eats.

The 57-year-old has Neurogenic Bowel Syndrome, insidiously poised to slowly kill her when what’s left of her failing bowel becomes irreversibly blocked.

Jane subsists on a soft-food diet, and simply eating something as basic as mashed potato could cause a bowel obstruction that would lead to a slow and painful death.

Following her last surgery - when she died on the operating table in 2018, before being revived - doctors told her no further interventions could be made.

“The prognosis as of August 2020 was there’s nothing they’re able to do for me anymore,” says Jane, who lives with constant pain.

“I have no end date as such. It’s based on my bowel blocking up, so it could be any day, any week, any month, any time.”

“Every meal, when I get pain, scares me.”

Like many people facing an agonising death through a terminal neurodegenerative illness, Jane is desperate to have the choice to avail herself of voluntary assisted dying laws in her final days.

Her desire for the end-of-life choice is despite her deep-held Catholic faith - she once lived as a nun.

But the law is not available to Jane, who resides in Mt Gambier in South Australia, a state which currently has no VAD legislation.

Adding insult to injury is the fact Victoria, where VAD came into effect in 2019, is a mere 11 kilometres from her home.

“It’s so frustrating, knowing that we could just step over the border, just past the sign, but because we’re in South Australia it’s ‘No, sorry, you can’t’,” she says.

Jane inherently understands the religious position around VAD, having been a novice nun in the early 1980s.

A former Postulate with the Sisters of St Joseph, she took her preliminary vows and “to all intents and purposes” lived as a nun.

“I lived on a stipend, I worked wherever they sent me. I prayed with them. I did everything - lived with poverty, chastity and obedience - without actually taking those final vows of marrying into the church,” she says.

Jane explains she ultimately didn’t make the grade, despite her beliefs and commitment, primarily because of other, strong views, which were deemed incompatible with those of the church.

“It just wasn’t for me. My views on voluntary assisted dying, for example, didn’t align with the Catholic church and with the beliefs of the clergy,” she says.

“The Church is against it. They believe it’s not only against God’s will but that it is killing, against the 5th commandment ‘Thou shall not kill’.

“God has given me this cross, my terminal illness. And that’s my cross to bear until I die - but not to suffer intolerably and without dignity.

“I believe we have that choice of dying peacefully and with dignity and with, still, our faith.”

Palliative care currently the only ‘choice’

As it stands - with the excruciating geographical anomaly of those 11kms - Jane says she has no end-of-life choice except palliative care.

“I want to die before they place me into palliative care,” she says emphatically.

“I do not want to be starved, dehydrated and put into a palliative coma.

“They can only deaden the pain to a certain point before they have to put you into sedation, so you’re still suffering, even under sedation.

“You’ve still got this pain going through your body. No one will recognise you. I want to go before that happens.

“So when the blockage comes that they cannot unblock, that’s my time. I don’t want to go into palliative care.

“I don’t want my family to see me with the contents of my bowel coming up and my bowel exploding within me. 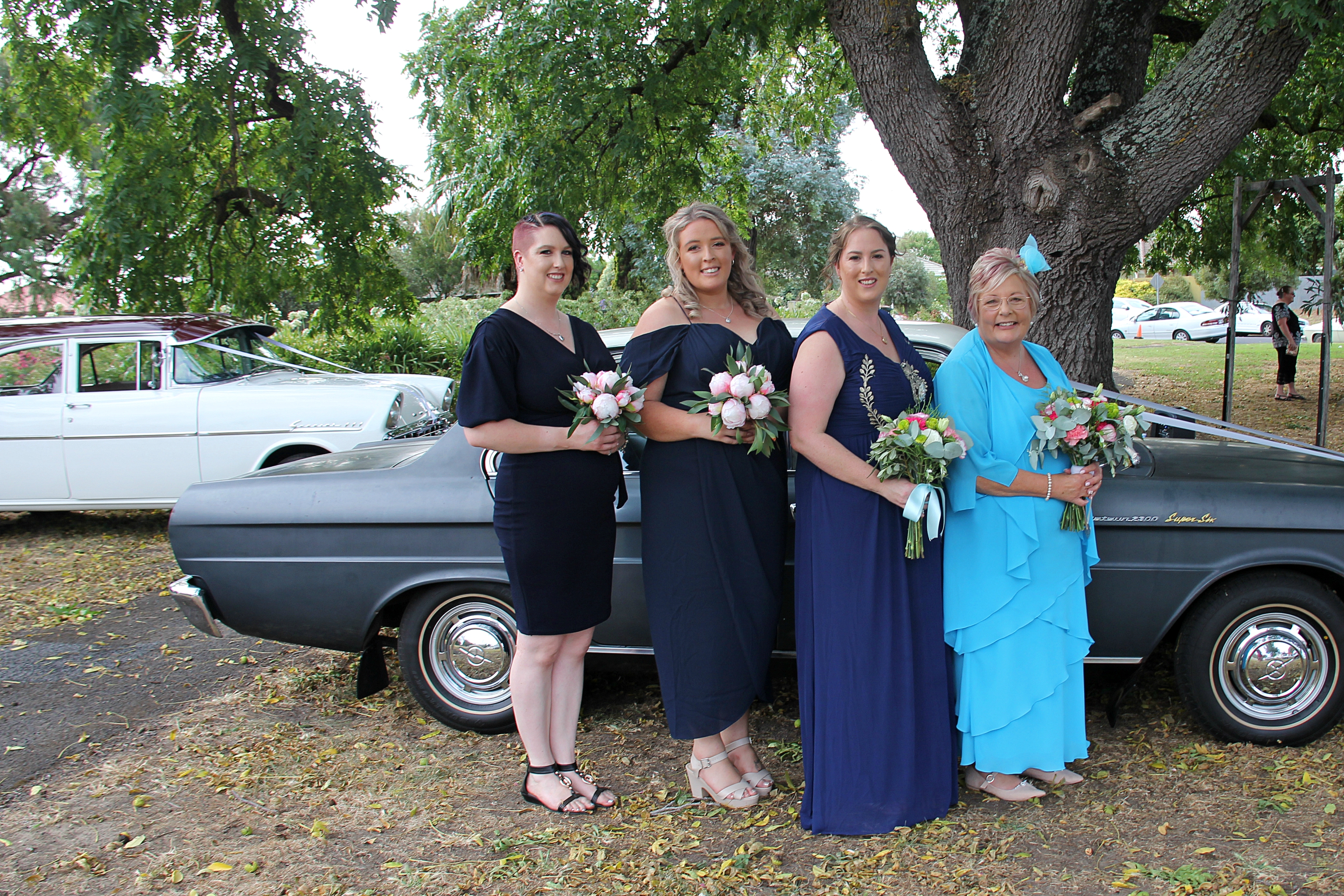 Jane’s husband Andrew Butler is frustrated and sad he can do nothing for her.

“He knows what the next bowel blockage means. He was there with me when I got my terminal diagnosis and it hit us like a train,” Jane says.

“He can’t understand why South Australia can’t be like Victoria.”

To South Australian legislators yet to consider the state’s upcoming VAD bill, Jane puts it simply. “I would say, ‘Please give me the choice of how I want to die’,” she says.

“I would explain to them that there are other people out there who are cancer patients, who are suffering intolerable pain, and who are losing their dignity.

“And all they want to do is pass peacefully and gently from this world.”

MPs who oppose VAD are preventing choice, she says.

“You’re stopping us from having that choice of how we want to die,” she says. “It’s just so wrong that my life, and how I end my life, is dependent on a politician.”

Jane says she knows her time is coming but says “it’s not just about me”.

As for the question of religious objection?

“You can still have your faith and make a choice.”