My parents Lindsay and Janet Henderson were GPs in the Scottish Highlands. In those early days doctors were able to assist dying without  question. If you were a GP in a village where you knew all the families, when death was near you assisted them to go peacefully, if requested. 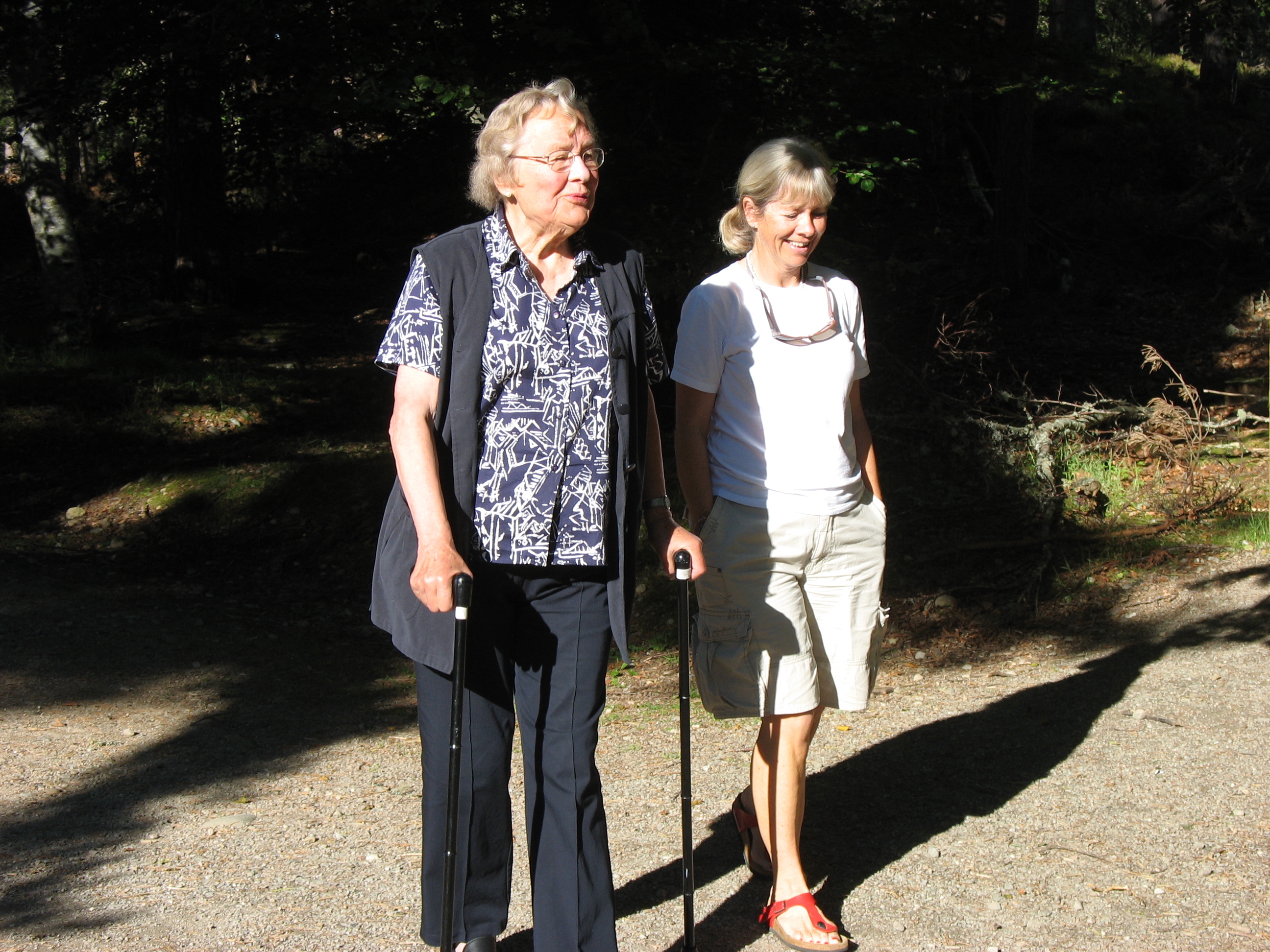 My father was a GP trainer and in the 1970s a trainee doctor who was religious questioned him about his right to assist in death. From then on it became more difficult for doctors to do what they had always done. It seemed unfair my parents had helped other people and when their times came they couldn’t have the same consideration.

My parents met at medical school in Edinburgh and graduated in 1948. They went into practice together in the same Highland village and continued to work until they retired in their 60s. I’d left Scotland for Australia in 1977 and after retirement they travelled frequently to Australia.

They were well until their 80s when my father developed a type of leukaemia and had to have blood transfusions. He had donated blood all his life. Eventually he said ‘I’m stopping. There’s no point me using up all the blood I’ve given over all these years’. He was taken into the local cottage hospital where he’d been a doctor and took a couple of long weeks to die. He said to his doctor: ‘Steve, I’m taking an unconscionable time to die’. He passed away in 2009 aged 85.

Two years after my father’s death, my mother started being incapacitated with cardiac failure, which makes you breathless and is uncomfortable and you feel as if you are drowning. She was by now 88. She went in and out of the cottage hospital being managed with medications.

In June of that year there was discussion about her going into a nursing home and she refused. In August it was left to me to talk to her by telephone from Australia and explain her options. She was terminally ill and could choose to stop treatment and have palliative care. She said, ‘I’d completely forgotten I could choose that’.

I telephoned the health centre in her village and spoke to her GP and organised for her to die at home, and the first week worked well. She was given regular oral morphine to alleviate the feeling of breathlessness. I arrived back in Scotland for her final six days.

These days were horrendous. She required catheterization and I had to help at 10pm because there was only one nurse and no doctor available. She developed pneumonia and had sputum draining from her mouth. The noise of her breathing was terrifying. I am a physiotherapist and have worked in intensive care, but this was indescribable.

She was intermittently unconscious and had a syringe driver for drugs. She would wake and be furious that she was still alive.

One night  I ended up alone with her. After a desperate plea from her, I injected enough midazolam into her syringe driver to make her unconscious and keep her unconscious.

It took her another 18 hours to die and I could not be in the room with her due to the horror of the situation. I was not with her when she died.

We need to be able to choose when to die.

Palliative care is important, but including provision for assisted dying at the time of the patient’s choosing is humane and ethical.

In the final stages, the outcome is inevitable and doctors should not be legally bound to prolong life for another few days that the patient does not want to live. Old age is a terminal condition.

If my parents had had the option of an assisted death or a death by their own hand with a suitable drug at the time of their choosing, they would have had a peaceful end to their lives with their family around them.