I guess the best place to start is where ‘our’ journey all began. It was Winter 2013 and Bill hadn’t been feeling quite ‘right’. (He had undergone surgery 2 years earlier for removal of a tumour in his bowel. He had seen the gastroenterologist the previous November (2012) for a check up, and after an endoscopic exam was told, ‘all good, we won’t need to see you for 3 years’.) He had seen our GP and went in for a CT scan, and was referred back to the gastroenterologist. He went in to see the Dr, I remained in the car, and came out and said ‘I need to go see a lung specialist right now, I now have lung and liver cancer and only have 6-12 months to live.’

My whole world changed with those few words. We drove to the other Dr’s appointment and my mind was spinning as I sat waiting for him to come out of the appointment. I went through a myriad of emotions in a short period of time, sad, angry, hopeless, feelings of loss for the future we’d planned and then began to focus on the what I needed to do for Bill, I’d have time to deal with what I was feeling later. He came out from Dr #2 and the news was no better, they wanted to do a targeted biopsy to be certain that this was metastatic colorectal cancer, and it was scheduled for the next week.

We talked on the way home, I told him that this was his journey and I was along to make sure he got to ‘do it his way’. His first concern was being here for his youngest son’s 21st which was 6 months away, I told him I was relatively confident that he’d make that.

The biopsy confirmed what we’d suspected, it was indeed metastatic. And they told us then that there was nothing that could be done. We were referred to an oncology centre, where it was also confirmed that this was indeed terminal and they concurred with the time frame given. It was suggested that perhaps some chemo might give him a little more time, but even that was uncertain.

Bill decided that he would rather take it as it came, rather that undergoing chemo that may make him sick and lessen the quality of life for possibly a bit more quantity. 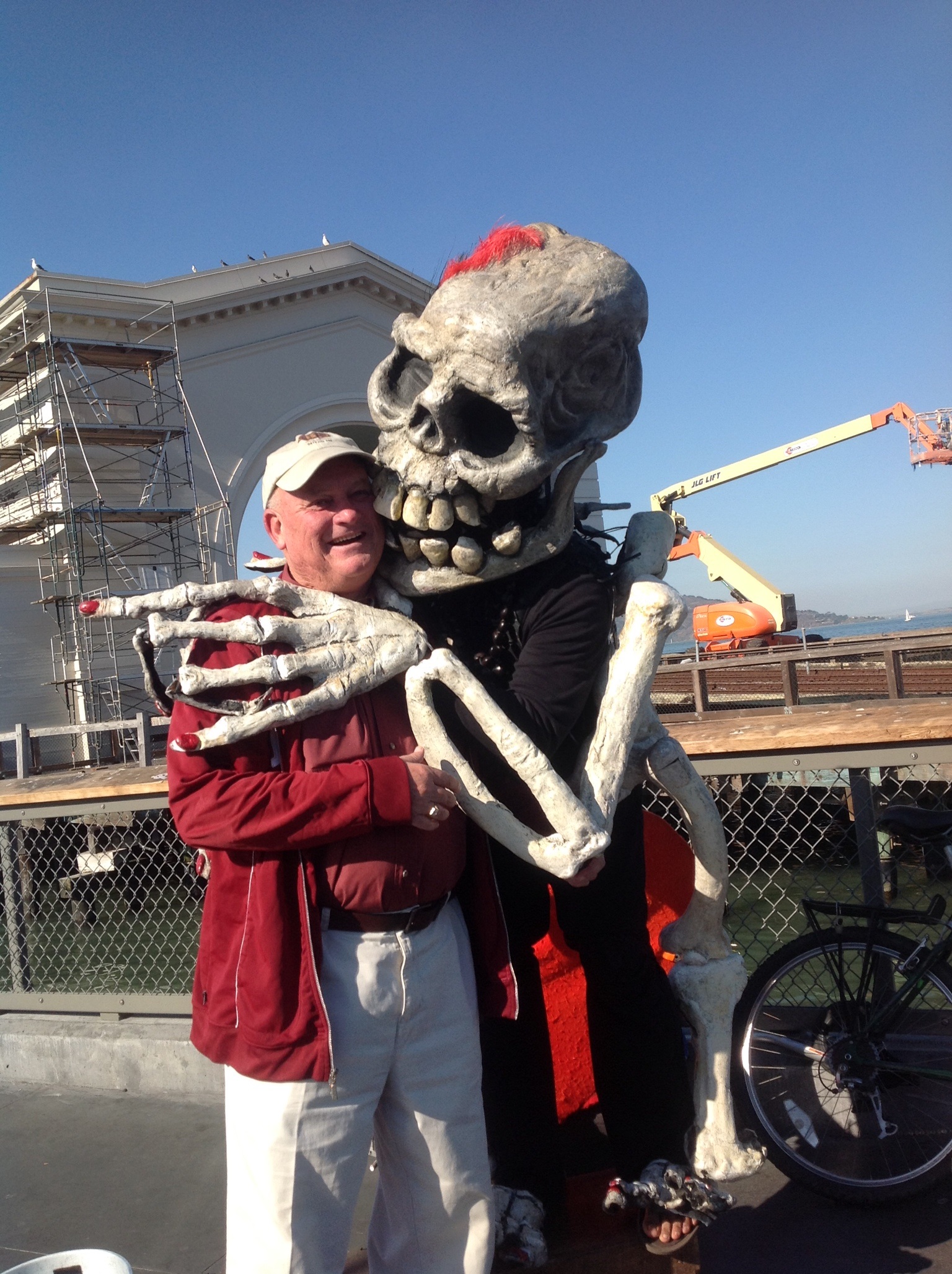 I have to say that all Drs and staff that we dealt with were wonderful, and supportive. Medication was prescribed for comfort and to alleviate symptoms as much as possible, and we set about making the best of the time we had left together. We travelled to the US and commenced a road trip from the west coast to the east coast and back, covering 10,000 km in just under 3 weeks. Discovering new places and catching up with my family, which Bill had never met face to face. There were a few bad days along the way, but we kept moving and made many memories to reflect on when we returned home.

Once we returned, it was time to begin preparations for Christmas and the New Year, the holiday season was bittersweet knowing that it may be our last. Having said that we moved forward and spent time with family and friends, and made more memories for all of us.

March came and the 21st was upon us, and he’d made it. At this point Bill decided that perhaps the chemo might be a good idea after all, third day he was sick and decided to discontinue. The following week we embarked on another road trip, this time to Sydney in a motorhome, saw the sights along the way and caught up with friends in Sydney. More memories created which we would reflect on many times over the time we had left.

Our Palliative Care team was wonderful; I am at a loss for words to express my gratitude to each and every team member that joined ‘our’ journey. During our first visit Bill expressed his desire to remain at home, which they took on board and helped make it a reality.

August came and went and Bill was still with us. Most days were good, a few were not so good, pain relief was available and used when necessary. More memories were made and we continued on the journey.

Another Christmas season, and still more memories. Bill was certain that he was going to die soon and with that in mind organized a memorial race in Queensland for February, again defying the Drs, Bill was still here and watched the race from here at home with a houseful of friends, we had a party and watched the race on TV and Facetimed with family that attended the races.

Good days started to become fewer, so we made the most of them and shared quiet time at home on the not-so-good days. Another road trip to Sydney, with stops along the way to show me places he had lived, and meeting up with old friends where yet more memories were made.

He deteriorated further and in August (2 years from diagnosis)- September he was to the point of being hospitalized to investigate sources of pain and re-assessing his meds, by the time a bed was available he had rallied and only went in for a chest x-ray and some blood work, he stayed part of one day and called and said ‘come get me’, we returned the following morning for the x-ray and when it was determined that his lungs were not filled with fluid he opted to come home and remain on the same pain meds.

The following week, Bill’s 60th birthday was upon us, one we never thought he’d see and he decided he wanted to go on a ‘cruise’. Logistically it would be difficult to get to Sydney to embark on even a short cruise, so Bill decided that the Spirit of Tasmania was the best option. We departed Port Melbourne the evening before his birthday for an overnight crossing (complete with the car onboard), arrived in East Devonport the next morning, had to exit the Ferry, so we drove over to Devonport got the newspapers and went back to East Devonport re-boarded for a day-crossing and returned Melbourne on his birthday. People asked me ‘why’, and I replied, ‘why not’. Another memory made. Length of cruise -- 21 hours.

Bill began to deteriorate more quickly at this point, and needed additional pain relief. Once again our palliative team stepped up and introduced us to another amazing Dr, our final palliative team member.

Pain killers became Bill’s best friend making life tolerable, but not always pleasant, with me administering injections as needed. We had one last Christmas, and again made more memories surrounded with family and friends.

The final descent began just after the New Year, and decision was made that a syringe driver was necessary to manage the pain, with break through pain managed with additional meds. Bill’s children got to come and see Dad one last time, and we lost him a few days after these final visits.

In this day and age we are looked upon as inhumane if we don’t end the suffering of a much-loved pet, we should be able to do the same for suffering loved ones.

I find it unimaginable that our society does not allow terminal patients at the end of life to have the choice to end their suffering on their own terms.

I respectfully ask that the Parliament bring forth legislation to allow this option to be available.