'He died peacefully and without fear'

69-year-old Larry Riley died “peacefully and without fear” using Victoria’s Voluntary Assisted Dying law. Suffering with end-stage respiratory disease, Larry said accessing the law had been difficult, but he was grateful for the choice. "I want everyone to know what is available to them." 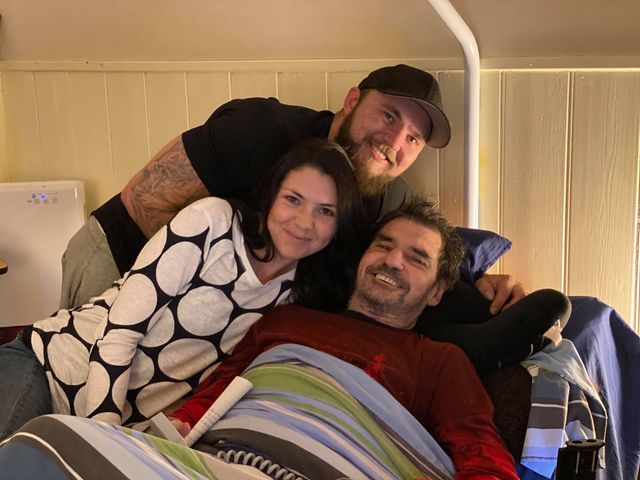 Larry’s story and his plan to use Victoria’s Voluntary Assisted Dying law were beautifully told by Ben Fraser in the Wimmera Mail-Times.

This weekend Larry has chosen to die.

Larry has Chronic Obstructive Pulmonary Disease - COPD for short - which has left him bedridden.

This month, he was granted permission under Victoria's Voluntary Assisted Dying (VAD) program to end his life.

Surrounded by friends and family, he will drink a small, bitter concoction, fall asleep and pass away.

"I've suffered for six years. I suffer from pains in my ankles, knees, hips, stomach, bowel, neck and bladder."

"In the last two or three weeks, I realised I am getting worse quickly. Today (Wednesday) is a blessing, but yesterday I could not talk."

"My kids are coming up Friday. I've spoken to all of my friends, and they are all on my side."

"My mind has blanked out beyond this weekend. Everything is going exactly how I want it to go."

Samantha, Larry’s daughter, says her dad died exactly as he had wanted.

"On the weekend of his chosen passing he was blown away with the amount of love. My brother and I were able to be with him while he passed and tell him we loved him right before closing his eyes. In true Larry-the-larrikin style, he was cracking jokes right up to the end.

“Though we miss him dearly, we are so relieved that he was able to pass this way without fear and very peacefully.

“He was so at ease and 100% ready to go after years of suffering with COPD. 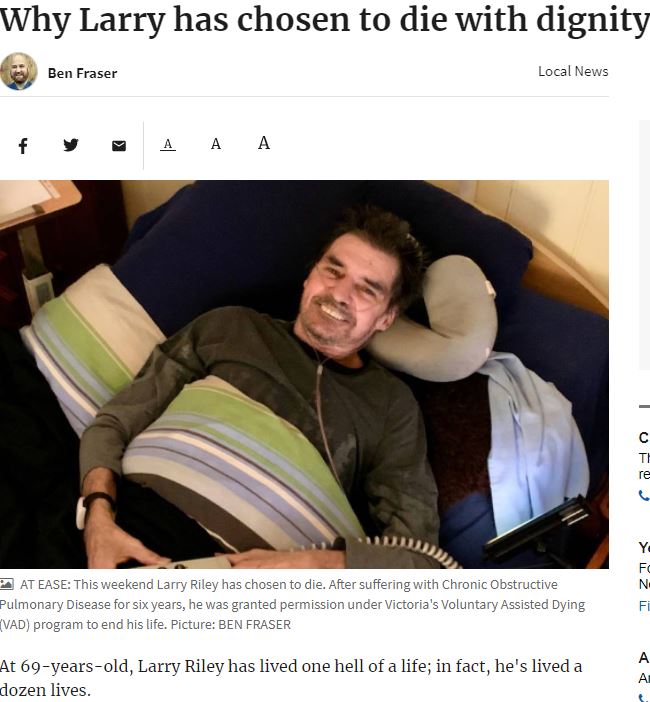 “Dad spent the last few weeks of his life trying to spread awareness for this [VAD] option and even made it to the front page of some local papers," Samantha said.

“I am so grateful that he was able to pass this way surrounded by loved ones. Dad said he was overwhelmed with the amount of love he felt. We were all given the chance to make his last weeks super special.”

Larry told the Wimmera Mail-Times that when he decided to end his life voluntarily he was met with many obstacles, including locating specialists to conduct his VAD assessments. It was only through chance that he found two doctors willing to visit him in GlenThompson where he lived in regional Victoria.

Larry said he did not want anyone else to go through the same trials to participate in the VAD program.

"I want everyone to know what is available to them," he declared.

"I'm lucky that I lived close to Ballarat and Warrnambool, but some people live much further away from these places.”