At last! The Northern Territory and ACT have won back the right to pass Voluntary Assisted Dying laws after the Australian Senate passed the Restoring Territory Rights Bill.

The Australian Senate overturned a 25-year ban on territory governments making their own laws on VAD on the final sitting night of the year.

Finally, the NT and ACT can make up their own minds on VAD - rather than federal powers deciding for them.

This rights a historic wrong. Back in 1995, the NT bravely passed the world’s first compassionate euthanasia law. However, when the Commonwealth heard, a small group of well-organised, anti-choice politicians set about overruling the NT’s law and gagging both territories on the issue.

The 25-year fight to restore Territory Rights has been one of the most vexing for end-of-life choice in Australia, but also one of the most rewarding. Politicians from across the political divide - not all of whom support VAD - have come together to respect the democratic rights of 700,000 Territorians.

Every Australian state has now passed a VAD law; it is only right that the NT and ACT have the choice to do the same. 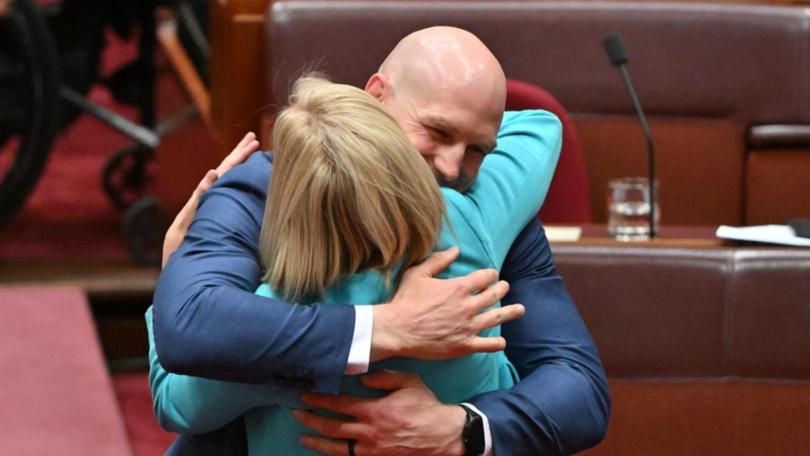 Our heartfelt thanks to

Marshall Perron, former NT chief minister and architect of the NT’s original euthanasia law, for his continued fight for Territorians’ self-determination long after he left politics;

Judy Dent, whose husband Bob was one of just four people to use the NT’s law before it was overturned, for never wavering in her pursuit of justice;

Tara Cheyne and the ACT Legislative Assembly, for keeping the spotlight on this issue;

The Australian Greens for their steadfast support for Territory Rights and voluntary assisted dying over many decades;

Federal Labor MPs Alicia Payne (ACT) and Luke Gosling (NT) for drafting and introducing this bill in the House of Representatives;

And all MPs and Senators for supporting the rights of Territorians to decide for themselves about their own lives and deaths.

Together, we have shown our federal parliament their overreach would no longer be tolerated by the Australian people.

However, VAD is not yet legal in the NT and ACT. Their Legislative Assemblies must now debate whether to pass their own laws, as every state has had the opportunity to do.

This is a long-overdue but significant step towards compassionate, end-of-life choice for all Australians.