Radio legend Howard Sattler stood up for the battlers and took on governments in his long career as the king of Perth talkback radio. Now with about a year left to live he says Western Australian politicians should listen to the people and allow voluntary assisted dying laws. 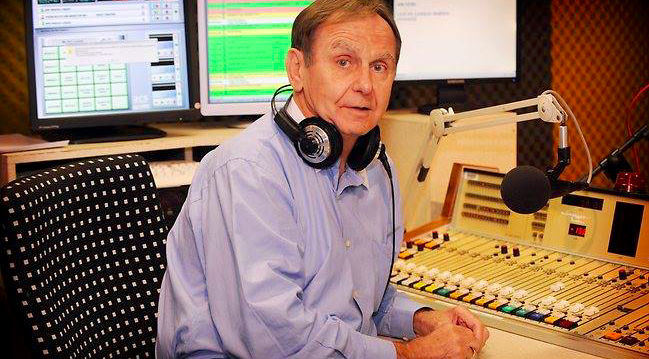 Mr Sattler, 73, has terminal Progressive Supranuclear Palsy, a condition similar to, but more aggressive than, Parkinson’s disease, for which it is often mistaken. He says he would like to die with dignity and hopes the laws are changed while he has time.

“Dignity is the thing,” Mr Sattler says. “It is most important. If you can’t have dignity in dying, when can you have it?”

Mr Sattler, who ruled Perth talk back radio through the 80s, 90s and into the noughties, and who last year was inducted into the Australian Media Hall of Fame, says politicians should take note.

His message to members of parliament is clear.

“Have a heart and care for the people who are going through this stuff and for their families,” he says. “It would be voluntary after all.”

To MPs planning to vote against a bill, Mr Sattler says: “You were elected to do the will of the people ... not to appease your own consciences on this issue.”

"Churches opposed to voluntary assisted dying should stay out of it. It should be up to the individual."

Mr Sattler says he has long supported changes to the laws after watching his father die from bowel cancer. Voluntary assisted dying is also an issue that has been debated over the years on his radio shows.

His own health battles began in 2012 when he was diagnosed with Parkinson’s Disease. The diagnosis was changed last year to PSP/Steele-Richardson syndrome which affects only about 1300 Australians.

In 2014 he fought throat cancer and the treatment left him without his trademark voice.

Mr Sattler says doctors have told him with PSP he is likely to die from pneumonia or a bad fall and fatal head injury.

He says he’s doing his best with an exercise program and sessions with a physiotherapist and chiropractor, but the average life expectancy from diagnosis is seven to 10 years. It’s been seven years since his first diagnosis.

He hopes to finish a book he has been writing.

“I’m trying to finish off a book,” Mr Sattler says. “I’ve been writing it for years, but I can’t concentrate.

“Recently, I had the opportunity to return to the golf course, having suffered numerous falls I retired in deference to my playing partners five years ago.

“Thanks to Empower Golf and their great invention, the Para Golfer, I practice once a week.

“But I realise time is fast running out for me to enjoy my favourite pastime.”

Mr Sattler says other pastimes such as gardening and travel are no longer possible.

“I had wanted to travel with my wife, but for six years she’s had to look after me,” Mr Sattler says. “It’s become too much for her. We have carers come in now two days a week.

Mr Sattler says it’s not just about people like him with terminal illnesses. He says families are also affected.

“It’s very important to the families to see their loved ones have a peaceful ending,” he says.

As told by Howard Sattler, February 2019