My husband Andy was my best friend

My husband Andy was my best friend. 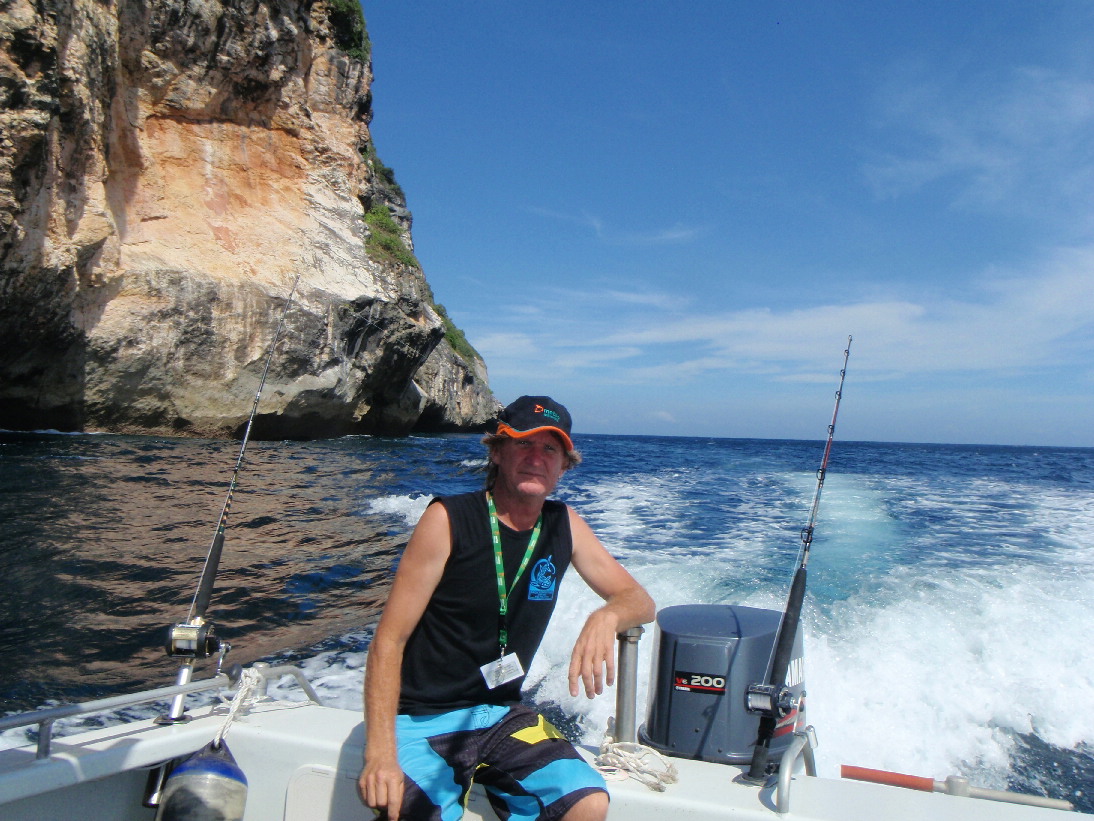 We did everything together – like scuba diving, rock climbing, boating and fishing. There were so many wonderful times in our 38 years together. But since he died a year ago, I find myself thinking more about his death than our life together. I still have nightmares about those final few days, sitting next to him and watching him die of thirst and starvation. If I close my eyes it’s like I am back there in the hospital room. I can see the whole thing happening again.

We met at university in Poland where we both studied mechanical engineering. I was 21 and he was 23. Poland was a bad place at the time. The communist regime was in and there was no food. We had a baby boy, and we couldn’t even buy formula. We saw photos of Australia and decided to move here. We arrived in 1982 and he got his ticket as an electrician. We thought we were in paradise.

Andy was diagnosed with stage four bowel cancer in August 2016, and underwent radiation, chemotherapy and surgery. We were initially hopeful about his prospects, but in November the following year we were told it was terminal.

After Christmas he took a bad turn and doctors told us they could operate to remove part of his small intestine, but that he may not survive the operation. The other option was palliative care, in which he would die within days or weeks. The doctors called it “quality time.”

He was in so much pain by this point. Even powerful painkillers like oxycodone didn’t help relieve his suffering. He was emaciated and couldn’t eat or go to the toilet. He said he could not go on anymore and wanted to die. He called for a priest. He had renewed his interest in Catholicism in the previous few years, but had no qualms about choosing to die. He would have taken a pill if one had been available.

They next few days have been the subject of my nightmares ever since. He could communicate for about one and a half days. On the third day he started talking gibberish. Nothing made sense. Then he stopped talking altogether. He lost consciousness, and just lay there making awful noises. The doctors said he couldn’t feel pain, but I’m not so sure. For days we sat there listening to these awful noises, watching this man dying. It was very traumatic for me and my son and my brother. I don’t know why the doctors called it quality time. There was no quality.

Suddenly, on the night before the fifth day, he regained consciousness. He tried to get up from the bed and rip out the tubes. I had to push him back on the bed. He got very, very angry, and was so strong. And I felt terrible about fighting my dying husband.

It was really out of character for him to get so angry. He had always been the best patient. Everyone who knew him said he was the kindest, loveliest man they had ever met. But our last conscious moment together was spent physically fighting. I have nightmares about this all the time. I only manage to sleep a few hours a night. He died about an hour or two later, on the fifth day, January 13, 2018.

If Andy had been allowed a voluntary assisted death, our last moment together could have been spent saying goodbye peacefully.

Family and friends could have said goodbye while he was still conscious.

He went through what I call slow-motion euthanasia. He was left to suffer and slowly die.