I could only imagine that my eardrum had ruptured or something. By the 11th, the pain had only increased if anything. I wanted to go to the GP but I couldn’t take myself there, so I asked my mother to drive. 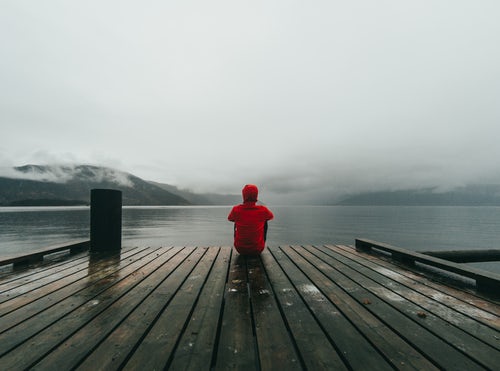 As we were in the carport I opened the car door and I collapsed onto the ground with a grand mal (tonic-clonic) seizure. I was admitted into John Hunter Hospital in Newcastle where a large mass of approx ‘very large chicken egg’ size was found. It was a tumour.

Shortly before Christmas I received the pathology results: Grade 3, anaplastic, aggressive, malignant, ganglioglioma. Prognosis two to five years. I was 33 at the time. For myself, I’m not afraid of death. Death is nothing, it’s void, it’s null. I’m no more scared of death than I am of the non-existence before my birth.

What troubles me is pain. What troubles me is being alive but incapacitated. I’ve already felt that pain. It’s horrific. I cannot put into words the feeling of that pain, that pressure pain. It’s as though your entire brain is being forced out of your skull. In many ways that’s what’s happening. And pain meds can only treat that so far. Most opiates can’t help it. Steroids are what they use, but they often have side effects.

As for losing my ‘sense of self’, I’m a hardcore nerd. I’m almost narcissistic to my brain. I like being a nerd. I enjoy knowing things. My greatest phobia is to lose my mind. So being alive whilst my mental ability goes, as my brain literally dies (grade 4 cancer is necrotic cells) will be unbearable. The end game for my tumour, given that it’s a left-side parietal tumour, is possibly: partial blindness, right-sight paralysis, being mute, cognitive impairment, pain.

I already get headaches about daily now. I get ‘bad headaches’ about every two to three days or so. I can generally push through these but, what happens when I can’t? At the moment I just have to keep suffering and keep living. So here’s something that is rarely discussed with euthanasia. The lack of euthanasia laws depresses me.

The fact that I know that, in my final days, I’m going to be forced to experience this torturous death in my greatest fear – depresses me.

I’m spending my final years depressed not from ‘dying’ but from the ‘method of dying’. If, however, we had euthanasia laws and I knew I could say, ‘Right! When it gets to that point, I have a plan in place’, I no longer would be worried. I’d be happier. I wouldn’t have to face that torture. This is a very important point so let me state it again.

Euthanasia laws, by their existence, make terminal illness easier to live with. I doubt the laws will be in place before I die, unless I get high on the bell curve for my cancer. Odds are on I’ll have to figure out my own exit or I might get ‘lucky’ and die suddenly. But I hope that the more I can comment on it, and leave traces of my opinion – first hand – as someone living with terminal illness, hopefully people (politicians) will start to address this dire need for law reform.