John Hammond may be one of Western Australia’s most high profile lawyers but he rates a university summer job working at a Home of Peace for the incurable and dying as the emotionally toughest he has faced. 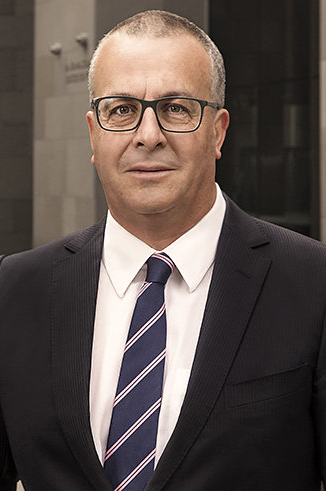 Mr Hammond spent five summers as an orderly at the Home of Peace in Subiaco in the 1980s and says the time helped shape his opinion that assisted dying should be legalised in WA.

He began the job as a teenager at the encouragement of his late mother who was the home’s deputy matron and continued it into his early 20s. It helped put the top lawyer through law school, but also opened his eyes to a human tragedy.

“There were many people who were in such severe distress physically and emotionally that they wanted their lives to end,” Mr Hammond says.

“They just didn’t want to sit it out waiting until the bitter end.

“The majority had no visitors.”

Mr Hammond says his job was to feed, toilet and shower the patients and to take them to the morgue after they died.

He says sickness and death are great levellers and the patients had come from all walks of life from Supreme Court judges to an Indigenous man who fell off his horse and was paralysed down one side.

Three decades on and Mr Hammond has become a legal champion of people seeking the right to die with dignity and of Perth doctor Alida Lancee, who has admitted to assisting patients to end their lives.

In 2009 he represented Perth quadriplegic Christian Rossiter, 49, who became a human face of the euthanasia debate in a landmark Supreme Court case that ultimately gave him the right to refuse food from his care provider.

Mr Rossiter was unable to move, could only talk through a tracheotomy, could not take food or fluid orally and was dependent on carers. He died five weeks after the court decision.

“It was impossible not to have that effect you personally because his physical situation was so dire that you couldn’t but, in my view, have sympathy for his position that he wanted his life terminated,” Mr Hammond says of his late client.

“When he first met with me he wanted to be able to go to Switzerland to one of the death clinics which would administer Nembutal. I told him our laws don’t permit me to assist him in any way otherwise I could be charged.

“He didn’t have the capacity to go there himself because he was too physically disabled.

“Ultimately legal action was taken in the Supreme Court and an order was obtained. “Brightwater Care Group were told by the court there was no obligation on them to medicate if the patient said ‘I don’t want any medication’ even though not medicating could result in death.

“To me that’s just a small step in the process. People shouldn’t have to rely on an even greater sickness to take them out from their current sickness.”

Mr Hammond is now also representing Dr Lancee and says assisted dying is a debate we need to have.

“I come from a family that all strongly support euthanasia,” he says. “I think it’s important to have the option.

“I think the debate will continue in earnest because WA people overwhelmingly support assisted dying laws and there seems to be bipartisan support in the parliament, except for a few MPs.”

as told by John Hammond, November 2018