It was six years ago when Justine Martin was diagnosed with Multiple Sclerosis, a degenerative illness that left her with crippling pain through her legs and feet. The news turned her life upside down and forced her to confront her own mortality, knowing that her mother had died of complications from the same illness.

“I saw how much she had struggled, and I didn't want to be like that. I didn't want my children to sit there and wait for it to happen.

This year Justine suffered further blows with a diagnosis of small lymphocytic lymphoma and chronic lymphocytic Leukaemia. She is currently undergoing chemotherapy.

“I've had some horrific days. Days where I've gone to sleep and thought I wouldn't wake up.”

“Until you've experienced acute terminal pain, I don't think you have the right to say someone can't have access to assisted dying.”

When Justine was diagnosed with MS she was forced to quit her job in retail and program management and instead turned to painting. “I couldn't work anymore because of my symptoms. When you can't count money, there's a bit of an issue.”

“I joined the art classes more for the company. I was sitting at my home by myself in isolation and that's never a good thing."

Justine says being diagnosed with MS has meant learning to live with pain.

“When I have a shower and water runs down my legs, it's like razor blades slicing through my skin. It's like electricity is going through my whole body, it just shoots out wherever it likes.

“I get to the point that pain is so bad in my feet that I can't put them on the ground.I hold off going to the toilet and then as a result get urinary tract infections.

“There's always pain there, it's just whether it's 1 or 20 on the scale. Nothing really works for the pain. It feels like my body just doesn't like me.

Loss of her mother 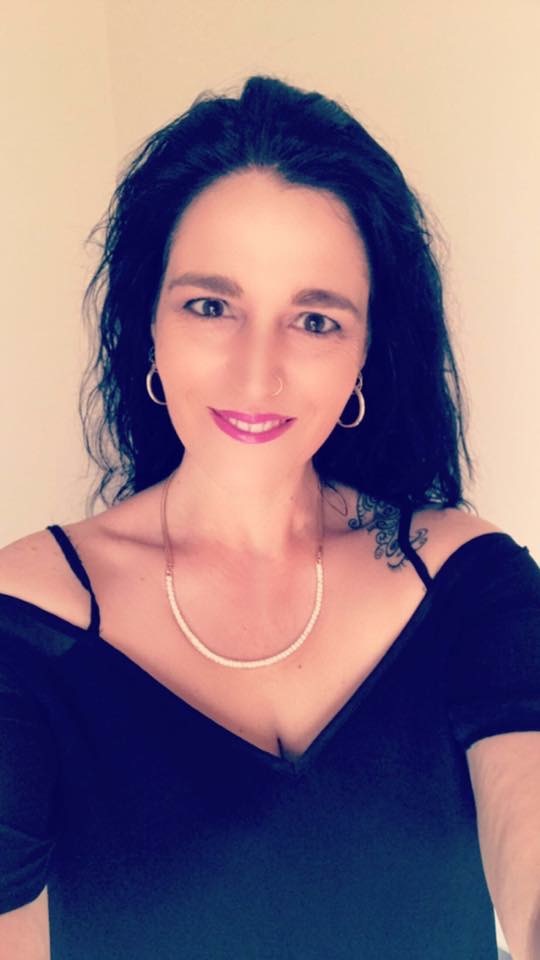 Not only has Justine been forced to confront her own death, but she lives with the memory of her mother's death. She was 26 years old with a seven-week old baby when her mother passed away.

“It was a cruel death, and happened over a 24 hour period. She had fluid in her lungs, and my brother and I had to sit there with her. It was traumatic for both of us.

“She had a peg [feeding tube] in her stomach, and a breathing tube. She had no quality of life. She had lost the will to live a long time prior to that because of the MS.

“She often spoke of ending her own life. She just didn't have the means to do it. Her biggest fear was becoming incontinent."

Justine says living with chronic illness has changed the way she thinks about her life.

“When you get a diagnosis of MS, of cancer, of heart disease, it instantly changes who you are overnight. All of a sudden you're confronted with your own mortality.

“Before you're diagnosed with these illnesses you think you're going to live forever. You think you've got all this time.

“But life isn't limitless. Time is the most precious commodity on the planet. We can't buy it, we can only use it once. How you spend that time should be up to you.

“What healthy people don't understand is that, in the blink of the eye, your whole world can change, and it will never be the same as what it was 30 seconds ago.

“I've had that happen several times in the last six years, where the life I knew was no longer. It's gone, instantly gone.

Justine says the way someones life ends should be up to them.

“Since my mum died I've believed there should be assisted dying. It's extremely important that we have a choice.

“If you want to live your last moments in pain, that's ok. But it should also be that if I want assisted dying, that's ok too, that's my choice.”

“It comes down to choice and about wanting to be in control.

“To be able to be in control and say – OK, on this day, I've got to a certain point, this is enough, I want to go – it will feel like I have a choice."

Thinking about the future

For now, Justine is confident her cancer will go into remission, but her MS will still need managing.

“There's no guarantee I will stay in remission or how long my quality of life with MS will last.

“This year has been horrific in terms of facing my own mortality, and potentially heading down the same path as my mum. I've had a lot of time to think about it.

“It would be such a relief to know that if it ever got to that point, that I had the choice to end my life in the way that I wanted to end it, at a time that I chose."