Van (Willem van Soest) and his family migrated from the Netherlands to Australia in 1955, settling first in Elizabeth and then Whyalla in South Australia.

He worked for his father as a bricklayer but in 1962, he left his father’s employ to work for BHP Whyalla where there was a huge ship building industry, hoping to earn better money to enable him to travel as a singer with his band. He was 22.

At BHP he worked alongside laggers, who installed insulation which was impregnated with crocidolite (blue asbestos), around pipes and boilers. The ship he worked on was the PJ Adams, a large, steam-powered oil tanker. All the men worked in a confined area with asbestos flying through the air, so thick you could barely see in front of you. They had no respiration gear, no goggles, nothing. None of them were told of any danger. In those days you just did your job and got on with it. 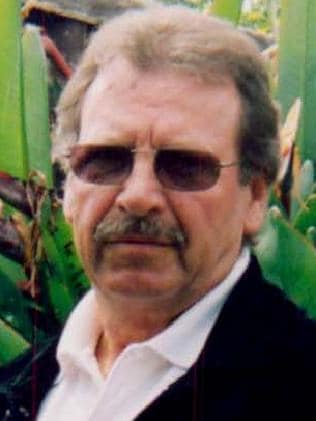 He was a fit and healthy young man and three months later, having earned his money, travelled to New Zealand, singing in clubs by night and working for Mount Cook Airline as a steward by day.

I met him in Perth in 1974; we married in 1976, had one child, a son, Jordan, and divorced in 1981. For our child’s welfare we maintained a fairly close relationship. Van had a fit and healthy life with rarely a cold or illness. As an older man he had some of the expected aches and twinges of ageing but nothing that wasn’t normal. Little did we know what was lurking in his lungs.

Late in 2011 things changed. He complained of a pain in his lower right back and of chest pain. He was a man who never succumbed to illness and put up with most things. A fairly tough individual.

So when he phoned me to ask what could be wrong, the alarm bells went off like Big Ben.

We attended the Emergency Department at Sir Charles Gairdner Hospital in Nedlands, Western Australia. A doctor listened to his chest, asked him a few questions and suggested we come back the next day to out-patients! I told him what I thought of that suggestion in no uncertain terms and further to that, we were not leaving the hospital until we knew what was wrong. At my insistence they reluctantly took samples from his lungs, did blood tests and then totally changed their treatment of him as they now realised how ill he was. He was admitted to the hospital. That was the beginning of the nightmare of mesothelioma.

Lung cancer was finally diagnosed but it wasn’t until a couple of months later that mesothelioma was confirmed. We were told there was no cure and that it could only be caused by asbestos. His life expectancy was between 12-18 months. His only recourse in order to hopefully extend his life expectancy was to try to slow it down by having chemotherapy.

We discussed the treatment and he decided he’d give chemotherapy a go knowing that it would not cure him but might buy him some time. We also discussed his end of life decisions. He believed in euthanasia so he joined Exit, (I was already a member) with every intention of eventually putting an end to his life at a time he felt was right for him, using Nembutal. His doctors at the hospital and his private GP were given copies of his end of life requirements, and the Enduring Power of Attorney which I held.

He was living independently in his own home at that time and we decided he would have the chemotherapy sessions and then stay with me for a week or so to get over the after-effects of the treatment. Each time he had a course of chemotherapy the aftermath was so appalling and made him so ill and weak that after a time we decided that if he continued down that path then the time he was told he had left would be spent so debilitated and weak, with an immune system destroyed by the very treatment meant to prolong his life. It just wasn’t worth it. He opted out of the treatment and was able, for quite a few months, to still live independently, enjoy the company of his friends once a week in the pub and have some sort of life.

However, he started to deteriorate and was put on oxygen. At this point he was taking prescribed doses of Oxycontin, Oxynorm, Movicol and various other drugs for pain. I went to his house every second day to check on him and one particular day noticed he didn’t seem to be aware that the cords from the oxygen tank were near the gas heater and that he was unable to hold his concentration for very long. That was the day I decided he had to come to my house. He was very angry and it was awful to have to insist that this was the best course of action. He eventually settled in and for all intents and purposes was comfortable and even rallied for a short time now that I was preparing nutritious meals for him. Never in our wildest dreams did either of us ever think we’d end up living in the same house 31 years after being divorced.

Van chose not to be in palliative care as he couldn’t bear the thought of being poked and prodded with people coming and going and the routine of a hospital-like existence.

A hospital bed was delivered when he started to deteriorate. Silver Chain nurses had been assisting with his daily hygiene and the doctor prescribed his drugs which Silver Chain nurses administered via the push pump in his chest. As the days went on the drugs became less and less effective and so the dosage was increased. The build-up of fluid in his abdomen was excruciatingly painful and was extracted by syringe from time to time; a very painful procedure.

During the previous couple of years he’d had biopsies and of course when that’s done, cancer cells are left behind which then cause secondary cancer. The morphine causes bowel loops, which in turn causes excruciating pain, so not much use to anyone. The bowel loops caused by the morphine were just a further agonising part of this hideous process; a vicious cycle of pain and suffering. Morphine ceases to have any effect whatsoever and does not relieve pain in a patient with a terminal illness such as mesothelioma or any cancer for that matter. Van had a locked push-pump in his abdomen which delivered his medication but because at that stage he had no fat under his skin, the very thing that was delivering supposed relief was itself, causing more pain.

Just a couple of days before he died they decided to put another pump in and one of the last things he said was an expletive yelled out as they tried to force the damn thing into his skin. It was just appalling.

Seeing a person lying in a bed, wasted away to a skeleton, who cannot breathe and is struggling and groaning and gurgling day after day, making hideous noises which can be heard out in the street is the most harrowing thing for both patient and carer.

Three days before he died he was in such agony that it was decided to take him to Sir Charles Gairdner Hospital to see if a small procedure could be performed to relieve the pain in his abdomen. After many hours it was decided he was too weak for an anaesthetic. He was taken by ambulance back to my house where, after the worst three days of unimaginable hideous suffering, he died.

Suffering such as this is criminal and is totally unacceptable especially in a person for whom there is no cure and is going to die. Van left it too long to end his life himself but our government should be advocating providing the drug required for those who want to die peacefully in their own home or wherever. I will never understand why other people think they have the right to tell you that you have to live and where there’s life there’s hope. I don’t believe where there’s life there’s hope. In a terminal patient there is no hope only abject misery, suffering and unspeakable agony.

Euthanasia is the answer for those who want it and in a civilised society it should be available once a diagnosis is confirmed. A person should be able to access it at any time after that and should not have to wait until the final few weeks. Their life and their decision, at their specified time.

Van sued BHP Billiton, arguing his incurable Pleural Mesothelioma was caused by his exposure to loose asbestos fibres while working in the shipyard in Whyalla, South Australia. On June 28, 2013, the District Court awarded him $358,151.30 in damages, just five weeks before he died.

The deterioration was unbelievable — it was a blessing when he died; I was glad because his torture and agony were over.

BHP appealed the decision of the Court.

In June 2015 Van’s fight against BHP Billiton was successful in the High Court of Australia setting a precedent for all those mesothelioma victims who are currently or will be in the legal system in future.