One step closer to assisted dying law in NSW

The Upper House has voted to send the Voluntary Assisted Dying bill to a final reading. NSW is now a significant step closer to joining every other state in allowing end-of-life choice.

Just before 9pm on Wednesday 11 May, members of the NSW Legislative Council voted 20 to 17 in favour of moving the Voluntary Assisted Dying Bill 2021 to further consideration.

It was a historic moment - a VAD Bill has never before passed a vote in both Houses of NSW Parliament.

Four supportive MLCs were absent from the Chamber, meaning the number of MPs in support is actually geater than the numbers above.

NSW is no longer being asked to lead on VAD reform

In his speech in reply, Adam Searle, the Labor MLC who has taken carriage of the Bill in the Upper House, rejected assertions by some colleagues that the legislation changes society. Rather, it acknowledges how our society has changed. 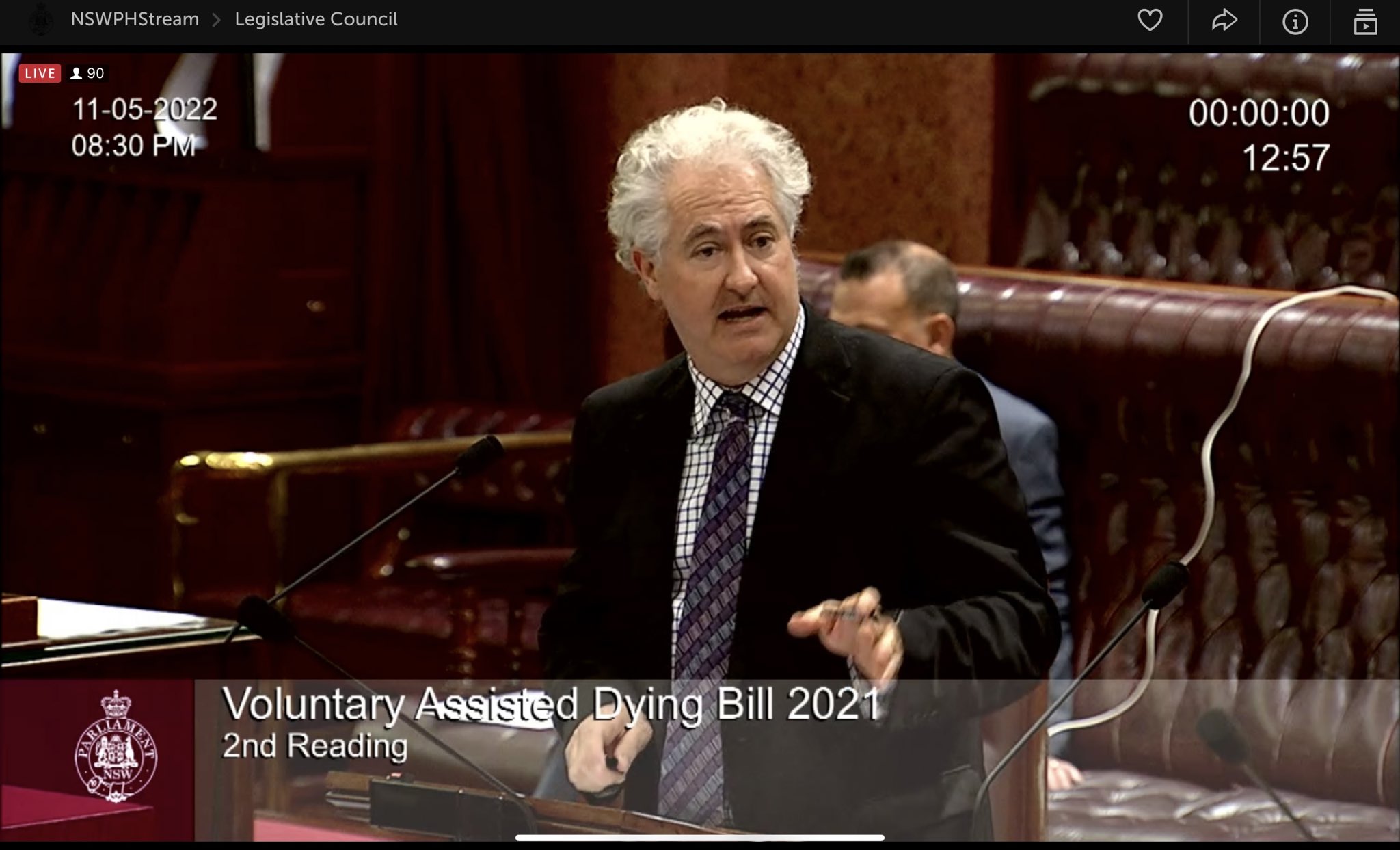 "Society is much further along this path than members of Parliament have been," he said.

A big thank you to all the Bill's supporters who played such an important part in this success - particularly those who braved the rain outside Parliament House to keep up the pressure in these final vital weeks.

The Bill will now move to Committee Stage, known as 'consideration in detail'. This gives MLCs an opportunity to table amendments, and is expected to take place on Wednesday 18 May.

This process has already been completed in the Lower House, with detailed and robust scrutiny.

Alex Greenwich, the independent member for Sydney who drafted the Bill, urged MLCs not to delay any further. "It's my call to the Upper House to not create any barriers and let's work to seek to achieve voluntary assisted dying in NSW by the end of next week," he told media.

Follow these links to see news coverage in 7news, news.com and Canberra Times

How can I help?

We must keep up the pressure in these final weeks. One last rally will take place outside NSW Parliament House on 18 May. To sign up, click here. 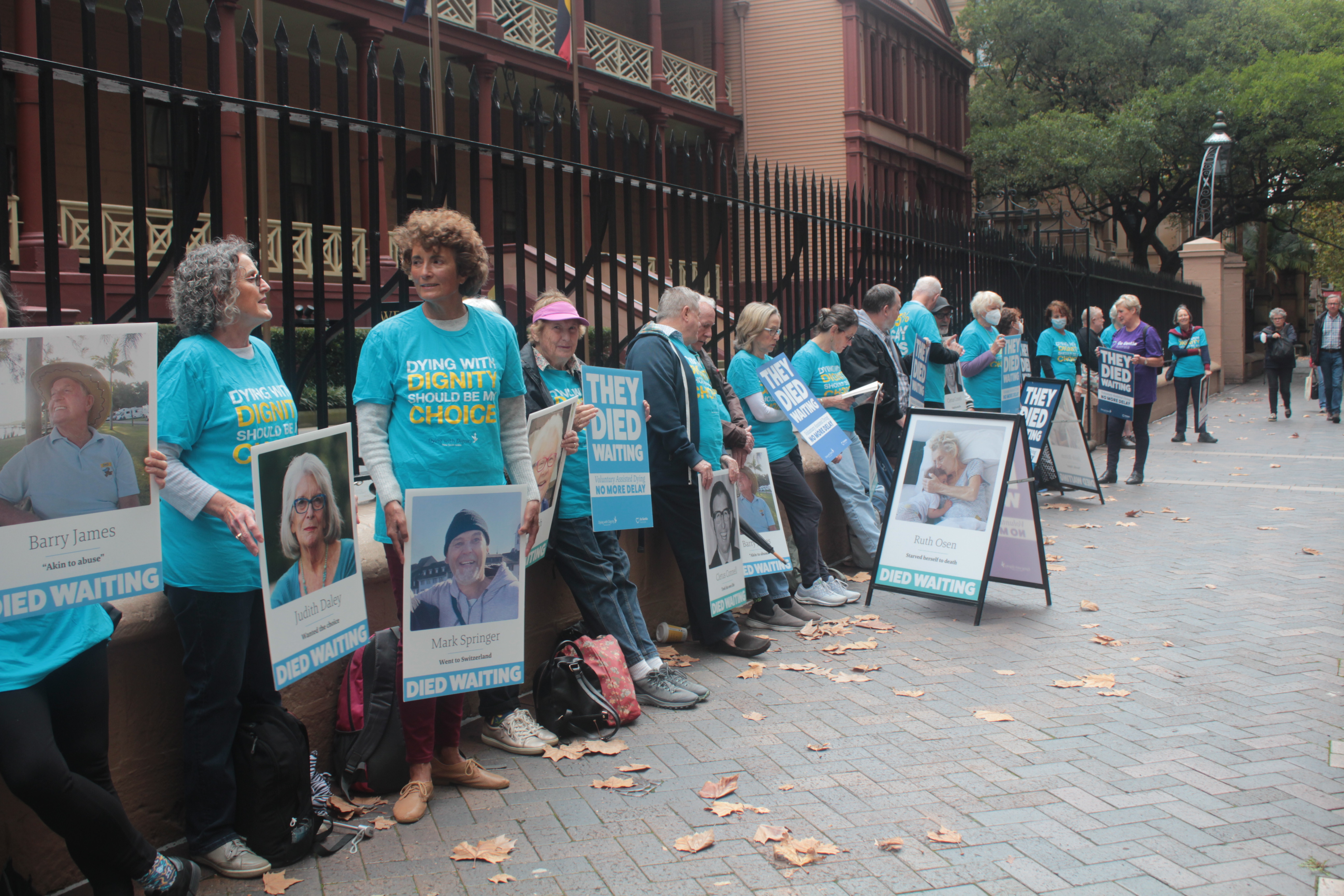