I saw my mother die of cancer when I was 18 years old. It was 1974, the year after I left Malaysia and came to Australia. 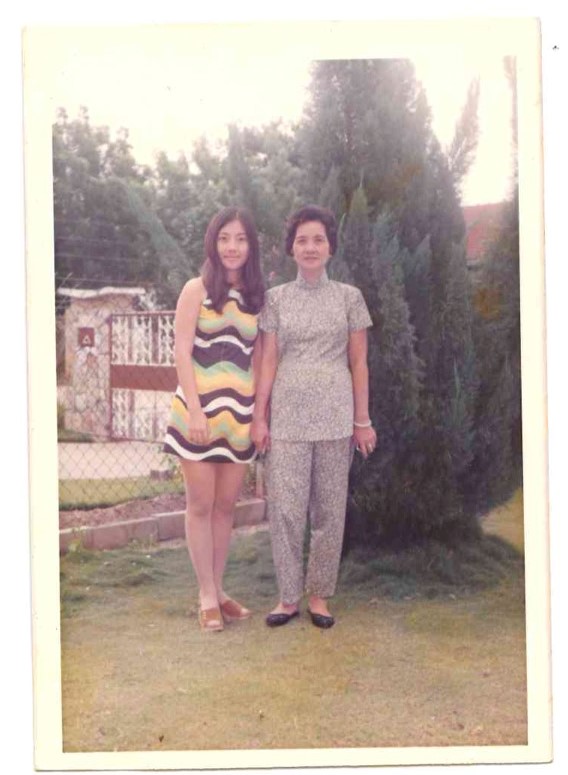 My mother, Tan Geok Keng, was a very heavy smoker in her younger days. After I left, she cried every day and was coughing up blood but the doctor misdiagnosed her cancer as ‘broken heart’ syndrome because her favourite daughter had left her.

She was eventually diagnosed with lung cancer when her condition deteriorated.

The medical treatment in those days was terrible. I think she might have had radiation, but no chemotherapy.

I returned home to Batu Pahat, a very small town in Johor, for a visit in May ’74.

She was semi-lucid for the first seven days and then the next three days she was completely comatosed but in pain.

We asked the doctor to give her pain killers like morphine. The doctor said he couldn’t give her morphine because she might get addicted, which was ridiculous because she was dying.

Those 10 days changed me so profoundly that I wished we had euthanasia.

I knew that in the Western world when people have pets and it is the end of the road for the pets, they put the pets down.

It’s such a humane way of going.

My mother had been the matriarch in the family so after she died, my third sister-in-law, Tai Yoke Lan, stepped into the matriarchal role and I was very close to her too.

But cancer struck our family again.

My sister-in-law was pregnant with my youngest nephew when she found a lump under her arm and went to see the local GP.

My home town was quite backwards with medical care in those days. Her GP said ‘Because you are pregnant it is part of the mammary glands being active, don’t worry about it, come and see us after you have had the baby’.

My nephew was born in November ’78 but she never went back. The lump had travelled down her breast but because she was breast feeding she never felt it in her breast until 1984 when it became as hard as a hard boiled egg.

It was just as well I didn’t see her in her dying days because it would have broken my heart. Her funeral was on my birthday, 28th March.

I heard stories from the family that at the end she was incontinent, she was very sick and could not pass her waste. At that stage, the cancer had spread and gone to every part of her body.

Just recently, in November, I came back from Melbourne where I was visiting a cousin, my youngest cousin, who also has cancer. He is on his last legs.

It’s always bugged me from the time my mother died, because I cared for my mother in the 10 days I was home and she couldn’t eat or breathe. If you die by accident you can’t control your destiny. If you drive well, you eat well, you exercise well but somebody using the phone rams into your car and kills you, you don’t have any control over your destiny.

But when you have a terminal illness like cancer or Multiple Sclerosis or Motor Neurone Disease, I think we should have control of our own destiny.

If anything happened to me and I don’t choose to live anymore I want to choose the time of my death. I will be able to plan it and be able to say goodbye to all the people I love and prepare them for my demise. Go in an orderly and dignified manner.