Ever since having seen my late mother, Edna Fitzgerald, suffer so much when all she wanted was to slip away peacefully, I have been a strong public advocate, for others and for myself, of Dying with Dignity. 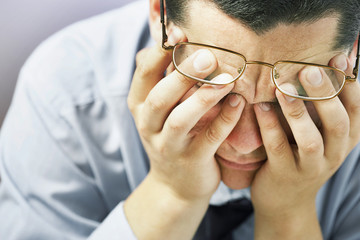 After a long struggle with a series of hospital physicians, my mother, Edna Fitzgerald, eventually died in her mid-80s.

A few years before her death, due to a combination of glaucoma and cataracts, my mother went blind. She was then hospitalised in Melbourne with a series of complaints, which eventually involved both of her legs being amputated. Despite her stated wish to be able to die with some peace and dignity, the hospital physicians continued to ‘treat’ Edna for a variety of illnesses and complaints.

When I requested that all the ‘Jesus machines’ please be turned off, the lead surgeon told me that he was doing all of these procedures to help my mother. It was only when I responded, ‘No you’re not. You’re doing all this to help yourselves’, and then insisted, again and again, that all Edna’s life support machines be switched off, that the hospital physicians finally relented and let my mother die.

“All she wanted to do was slip away peacefully.”

But this was many weeks after she clearly wanted to die without having to suffer any more medical interventions. Ever since observing Edna’s very difficult and unnecessarily lengthy death, I have been a strong, public supporter of Dying with Dignity, in the form of physician assisted dying or voluntary euthanasia.

My mother’s unfortunate hospital experiences is one of a number of reasons why my wife, Lyndal, our daughter Emerald and myself decided to join Dying with Dignity NSW and also the Australian Sex Party. Indeed, strong support for Dying with Dignity is a central reason why, this year, I decided to stand for federal parliament as the Australian Sex Party’s lead Senate candidate for NSW.