Our beautiful Mum, Beryl, passed away just before midnight on Wednesday 31 July, 2019 aged 85 from cancer. My two sisters, Joanne and Kylie, and brother, Robert were with me at the time. 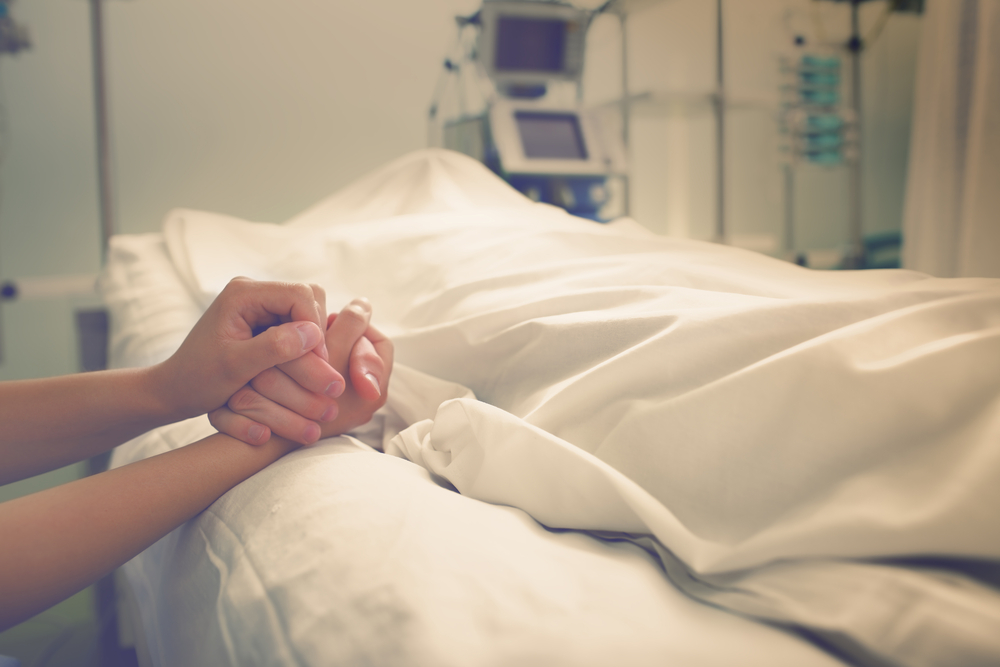 We were with Mum Tuesday morning but we all chose to leave for a couple of hours, to gather some strength for what we believed would be a long night Tuesday night. It was; however, Mum did not succumb to her illness during the night, though her last moment of consciousness was around 8:30 in the morning on the 30th. We all stayed in the room with her sharing a day bed rotating to get a bit of rest.

During that evening, we could hear a slight crackle in mums breathing with her breathing sometimes slowing down, i.e. missing a breath but then returning to a rhythm (labored) though the crackle increased.

We asked the doctors the next morning whether this was ‘the death rattle’ and were told yes (why did we have to ask) – not long now, they said. Mum’s tongue started to swell and depending on which side they placed her (rolled slightly every couple of hours) the amount of oxygen she was receiving must have been minimal though she continued to breathe – not long now, they said.

Disgusting green fluid started to fill her mouth and we wiped away the excess every minute until they sucked her mouth out – not long now, they said. I myself started using the suction to empty her mouth – nurses took a while to come – which I probably wasn’t supposed to do.

The medical staff weren’t allowed to administer the drugs they had at hand – surely they wanted to?

Another roll over – to ensure the integrity of her skin was maintained should she last another 24 hours – “WHAT THE HELL DID YOU JUST SAY” – oh but probably not long now, they said.

How long is not long now? Can’t say, they said. Not sure, maybe 24–48 hours, they said. Her great grandchildren had to pass through the room at one stage so we blocked their view and spoke very loudly hoping they couldn’t hear the horrible sound or see her beautiful face now distorted with her swollen tongue sticking out.

The horrible noise continued all day and into the night – her breathing sometimes slowing again but then returning to a regular rhythm. The strength it took for every breath – her whole body trying to suck in oxygen through the swollen tongue and bodily fluids.

Mum finally took her last breath around 11:30pm on Wednesday – my brother’s 60th birthday. Something lovely for him to remember each year. How many tears can you cry – each breath? Please be the last one! How can you wish that but we did.

As soon as the crackle started something should have been administered to end her life. They knew she wasn’t coming back from that. It was disgusting – inhumane but not their fault (the nursing/medical staff). They weren’t allowed to administer the drugs they had at hand – surely they wanted to. They thought we were amazing for staying – obviously most people can’t and now I know why. Those two days are etched in my memory forever.

Animals are treated more compassionately than this.