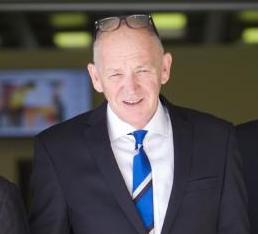 Mr Percy said it was about giving people who are suffering a choice.

“General judgement is that if a person no longer has any meaningful quality of life and a degree of suffering that is beyond palliation and also wants to end their life, then I think the community at large does not have the right to say no,” Mr Percy said.

Mr Percy said he would like the choice for himself if he ever found himself in that position.

"I don't think I'd want to do it, but if it got to that stage I don’t think I should be denied that option."

He said the assisted dying issue could come to a head in WA in a similar way abortion laws were carried through the WA Parliament in 1998.

In February that year it was announced two Perth doctors would be charged under WA laws that made abortion a crime, according to a Parliament of Australia research paper.

“For many years we had a debate about abortion,” Mr Percy said.

“It wasn’t until they arrested some doctor who admitted it and they were prosecuting him, the government realised, we can’t do this anymore.

“They changed the laws effectively overnight…That catalysed the whole thing.

“If the police came out and charged Alida Lancee we might see some very urgent legislation come through.

“I think sometimes it takes one flagship case to galvanise public opinion.

“Where people tend to sit on the fence, suddenly it gets people off the fence and it makes politicians bite the bullet and make brave decisions they had been happy to sweep under the carpet.”

Mr Percy said with Victorians able to request the right to a lethal drug from the middle of 2019, it helped pave the way for WA.

“Once it comes in in one State then there’s a fair chance it will come in in others, though WA’s not a particularly progressive State,” he said.

Mr Percy said safeguards needed to be put in place to stop assisted dying being abused.

“It needs to be done carefully, but I think there is a place for it and it seems to work in other jurisdictions,” he said.

“That’s where I’d be looking to, other places, to see what sort of safeguards they have.  A couple of doctors opinions, psychiatric opinions, all of that. Once you’ve got all of those clearances I think you should be able to do it.”