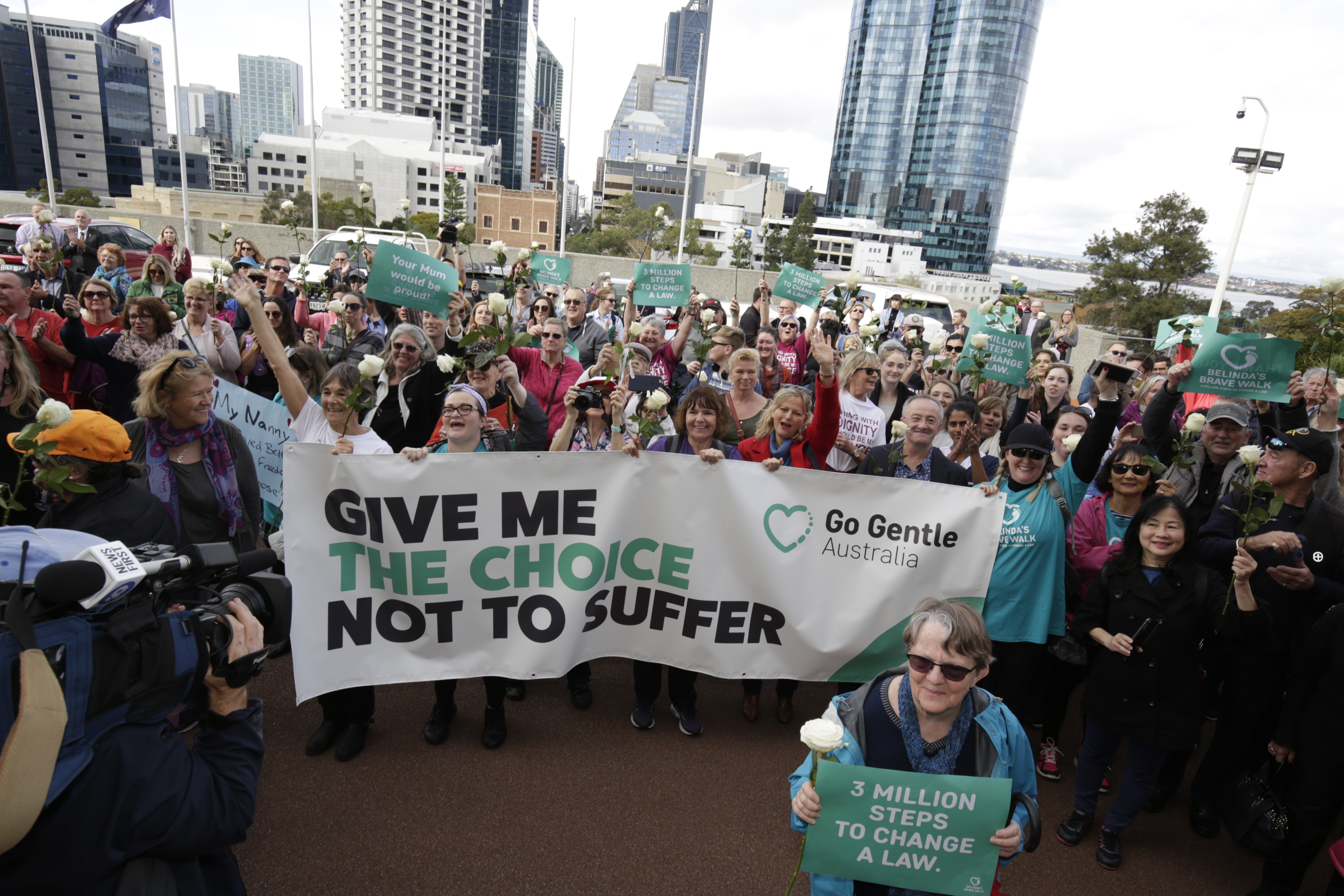 The Bill garnered more votes on its final reading (45 to 11) than the earlier vote that enabled its detailed consideration.

"While we are encouraged by the vote, it is important to stress that this legislation still faces an uncertain future in the upper house," she said.

“Terminally ill Western Australians deserve a genuine choice not to suffer at the end of their lives. That the Bill passed the lower house without amendment is a remarkable achievement and a testament to the hard work, community consultation and expertise that went into its drafting.

“It was debated for almost 70 hours, making it one of the most heavily scrutinised Bills to come before the WA Parliament.

“We were pleased to see that vast majority of lower house members relied on research and tested facts to inform their vote.

“We hope this reliance on evidence and common sense is repeated when the Bill reaches the Legislative Council,” Ms Paul said.

Go Gentle Australia's WA Campaign Manager Joey Armenti said the uncertainty of the Bill's passage through the Upper House was why it was more important than ever for Western Australians to contact their Upper House MPs to urge them to vote YES to this Bill.

"It is a lot easier than you think to talk to your MPs. If you know your Legislative Council region (there are six: North Metro, East Metro, South Metro, South West, Mining & Pastoral, and Agricultural) your MPs’ contact details, and some tips on what to say, can be found on the Go Gentle website," Mr Armenti said.

"If you don’t know your region, you can find out by using our MP look-up tool.

"You can also let your MPs know your view by signing the petition."

Organised by Belinda Teh, from Belinda’s Brave Walk, the petition will be tabled in the Legislative Council in mid-October.

"If you haven’t already, please download the forms, collect as many signatures as you can and post them back free of charge before 10 October," Mr Armenti said.

"If you live in other parts of Australia, of course, any support you can give to raise funds or awareness is crucial. Success in the West will pave the way for similar laws across the country.

"We are so close to seeing Western Australia become the second Australian state to pass a safe and compassionate Voluntary Assisted Dying law.

"Talk to each other. Talk to your MPs. Tell them we need to get this done."