Worth the fight: Religious freedom at life's end

With 60% of Australians saying we’re better off keeping religious beliefs private, isn't it time we decide for ourselves what role, if any, religion plays at the end of our lives? 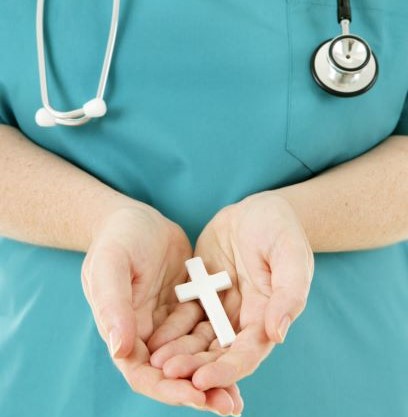 In Australia, more than 80 hospitals and 25,000 aged care residential beds are operated by the Catholic Church - almost all of whom reject the idea of voluntary assisted dying on the basis of their religion and conscientiously object where laws exist.

Yet with 60% of us thinking we’re better off keeping religious beliefs private, it is surely time we decide for ourselves what role, if any, religion plays at the end of our lives.

Kim Callinan, President and CEO of US-based organisation Compassion & Choices, explores the issue through an American lens below.

This article originally appeared in The Gilmer Mirror on 13 Jan 2021.

Religious Freed at Life's End: An Aspiration Worth the Fight

January 16th marks Religious Freedom Day. While people’s spiritual beliefs take on heightened meaning at the end of their life, religious freedom at this time is unfortunately an aspiration, not a reality. A Jan. 4 study in the Journal of American Medical Association, found that an overwhelming 71% of Americans believe that personal decisions about their health should take priority over a healthcare facility’s religious values. Unfortunately, at life’s end, religious institutions often dictate care decisions, regardless of the patient’s preferences.

This harsh reality is particularly true in Catholic health systems, which comprise nearly 80 percent of religious health systems, and whose Ethical and Religious Directives (ERDs) are among the most restrictive and vigorously enforced when it comes to end of life care.  While many Catholic health systems provide excellent, compassionate care overall, at the end of life they force too many patients to endure care inconsistent with, and many times directly contradictory to, their own values.

In fact, the Catholic ERDs, which are enforced by the U.S. Conference of Catholic Bishops, state that if a dying patient's pain is uncontrollable, a doctor should help their patients “appreciate the Christian understanding of redemptive suffering.” The ERDs also require that medically-assisted nutrition and hydration be provided to patients who can reasonably be expected to live indefinitely if given such care. This includes patients suffering from chronic and irreversible conditions, such as a “persistent vegetative state,” when a person is completely unresponsive and being kept alive by medical intervention only. In contrast, seven out of 10 Americans believe that end-of-life care should instead prioritize “helping people die without pain, discomfort or stress,” according to a Kaiser Family Foundation survey.

While religious entities are allowed to impose their values on patients, they also receive millions of taxpayer dollars. Catholic hospitals and health systems receive nearly $48 billion dollars annually in Medicare and Medicaid reimbursements, according to a recent report by Community Catalyst. Unfortunately, given the reach and growth of Catholic health care, people often do not have other care options available. According to the Catholic Health Association, U.S. Catholic health care is the nation’s largest group of non-for-profit health care providers, providing patient care for more than 21 million emergency room visits annually. Furthermore, these numbers are climbing: the Community Catalyst report found that Catholic-affiliated hospitals grew by more than 28% over the last two decades. In 52 areas, a Catholic-affiliated hospital is the only care available within a 200+ mile radius.

Even in areas where other care options exist, transparency is lacking: a New York Times analysis of Catholic hospital websites found the majority of Catholic hospitals don’t disclose how their ethical directives impact the care a patient will or won’t be able to receive. In fact, in the majority of cases, it was difficult to even tell that the hospital was Catholic. Also concerning is that many Catholic health systems policies prohibit their doctors from providing information or a referral for end-of-life care options that are inconsistent with their values. This gag rule on doctors leaves patient’s powerless at their time of greatest need.

According to the same Journal of the American Medical Association study I cited earlier, only 6 percent of people consider religious affiliation when deciding their health care provider. If you are among the 71% of Americans who don’t believe that a health system's policies should dictate the care you receive, I encourage you to ask your local hospitals whether they have religious directives that govern care; if they do, make alternative arrangements if possible.

Kim Callinan is President and CEO of Compassion & Choices, the nation’s oldest, largest, and most active nonprofit working to improve and expand healthcare options for the end of life.