'I want to go before I'm in nappies'

"I want to go when people remember me as being peaceful and able to say goodbye," says Therese McLean, who has been diagnosed with aggressive metastatic breast cancer. She's urging Queensland MPs to vote Yes to the voluntary assisted dying bill. 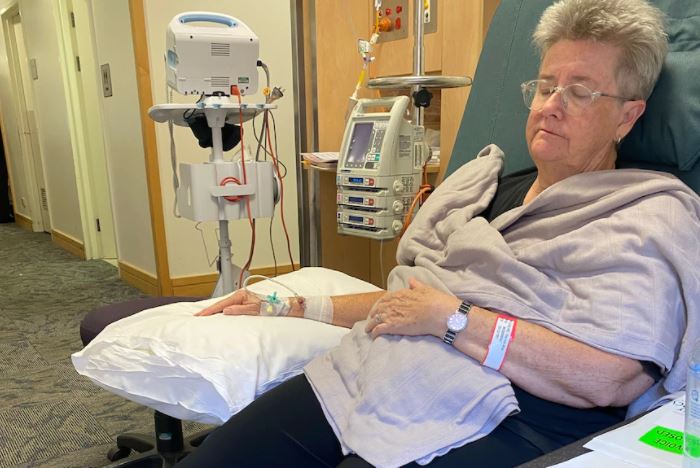 Therese is holding out hope for remission of her cancer, but if that doesn't happen she wants the option of Voluntary Assisted Dying.

She has a message for Queensland's parliamentarians.

"Open your hearts to the people you serve, do more listening, then more talking."

Therese told the ABC that while she did not know how much longer she had to live, she was unflinching about when that should be.

"I would want to go before I am in nappies and before someone else is cleaning up my excretions as part of [their] daily love for me."

"I want to go when people remember me as being peaceful and able to say goodbye."

The 63-year-old was diagnosed with aggressive metastatic breast cancer in early January.

Draft laws to legalise assisted dying are before Queensland Parliament, with MPs to debate and exercise a conscience vote on the legislation in September.

Read the full story ABC story 'Therese wants death on her own terms and has a message for parliamentarians about voluntary assisted dying'.