My dad Dusty Miller was a Vietnam Veteran and founder of the now iconic Birdsville Bakery. 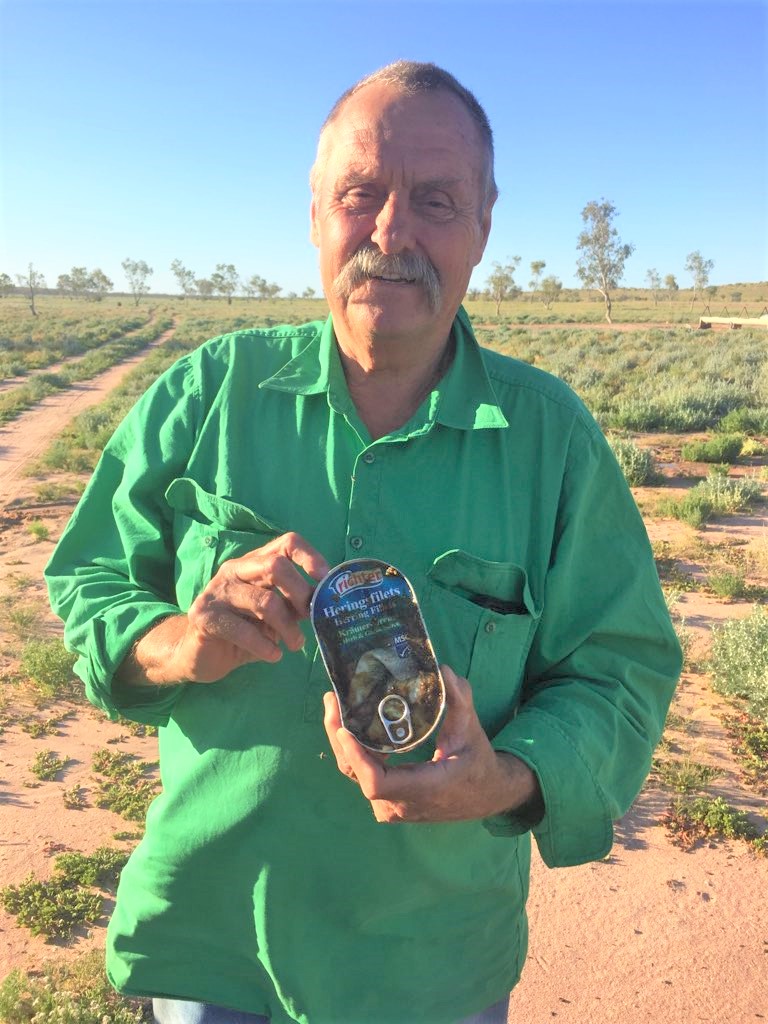 It was Dad’s tenacity and refusal to say no, that made the bakery such a success. Dad had faith that if you work hard enough you can achieve your dreams.

Unfortunately, just on retirement aged 68, in August 2017, Dad was diagnosed with stage 4 bladder cancer. Dad fought hard and went through all treatment options, including chemotherapy, bladder removal and radiation therapy.

Dad even turned to an alternative diet, which was not like him.

During a brief reprieve from the cancer, Dad bought his dream house on a canal along with his dream boat, in regional South Australia.

Dad had a lot to live for. I live in Kalgoorlie, one of three of his children and he had four grandchildren.

Yet, the cancer soon returned, along with multiple other health complications.

This included an obstructed bowel and a urinary tract infection that would not go away despite the numerous antibiotics thrown at it.

Dad was bed-ridden in acute and constant pain.

Knowing that medical intervention could not prolong his life, my Dad repeatedly asked the palliative medical staff who would visit his house, to end his life.

He was always met with the same answer: “We can’t kill you.”

To the great distress of my brother and I, Dad was suffering so much he announced on numerous occasions that he was going to starve himself. But for the self taught, dedicated baker, food was perhaps his last pleasure and he just couldn’t do it.

Dad’s last wish was to die at home. In the hope of achieving this, my Victorian based brother Adrian risked losing his job and took up full time care of Dad. I would regularly visit him, from my home in Kalgoorlie. However, Dad developed a blood clot and was taken to South Australia’s Wallaroo hospital by ambulance.

Doctors started administering blood thinners, to prolong his life in order to give him a more comfortable death.

I just couldn’t understand why they couldn’t increase his pain medication. Ultimately, this treatment just led to further complications where he was bleeding profusely into the bag which was the replacement for his bladder.

I am haunted by one particular meeting with a palliative care nurse and a locum doctor. While my Dad was begging for his life to end, the nurse responded: “Why don’t you want to prolong your life?”

I could scarcely believe that he was being asked this question, with such willful blindness to his prolonged agony.

I was witnessing an appalling disconnection between what was actually happening to my Dad and the medical staff being more concerned about keeping up the legally correct appearance of not advancing his death.

Between sobs Dad replied: “Because I have no quality of life − if I had a knife on this table in front of me I would take it and push it through my heart”.

Dad went on to explain that he would have killed himself by now but he didn’t want his children to find his body.

Their response was still a brutally unfeeling and almost sanctimonious “we can’t kill you”.

After hearing this I wanted to scream: “Just put him out of his misery!!”

Dad even considered relocating to Victoria to access voluntary assisted dying. But not only hadn’t that Bill come into effect − only Victorian residents of more than a year can access it, now that is has.

Eventually treatment for Dad’s blood clot ceased. Two days later, when the doctors slowly increased his morphine, the nurses tried to move his body to reduce the chance of bed sores.

He did not die at home with dignity like he wanted.

I know that if a Voluntary Assisted Dying law existed for my father, his suffering could have been avoided.

As a Kalgoorlie resident, I fear that in the absence of a Voluntary Assisted Dying Law, this unnecessary suffering will continue for the loved ones around us.