I lost my mum three years ago at the age of 87. She was doing so well for her age but deteriorated fairly quickly. She went from living on her own, doing her own shopping and cooking her own meals to being unable to stand on her own in a short period of time. 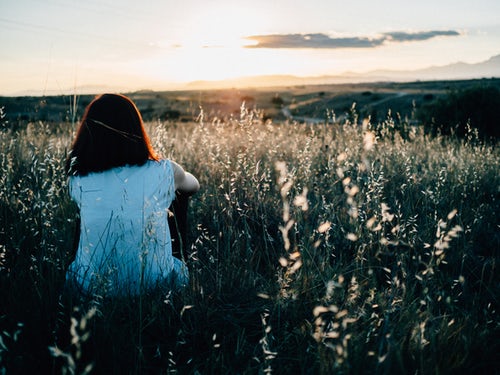 We had no choice but to put her in a nursing home. It turned out she was only in the nursing home for about six weeks but most days she rang and begged me to get her out of there and would tell anyone who would listen that she wanted to die. My mum had heart failure and pulmonary fibrosis.

She was admitted to hospital in a very distressed state and with breathing difficulties. She was probably about 4’9” and 38 kilos by this stage. Anyone who came into her hospital room – nurse, doctor, pink lady, dinner person – she would gently grab their wrist and say, ‘Please let me die’.

I turned up to the hospital one day and she was so distressed. I crawled into bed next to her and held her while she chanted forever, ‘I’m so sick. What day is it today? I want to die today. Why can’t I die today?’ She made it clear to everyone that she had had enough.

I turned up later and she was in the bathroom with a nurse, sobbing. I could hear her saying, ‘I’m sorry. You shouldn’t have to clean me up. I should be allowed to die.’ It broke my heart.

My mum had always been beautifully groomed, always wore make-up, hair dyed and with her nails painted. You would take her shopping and people would come up to her and tell her how lovely she looked. To see her like this was soul destroying. The only way I could honour her wishes was to sign a ‘nil by mouth’ form, which I did.

Can anyone explain to me what the difference is between me signing a form consenting to my mum being given a needle that would peacefully end her life surrounded by family who could say their final farewells and me signing a ‘nil by mouth’ form, which meant my mum had a very slow, seven-day death? They are both a death sentence, except one is humane and the other is cruel.

After a couple of days she lost her voice, which was so frustrating for her. She couldn’t even lift her arms so she could only communicate by frowning and opening and closing her eyes. I had to watch her fingers and toes turn black. She died alone in the middle of the night. I am still haunted by the memories of her chanting her wish to die.