It says much about Bill Bailey that he joined the British army at seventeen at the start of World War Two, where he served with the tank corps, and was badly wounded in combat. Surviving his injuries, Bill built a remarkable life.

After the war, Bill sailed to Australia with his first wife as Ten Pound Poms. He found work as a school teacher before retraining as a psychologist. He established the La Trobe University’s counselling service in the late 1960s. During this time he worked on the board of Legacy, to support the children of military veterans access scholarships and education that was otherwise out of reach.

When he retired, he set up a practice counselling Vietnam veterans in Gippsland, where there were few services dealing with war-related trauma, alcoholism and family violence.  Bill was also active in various social issues of his time: the Vietnam War, nuclear disarmament, later climate change, and in fact euthanasia and voluntary assisted dying, as an early member of Dying With Dignity. He was, for a time, treasurer of the Australian Psychological Society.

It’s fair to say, then, he was a man of principle and courage. 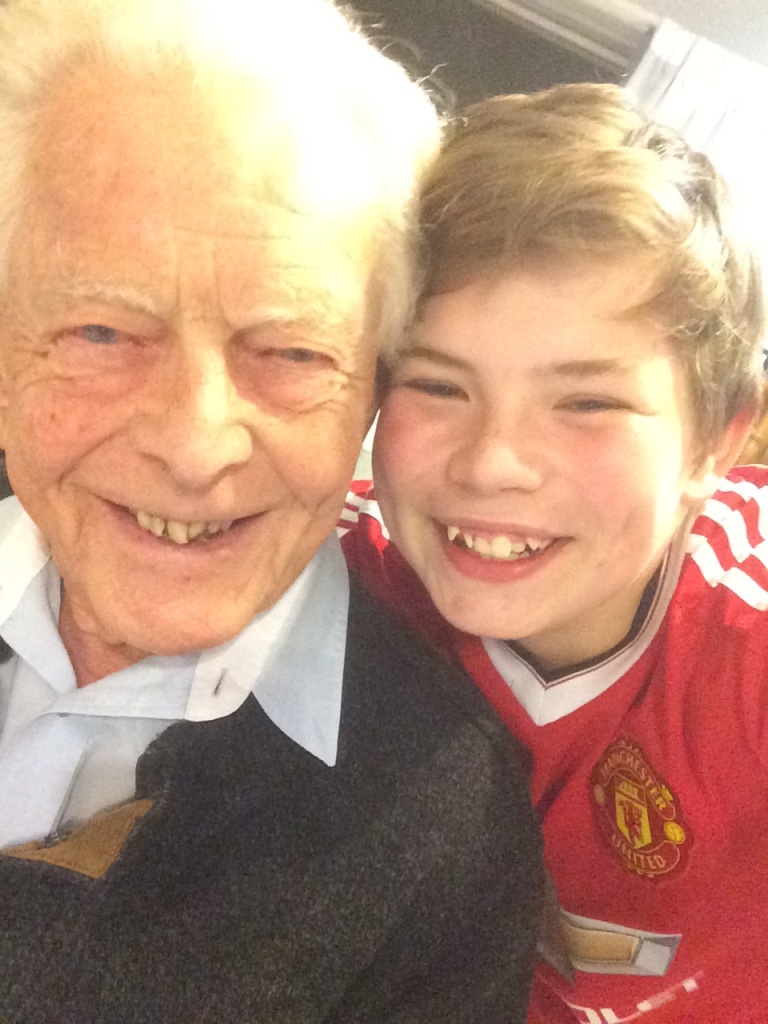 Bill also maintained a keen interest in learning. Up until his death at the age of 93, he studied French with the University of the Third Age. He was part of a Shakespeare reading group. But he lived life, full-on: bottling wine, always eating a piece of chocolate before breakfast, and walking every day. For his birthdays he would treat himself to an adventure – hanggliding, riding a Harley Davidson, and for his 89th birthday he took his grandson on a balloon ride across Melbourne. When he worried that his driver’s licence might be taken off him because of his advancing years, he installed a little motor on his bicycle – evidence of a broader belief in liberty and personal choice.

In his 70s, at a time when economic rationalism and privatisation was fever pitched, he wrote 'Bill Bailey’s Creed,' a manifesto for how he wanted to 'live the rest of my days.' It included:

Bill was diagnosed with terminal cancer in 2016. By then he’d already recovered from one bout of oesophageal cancer (possibly a result of the cigarettes issued to soldiers during the war) only for it to return and spread to his liver. He made plain to his family that he wanted to be in control of his own death. And so, yes, Bill was something of humanist firebrand.

His daughter Alice says that ``for the last ten years of his life, well before he became sick, he’d been quite obsessed with being able to choose the time and manner of his death. He used to stockpile pills that he’d been prescribed. One day, he took the bag of pills to his GP (to have their efficacy assessed) and the doctor pointed out that many of them were out of date, and they were more likely to make him sick than to help him end his life.’’. He tried making a pipe system to attach to the car exhaust but doubted its efficacy. He even tackled the internet to purchase what he needed, should he want to end his own life.

When it turned out that he was terminally ill, what had been an ideal was now looming as a reality. Alice says, It was a lot more complicated than any of us imagined.’

There was the question of how different members of the family felt about Bill’s determination to carry out a voluntary assisted death. There was also the anxiety of recognising when the time had come, cancer being such a gradual thing.

By September 2015, however, he had no energy or appetite and was in marked decline. Five months went by.  Bill spent a long time weighing up his love of life and for his wife, Kate, with the knowledge that he was increasingly unable to do the things that gave him pleasure.  He wanted to make sure that everything was settled – a fresh coat of paint on the house, the car tyres replaced, all his affairs in order.  Alice believes her father hung on for longer than he wished, so that his family were also ready for him to leave. In the meantime, he took comfort in knowing that he had the means to end his life at any point.

In February 2016, his GP told his family that he no longer needed to eat or drink. It was, says Alice, the doctor’s way of saying that her was father was ready to go. She knew clearly what Dad’s wishes were. On the night of his death, the doctor rang Bill to say goodbye and told Alice that over the years she had learnt so much from their lively discussions about politics, life and dying.

That Friday, Bill read an article in the paper about assisted dying, and although he could barely hold a pen, he furiously insisted on sitting up and writing a letter to the paper in response. Alice explained that the letter, if it were to be published, would not be until the following Monday. She said: It was as if he decided to wait until then. The next day, this strong, vital man could only crawl, and was in excruciating pain. But when I arrived on Monday, he was calm and comfortable, sitting next to that day’s paper, and there was his piece in the letters pages.’

I am 93 and fighting a losing battle with cancer. I applaud the sentiments in recent letters about assisted dying and Andrew Denton’s article (Other countries understand euthanasia. We don’t’’, Comment, 25/2). Even after experiencing the wonderful patience, skill and medication from my GP, specialist and hospital staff, and the care of my loving family, the cancer will win. But I believe I alone should decide when and where I should end my life. It is, after all, my life. If Denton’s statistic of 70 per cent of Australians who agree that assisted dying should be a right, a law should be presented to the Parliament, and passed in both houses. That is what democracy means – the will of the people.

After seeing his letter published, Bill simply said “Today is the day.” He was by this time very ill, sleeping much of the time.  His family gathered and it was a gentle day. There were candles burning and music playing. “Before Bill ended his life, each of us said goodbye and checked, and double-checked that he was ready, and wanting to end his life. Mustering an energy from deep within, he sat up and clearly said “Yes”.” Bill ended his life by his own hands, quickly and peacefully.  He was perhaps only days away from dying, but he was able to end his life as he wrote in his creed, in the time and the manner that he chose.