My dad was a saw-miller all his life, and at the end it was hard to stop him from working seven days a week. He would often leave in the dark and come home in the dark and keep working and working.  He once said to mum that all he wanted was to be successful in life; it was a family business, he was the third generation and my brother has now taken over the sawmill.

It was a tough gig being a saw-miller, I know for much of my childhood they were working out in the Grampians, in the bush, with a portable sawmill, no creature comfort. It was hard and dirty work, and right up until the last 18 months of his life he was still picking up (railroad) sleepers and moving them around. He was a tough man. 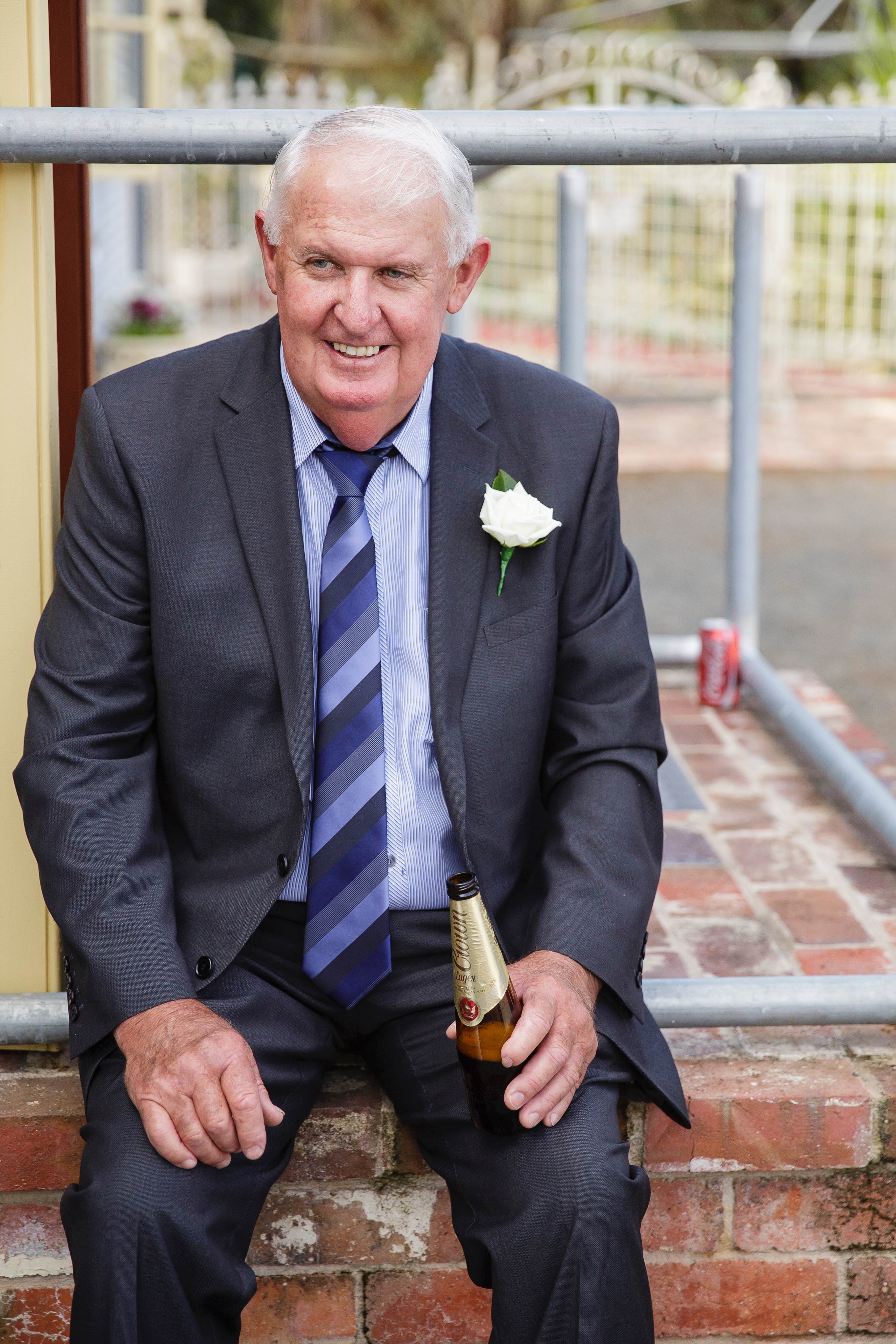 He was 65 when he became ill with Motor Neurone disease. It was very quick, thank goodness for that. He just started to slow down and not understand why. I remember he was helping me lay turf in the garden and was slow. I asked what was going on and he said it was just him getting old. Then his hands, he couldn’t grip. He read a piece about (former AFL coach, and MND sufferer) Neale Daniher not being able to put pegs on the clotheslines. I think he had an inkling.  Then his muscles began to visibly disappear.

From the beginning, we were worried about Dad ending up as just a pair of eyes on the couch, and not be able unable to talk or do anything for himself; he was so proud and capable.

We’d never seen him be vulnerable and weak and were scared about that, for him. I had reassured him that I would do anything I could so he wouldn’t suffer. And I started looking into assisted dying, and what the possibilities were. I did all the research online and we ended up with a bottle of Nembutal in the cupboard.

The MND affected his lungs mostly, his breathing, so he could still move. But he was getting progressively worse; he started using a walker, and needed help going to the toilet. Mum’s a trained nurse and she was able to keep him at home with visits from the palliative carers; they tried really hard and they did what they could.

Dad asked the doctor to help him die at one stage, and the doctor said he couldn’t help him. He could only try to make him comfortable.

We had the Nembutal on hand but he had so many drugs at the end, it got beyond the point where we could say he was making that decision for himself. He was suddenly on a breathing machine, and it all went too quickly for us to discuss it. We hadn’t planned ahead. We thought we’d know when the time was right and it got away from us.

In some ways, at the end, it was merciful because it was quick. But he really suffered. We’d hearing this primal groan for air. The machine wasn’t giving him any air. It couldn’t help him.  He had a very horrible last night. He was contorted across the bed. He must have been drowning.

It was so distressing. We have regrets that we didn’t help him. But with the law as it is what could we do?