In 2005 nurse Cathy Pryor was convicted of the attempted murder of her mother and assisting the suicide of her father. 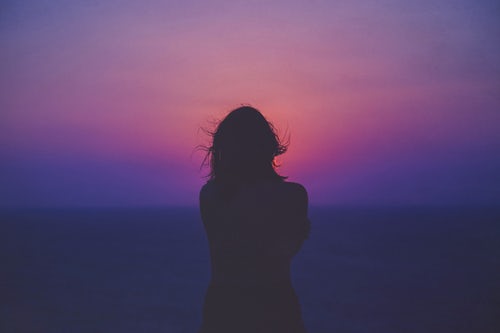 Both were grievously ill, her father in the last weeks of liver cancer. In a decision imposing a two-year non-custodial sentence, the Tasmanian Supreme Court judge found that Cathy had acted out of love and compassion.

These excerpts are from Cathy’s interview for the podcast Better Off Dead.

Dad knew his death was going to be horrible; he was going to die of liver failure. You become poisoned, basically, you become distressed, you become agitated, you lose your mind, and he just didn’t want that. He was having bronchial spasms, where you choke. Your throat constricts and you cannot breathe and you choke. There is nothing they can do about that either. So, some nights he would spend two or three hours choking.

Dad started talking about trying to either drown himself in the bath or to try and wrap the bell cord around his neck, because by this stage his legs were swelling but he also had terminal hiccups, which is where you just hiccup for hours and hours on end, and it is exhausting.

I collected him (from the palliative care unit) and we went home to his house, and we walked around the garden. He had a walking stick and off we went. He was so calm. We looked at all of his fruit trees and he told me how to prune the fruit trees to make sure people ate the apples and what to do with raspberries.

It was quite surreal and finally he said, ‘No, I’ve had enough. Let’s go and have a glass of wine.’ So we had a glass of wine, and he said, ‘Now’. I said, ‘Dad, do you really want to do this?’ And he said, ‘I am so happy. This is wonderful. I am going.’ He said, ‘You are so brave to help me do this.’ And I just said, ‘Look, hopefully when my time comes, someone will help me.’

I assisted my father, a retired GP, as he injected himself with a cocktail of drugs.

I remember him saying, ‘I feel really sick, I feel sick as cat.’ He said, ‘Quick, give me some more.’ Finally – we did not talk much – he lost consciousness. One thing he had said before he died was, ‘Don’t let me survive. Whatever you do, do not let me survive.’

I went home and got rid of the syringes and all the rest of it and came back and he was still alive, I mean deeply unconscious but he was alive…finally I put a pillow over his head until he died. Enough time has gone by that I can reflect on what happened. I’m still angry. I mean it has faded.

I have a conviction for attempted murder, there are a lot of jobs I cannot get. It still affects me like that, but I think overall I’m angry at the suffering. People shouldn’t have to suffer. Why, if someone’s got two weeks to live and they are in agony, they know they’re going to die, why do they have to endure the agony to the end?

If I could have my parents back I could look them both in the eye and I’m sure they would say thank you. I don’t have any regrets: I just regret that it was not allowed to happen in a legal way.