Diane was one of the most courageous persons I have ever known. She was a fighter who beat the odds and lived through great pain with a smile on her face and unfailing humour. 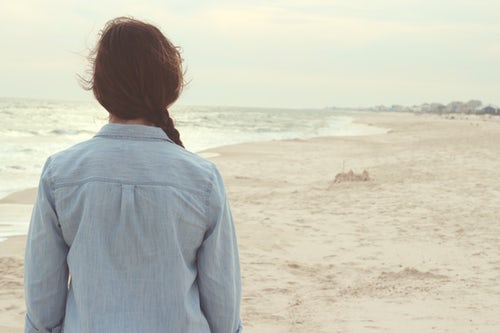 My friend, Diane, would not follow the doctors’ advisement to go home to die when she was diagnosed with advanced metastatic breast cancer. She had to seek another oncologist’s opinion as her first refused her request for chemotherapy. She was determined to fight this cancer.

She had two young boys, a loving husband and a life worth living. The second oncologist agreed with the first but finally supported Diane’s decision to fight and arranged for the chemotherapy and radiation. She was given four to six weeks to live. She lived ten years. We made a joke about doctors’ prognoses; ‘You’ve had so many expiration dates stamped on you!’ I said. And we laughed as she lived past those dates.

It was a hard ten years. Repeatedly the cancer returned and she fought back again and again. Words like courage, strength, determination, spirit – well they just aren’t enough to describe this woman’s unfailing efforts to live. I am still deeply affected by the memory of how she had to die.

When her time came, her bones were riddled with metastases and fractures. Breathing broke her ribs. Can you imagine this type of pain? Multiple fractures throughout her body. I can’t imagine it. No-one should be forced to live through it. I will never forget her words the day I called her at the hospital. Without saying hello or the usual pleasantries one begins a phone call with, my dear friend, the strongest, most courageous woman I have known immediately said,

I’ll never forget my friend begging for her agony to end. She had lived with a great deal of pain and suffering from chemotherapy, radiation, surgeries and metastatic fractures and met it head-on with humour and strength. She was inspiring. I cannot comprehend the torture she would have gone through.

She didn’t deserve that. No-one does. It was completely unnecessary. No-one benefited by forcing her to have to live that last month. I cried every day for that month. The first day I didn’t cry was the day her husband called me and told me she had passed away.

I’m a doctor who went into medicine because I want to help people live the best lives that they can. Today as I write to you about health care, I have one question: Where is the caring in Diane’s story? Voluntary assisted dying is not about giving up. It’s not about someone else’s religion. It’s about the right of a person to not suffer unnecessarily. A person making the decision for themselves.

She suffered cruelly. Her family suffered watching helplessly as she would cry out in pain. We are all scarred by this. Our current legislation enforces unnecessary cruelty on some people. We vowed not to cause maleficence. We are failing. Ask yourself if you would be happy to die that way. If your answer is no, then you know it is wrong. It’s time to make a change. It’s time.