I am exasperated, devastated, and relieved. I’ve experienced these emotions during the recent death of my mother.

She said, in one of her last phone calls to me:

"I was told that it would be painless, and I’m so cranky".

My mum, Bet to her friends, had pancreatic cancer. From her diagnosis in April until her death in September there were some bright moments, but we all knew there would ultimately be a downward slide. Even though she was told that her death by cancer would be made painless, she interpreted that as meaning that there would definitely be no pain or suffering, and was confident that would be the case. Unfortunately, she was wrong.

Her brother had recently died of the same disease, and had had significant surgical intervention. After medical advice, mum opted against major surgical intervention (though a couple of stents were inserted), chemotherapy or radiotherapy, not that those were really options for someone who was otherwise healthy, but was in her eighties and somewhat frail. 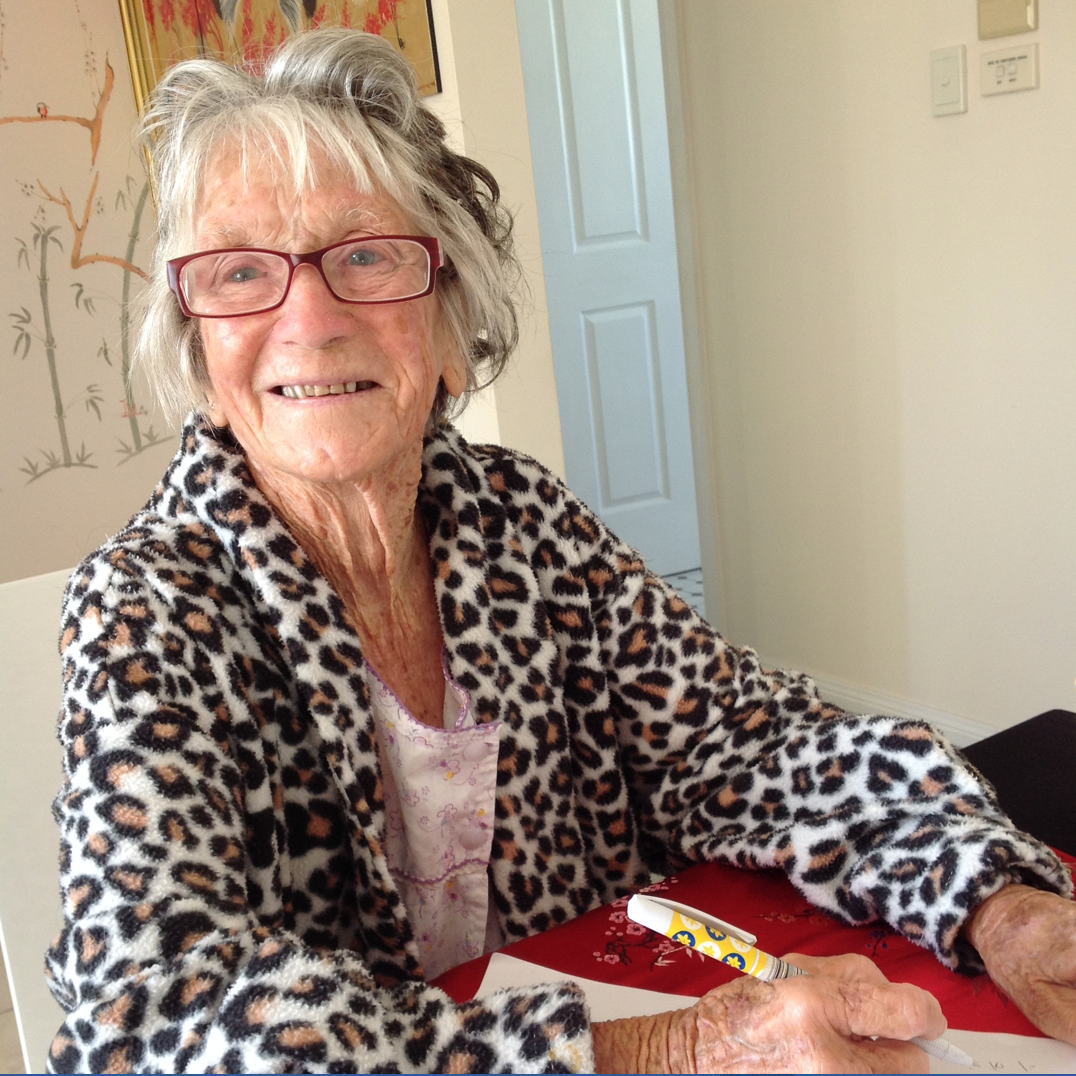 The reason I am exasperated, when mum was just cranky, is because my disposition is not as uplifting and indomitable as hers. Nobody’s could be. She never once asked ‘why me’, and she never complained about her situation. When we asked mum about her pain level, and hoping she had no more extreme pain flare-ups (a fact of life for many cancer patients, but she could not recall being forewarned), she would give a thumbs up, and try to manage a smile. She didn’t want us to feel down.

She left a message in April to inform me of her diagnosis and said ‘Darl, it’s all OK, just calling to let you know I’ve got the results back and I’ve got pancreatic cancer. No need to call back. Bysie Bye’.

It is easy to be exasperated when a person of such wonderful spirit had expectations of a painless death that could not be met.

Her poor quality of life in the last months was not the fault of her palliative carers. Her doctors and nurses at her hospital were professional, compassionate, and according to mum, ‘excellent’. All staff were committed and sensitive to the needs of patients in pain and suffering. However, more money is needed for the palliative care hospital system.

Mum’s needs have always been simple, but she couldn’t use a phone or TV because, apparently, three quarters of the phones and televisions in the hospital didn’t work. We had to buy and teach her how to use a mobile phone in her last month (so she could call us as required). In the absence of a working TV that would have taken her mind off things, she existed to think, breathe and stare at a ceiling when we weren’t there.

We can do better for our terminally ill in contemporary Australia.

Perhaps it is now moot, but it is interesting to speculate what mum would have done if she knew that she would eventually have two episodes of excruciating breakthrough pain: one requiring dramatic ambulance attendance, and the other while in palliative care. As well as these pain events, there is also a lack of dignity associated with this disease. She was toileted and showered, there was a cocktail of pills and suppositories, ongoing and frequent injections of painkillers and antiemetics, cannulas, little vomiting episodes, dryness, artificial saliva sprays (because drinking was nil or minimal), lack of appetite, nil food for the last week, emaciation, and gurgling respiratory infections. And that was in addition to the bowel blockage, the appearance of being six-months pregnant, the threat of possibly vomiting fecal matter, and knowledge that she would not be sedated so that scenario could never arise. And perhaps she should have buzzed the nurses every half an hour for extra pain relief, rather than waiting…

Until the last three days she still had a bit of spark. At that stage she indicated she would be happy to die then. She was then consumed by the disease, her optimism and vitality overrun as she drifted in and out of light sleep, signalling the onset of the inevitable. There was lots of hand-holding, lots of support, and distress at the discomfort of our loved one.

After her many pain events (minor events though were well managed in palliative care) and suffering, she died in the company of a nurse, while her loving husband and I, her eldest son, were but ten minutes away from being with her.

She would have preferred dying in the company of her loving family and relatives, and preferably at home. Who wouldn’t?

If she could have chosen her time of death, then the family could have been there for her. The extended family has been devastated.

Bet suffered more than I could or would wish to endure.

Many patients would benefit if increased funding were made available for the palliative care system, which is more likely if voluntary euthanasia were a legal option. If I were in my mum’s position, I would have chosen, intentionally, to die earlier, rather than suffer as mum did. If mum had been better informed and had chosen that option, she would not have suffered as much. Given the cost of doctors, nurses, medications, hospital beds, leave from work for visiting relatives and friends, there is a substantial cost to keep patients alive and in a relatively pain free state. This is a cost society chooses to bear, humanely, for those patients who wish to hang on to the natural end, such as my mum. We wouldn’t want it any other way.

On the other hand, there are better opportunities for governments to expend scarce health budget funds rather than where they are not wanted, especially in these times of austerity. Many patients don’t want excessive funds spent on them and would rather, if legal options were available, choose voluntary euthanasia rather than pain and suffering.

I want the option—I hope I will have the legal option—of voluntary euthanasia. Bet chose not to have voluntary euthanasia. Whatever her choice was, it was her individual choice about her life, and it needs to be respected, as everybody’s choice should be. Bet is no longer suffering, and for that we are relieved. She had a great life. She loved and was well loved. She might have joked that mums are always right, but on her chosen end-of-life journey, I suspect even she would say it didn’t meet expectations.